Two Ancient Herbs to Calm You Down | Natural Health Blog 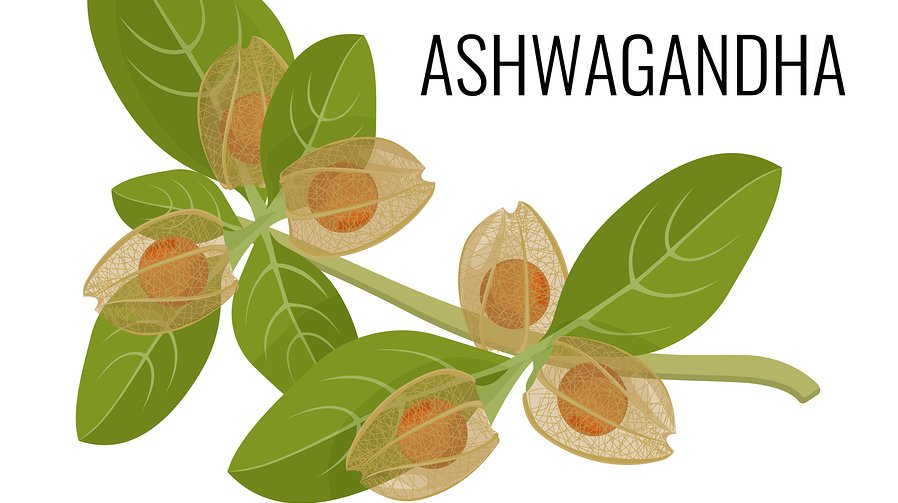 All that stress wreaks havoc with health, both directly and indirectly, since stress often leads to comfort eating, heavy drinking, and poor lifestyle habits. No surprise that rising numbers of us report having chronic disease and mental illness each year, in direct correlation to the rise in stress.

Most of us know that exercising and eating well help to ratchet down stress, but there are times (going for dental surgery, for instance, or to divorce court) when lifting weights just isn’t going to do the job. Thankfully, there are safe and fast herbal interventions that really do work, either alone, or in combination. Here are two:

Ashwagandha. Even the name of this herb sounds enchanted, as if it possesses magic, and indeed, the plant has been revered by Ayurvedic practitioners in India for at least 4000 years because of its varied and formidable healing powers. However, the name actually comes from a Sanskrit word with a somewhat less magical translation; it means smell of a horse—referring to the fact that the herb confers the strength of a stallion.

Various studies support the use of ashwagandha as a fertility enhancer, memory booster, anti-cancer agent, blood sugar and cortisol regulator, inflammation reducer, sports performance aid, and nervous system regulator. Its use as a stress-reliever, though, is what it’s best known for. A 2012 study of 64 chronically stressed individuals, published in The Indian Journal of Psychological Studies, found that those in a group receiving 300 mg of ashwagandha root twice daily experienced a remarkable 72 percent dip in their scores for depression and anxiety on standard psychological tests after two months on the supplement and a 44 percent drop on the “perceived stress” scale.3 “Ashwagandha Benefits: Ease Stress and Anxiety by 44 Percent.” 6 Marc 2017. UHN Daily.22 Jul7 2017. http://universityhealthnews.com/daily/stress-anxiety/ashwagandha-benefits-ease-stress-and-anxiety-by-44-percent/  Also, their cortisol levels dropped by 28 percent compared to the control group receiving a placebo. Since cortisol levels rise when stress becomes severe enough to affect the body, this is particularly significant.

Likewise, an earlier study published in the journal Phytomedicine found that subjects who took ashwagandha for five days reduced anxiety at least as much as those taking the prescription drug lorazepam (Ativan), plus they also experienced antidepressant effects similar to what they would have gained taking the antidepressant Tofranil (imipramine)—and all without the toxic side effects.

One of the great things about ashwagandha as opposed to some other relaxants is that it confers benefits without making you drowsy. And whereas valium and other prescription benzodiazepines can cause side effects like constipation, depression, fainting, muscle spasms, addiction, and deadly allergic reactions, the side effects of ashwagandha are primarily beneficial: appetite suppression, lowered depression levels, improvement in memory, and possibly even regeneration of nerve cells in the brain.4 Kiefer, Dale. “Ashwagandha Stress Reduction, Neural Protection, and a Lot More from an Ancient Herb.” June 2006. Life Extension.  22 July 2017. http://www.lifeextension.com/magazine/2006/6/report_ashwa/page-01

Because of its beneficial effect on the nervous system, as we previously reported, ashwagandha may be helpful in slowing the manifestation of Alzheimer’s Disease, or even in reversing some of its effects.  “[A] study published in the British Journal of Pharmacology in 2005 indicated that ashwagandha may actually stimulate nerve regeneration,” he reports. “The researchers were studying Alzheimer’s and the effects of ashwagandha on the recovery of brain function.”

The only potential negative consequence of taking ashwagandha is that the plant is actually in the nightshade family, so if you have nightshade sensitivity, it may not be for you. Otherwise, Jon Barron recommends that you take 600 to 1000 mg, twice a day for the whole herb. In a concentrated extract, most studies indicate that 160 mg a day is adequate.

Lemon Balm
Another herbal remedy that dates far back before Columbus sailed the ocean blue, lemon balm, was used in the Middle Ages as a sleep aid, indigestion cure, appetite stimulant, and stress reliever. The 15th century physician Paracelsus recommended using lemon balm for “all complaints supposed to proceed from a disordered state of the nervous system.”5 Scholey, Andrew et al. “Anti-Stress Effects of Lemon Balm-Containing Food.” 6 November 2014. Nutrients. 22 July 2017. http://www.ncbi.nlm.nih.gov/pmc/articles/PMC4245564/ Modern science has validated what our ancestors knew: lemon balm does, in fact, have anti-anxiety and curative properties. Happily, it belongs to the mint family and, like mint, grows all over the world, so you might be able to plant and cultivate your own patch.

Many clinical studies of lemon balm have found it effective as a relaxant when combined with other herbs, but lemon balm also works well on its own, particularly when it’s in a bioavailable form.  A 2014 study published in the journal Nutrients asked subjects to take lemon balm extract in one of three liquid forms. The first two formulas consisted of extract in a water base, but one was sweetened with an artificial sweetener and the other with a low-glycemic fruit juice. The third formula was in a yogurt base. A control group took a placebo. Those subjects who consumed the lemon balm in any form showed significant improvements over the placebo group in both mood and cognition within an hour, although those in the artificial-sweetener group actually had increased anxiety after three hours. But those who took the liquid lemon balm with natural fruit juice stayed calm hours later, and the effects were, according to the research report, “similar to that observed with more mainstream anxiolytics such as benzodiazepines.”  Unlike pharmaceuticals, though, the lemon balm worked immediately (valium-like drugs usually take an hour or more to “kick in”) without causing cognitive impairment and without lingering side effects.

Other research has found similar benefits, although all the studies to date have been small. Nevertheless, there’s enough evidence already that lemon balm indeed does act as a “balm” to the nervous system to make it a worthy addition to your anti-stress arsenal.

Have a “Healthy” Thanksgiving Holiday