As we’ve written before, loneliness is a significant public health problem that has life-shortening effects equivalent to smoking 15 cigarettes a day. Loneliness borne from isolation is a particular problem among seniors, especially now that so many are sheltering in place. Twenty-eight percent of those over the age of 65 in the US live alone, and that percentage increases with age. For instance, half of all women in the US over the age of 75 live alone. While living alone doesn’t necessarily result in loneliness, there’s certainly a strong correlation. In an AARP study, 30 percent of the 2000 subjects, who were aged 50 to 80, said they socialized with family or friends only once a week, at most. And a British study found that over nine million citizens claim to be lonely “always or often.” For the 35.7 million Americans who live alone during a pandemic, that means no meaningful social contact at all, potentially for months on end.  Since lockdowns, roughly a third of American adults report feeling lonelier than usual.

The health impacts of isolation and loneliness have been observed in numerous studies. In the AARP study mentioned above, those respondents who lacked companionship or felt socially isolated were at more than twice the risk of fair or poor health compared to those who were rarely isolated or alone. And, those who felt isolated were eight times as likely to have mental health problems. Earlier studies that we reported on found that loneliness increases the risk of early death by 50 percent and that it equals obesity as a risk factor.

Siri or Alexa, with Emotion

Perhaps you’ve been awed when observing the relationship you or your loved ones have built with Siri or whatever voice drives your technology. Anyone who has Alexa knows how spookily life-like the voice in the box can seem. When Alexa reminds you to take your pills or tells you she doesn’t understand your question, it’s almost like having a living, breathing person in the room. Almost, but not quite. Alexa simply barks out orders or helps with tasks. There’s not substance enough to build a relationship upon.

But what if Alexa could ask how you’re feeling and then offer solace if you indicated any sort of distress? Would your loneliness decrease? What if Alexa looked cute or humanoid, rather than like a black box? Would an emotionally intelligent Alexa allay your loneliness?

Science is banking on it. Wherever there’s a problem, industry discovers a way to turn a profit, and thus scientists have been working to come up with technology that will allow you to talk to your device and get the type of response a compassionate friend might offer.

Like the android, Data, in Star Trek who so wanted an “emotion chip,” software programs lack the ability to express and respond to feelings. It’s this difference that has traditionally differentiated human from machine. But that difference may soon be obsolete as scientists develop programs that can respond to verbal cues by offering support and understanding.

At the University of Alberta, researchers are programming teddy bears equipped with preprogrammed software to be companions to elderly people who live alone.1Huang, Chenyang and Zaiane, Osmar. “Generating Responses Expressing Emotion in an Open-Domain Dialogue System.” 17 April 2019. Internet Science. 14 August 2019. http://link.springer.com/chapter/10.1007/978-3-030-17705-8_9 The cute stuffed animals are all named “Ana,” which stands for Automated Nanny Agent. The Anas are still under development. The programmers have been teaching them how to identify human emotions by feeding thousands of tweets into the software, each tweet marked with a hashtag indicating an emotion—for instance, “#Happy! I graduate today” or “#Angry. Property taxes up 20%.” They also fed thousands of movie scripts to the software so it would “learn” appropriate responses to expressions of emotion. The scientists currently are refining the software so that its responses are appropriate—they don’t want the little Anas to learn to respond to love by slapping their owners and yelling “Snap out of it!” like Cher did to Nicholas Cage in Moonstruck.

Study Director Osmar Zaiane, Director of the Alberta Machine Intelligence Institute, says, “We envision a device that’s emotionally intelligent. Where an elderly person can say ‘I’m tired,’ or ‘it’s beautiful outside,’ or tell a story about their day—and receive a response that carries on the conversation and keeps them engaged.”
So far, so good. Dr. Zaiane says the early results show that the Anas indeed are learning appropriate responses and subjects are responding to the emotional dialog.

Several companies already have robots on the market to fulfill functions previously served by humans. For instance, SoftBank Robotics offers a lifelike model named “Pepper” and another named “Nao” that can be employed by companies to greet customers; recognize customer age, gender, mood and so on and make recommendations accordingly; provide services and teach customers about company offerings.  The robots don’t look like anyone you’d want your kids to date—they look like robots–but cute R2D2 type robots, and they move well.

The fact is, there are already very human-looking robots out there and experts say their emotional programs can be developed to the point where they experience independent, if rudimentary, emotion and form attachments to humans. If you’re a sci-fi fan, you may fear such development could go very wrong. In the meantime, though, the field certainly does offer hope for the lonely, or at least, the lonely with very deep pockets.

Why Not Just Get a Beagle?

While having a pet certainly can buffer loneliness, many seniors live in buildings or facilities that don’t allow pets. Plus, pets require care—walking, feeding—that some seniors can’t give. Even more, researchers think they can tweak devices like Ana to function as all-around home-care helpers. Future versions, for instance, could:

Are We There Yet?

The fact is that science is just a breath away from taking Siri to the next level. Chances are good that within a few years, our devices will be able to interact with us on a more human level. Robots are already becoming a fixture in business and retail settings, and it makes sense that for as long as loneliness exists, humans will try to find ways to make those robots friendlier and more useful. Those who fear a robot apocalypse may soon find they’re sleeping with an Ana, just as those who shunned cell phones 10 years ago now carry the latest Samsung or Apple release. And as with cell phones, some people will be early adopters, and some will be late adopters—but in the end, everyone will probably become an adopter to some extent, even if it is just for help cleaning and making dinner. 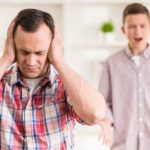 The Challenge of Living With Adult Children