The Downfalls of Being Popular | Mental Health Blog 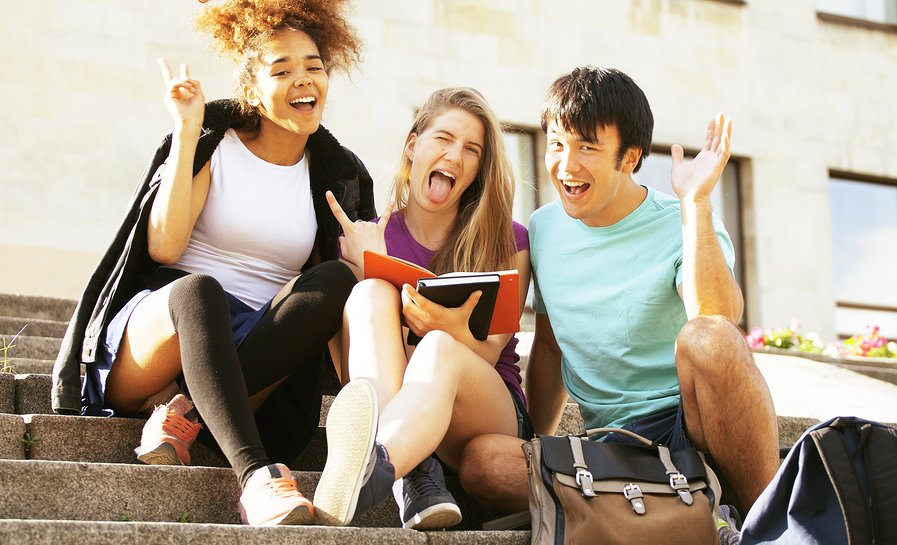 Some years ago, I attended a conference of accomplished journalists and authors, and the presenter asked all those who were popular in high school to raise their hands. Out of an audience of perhaps 500, only a few dozen hands rose into the air.

“You see,” the presenter said. “There’s an inverse relationship between high-school popularity and creative success. If you’re popular in 11th grade, you can almost guarantee that you’ll have an unremarkable adulthood. If you’re unpopular, you have a shot.”

Certainly, no current high-school kid would buy that line of thinking—to be popular seems like everything when you’re age 16—witness movies like The Duff, Mean Girls, and Easy A—­­but it turns out that there’s evidence to support the idea that popularity in high school doesn’t necessarily lead to glory and joy later in life. In fact, according to a study just published in The Journal of Child Development, people who were popular in high school end up significantly unhappier than their less-heralded peers by the time they reach age 25.1 Welch, Ashley. “High school friendships might predict future well-being.” 24 August 2017. CBS New. 24 August 2017. http://www.cbsnews.com/news/high-school-friendships-might-predict-mental-well-being-later-in-life/ They also have more social anxiety, oddly enough, and lower self-esteem than those who had just a few close friends.

These findings come from a study just completed at the University of Virginia. Researchers started with 169 15-year-olds who they followed for 10 years, until the subjects turned 25. Every year, the participants answered questions about who their friends were and the nature of their friendships, and they were evaluated for symptoms of social anxiety, depression, and insecurity. The researchers also interviewed the friends of the subjects and surveyed classmates to get a sense of how the subjects ranked in terms of popularity: those with the most number of votes as “someone desirable to spend time with” were considered the most popular.

After the results were in, it turned out that having a few close friends in high school led to better mental health, self-regard, and happiness in adulthood than did being at the top of the heap. The scientists concluded that those who were able to forge real bonds of friendship in adolescence—which they defined as “friendships with a degree of attachment and support, and those that allow for intimate exchanges”—instead of simply amassing lots of superficial admirers ended up in a better place psychologically once they escaped the high school environs.2 Bergland, Christopher. “High School Popularity May Backfire Later in Life.” 22 August 2017. Psychology Today. 26 August 2017. http://www.psychologytoday.com/blog/the-athletes-way/201708/high-school-popularity-might-backfire-later-in-life

And so once again, we see how important forming close relationships is to mental health. As study co-author Dr. Joseph Allen notes, “Being well-liked by a large group of people cannot take the place of forging deep, supportive friendships… As technology makes it increasingly easy to build a social network of superficial friends, focusing time and attention on cultivating close connections with a few individuals should be a priority.” This study underlines the fact that it’s important to build the skills required to create and maintain close personal relationships early in life, and to put emphasis on that task, instead of working hard to build a large network of admirers.

These study results aren’t going to convince any high-school wallflower that being named prom queen (or king) may be hazardous to health, that ultimately it might be better to spend prom night discussing The Catcher in the Rye with your BFF, but the fact is other research also supports the idea that less popular kids fare better in the long run.3 Wallace, Kelley. “Cool kids study offers revenge for nerds.” 20 June 2014. CNN. 26 August 2017. http://www.cnn.com/2014/06/12/living/cool-kids-study-parents-duplicate-2/index.htmlhttp://www.cnn.com/2014/06/12/living/cool-kids-study-parents-duplicate-2/index.html Research in 2015, for instance, also by the University of Virginia, found that the cool kids in junior high school are 40 percent more likely to abuse drugs and alcohol in adulthood compared to their less popular friends, and they’re 22 percent more likely to end up with criminal records.4 “Cool kids more likely to find difficulty in older life, study finds.” 2 August 2015. News.com.au. 26 August 2017. http://www.news.com.au/lifestyle/real-life/wtf/cool-kids-more-likely-to-face-difficulty-in-older-life-research-finds/news-story/92aa5dcdcb1e92950cd58454c514eaa4 The researchers hypothesized that in order to maintain the “oh-so-cool” façade, the popular kids resorted to increasingly risky behaviors over time, and that’s how they ended up in trouble.

In both studies, the sample size was small, and in the second study, the “cool kids” were selected not based on peer evaluation, but on factors such as how many partners they had “made out” with, how attractive their close friends were, and how much marginal behavior they had engaged in, like stealing from parents and trying drugs.  To be sure, it may be that the researchers considered these kids “cooler” than their peers considered them. It’s also interesting that at least one study found that being popular in high school does not necessarily equate to being well-liked, counter-intuitive as that seems. Apparently, there’s a difference between being liked by peers because you’re a nice person to be around, versus being admired and envied because you’re at the top of the food chain, though you may be nasty and conceited—think Mean Girls.

So yes, there’s something to Revenge of the Nerds, but it isn’t necessarily a nerds-win scenario. Back in 2013, the National Bureau of Economic Research released a study which proved that high-school popularity correlated to higher earnings well into adulthood. It was a large study, following more than 4300 adolescent boys over a 40-year period that started in 1957. All the subjects were ranked according to their popularity at the outset of the study. By 1997, 40 years later, those who had been in the 80th percentile in their high school days were earning 10 percent more than peers who bottomed out in the 20th percentile. But here’s the rub: popularity was measured by how many people named each subject as their “best friend.” So, if Joe Smith got named as a best friend by three people, he’d be quite high on the popularity scale, as opposed to Bill Blatt who got no votes.

But in fact, Bill Blatt might have been the kind of guy that the first study labeled as popular. That is, he might have been prom king and admired by all, but without having any real close buddies. In other words, again, this study shows that it’s the ability to make real friends early on that counts, not the ability to rise to the top of the perceived-popularity pyramid.

What does all this add up to you for you? If you were a high-school reject, but you still hang with your bestie fellow-rejects, celebrate that fact. And if you don’t have close friends now and didn’t have them back then, either, it’s time to make some real effort to connect. Numerous studies support the reality that having good friends is critical to health, and even more important than having close family ties.5 Manneh, Elizabeth. “Massive Studies Find that Friends—Not Family—Are the Key to Happiness.” Readers Digest. 26 August 2017. http://www.rd.com/health/wellness/friends-are-better-than-family/ You might have missed the boat back when you still had hair, but it’s never too late to invite someone over for dinner or to take a walk with a person of interest.

6 Ways to Give More Compliments 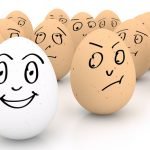