Sunday, April 30th is National Honesty Day— a rather odd occasion to merit a special day of the year when you consider that most of us have been brought up to believe that honesty should be a daily practice.  The reality, though, is that the honesty quotient of the average citizen would give George Washington fits. In fact, a 2002 study conducted by the University of Massachusetts found that the typical person can’t converse more than 10 minutes without telling a lie.1 Benjamin, Kathy. “60% of People Can’t Go 10 Minutes Without Lying.” 7 May 2012. Mental_floss. 30 March 2017. http://mentalfloss.com/article/30609/60-people-cant-go-10-minutes-without-lying Think that’s shocking? The study also found that the average person lies not just once, but three times every 10 minutes!

And it’s not just in conversation that we lie. Scientific American reported that 90 percent of people looking for love tell lies in their online profiles. They make themselves thinner, taller, richer, and so on. But that’s strangers. Certainly, we don’t lie to those close to us—or do we? In conversation, we’re most likely to lie to our parents (86 percent of the subjects did so), and then to our friends (75 percent). Then again, the lies aren’t all that big for the most part—they tend toward trivial things that make us look better or that spare the feelings of others. (“Oh, I just love that haircut on you…;” “Of course I only ate half the dessert…”). As the science fiction writer Arthur C. Clarke so wittily observed, “The best measure of a man’s honesty isn’t his income tax return. It’s the zero adjust on his bathroom scale.”

Maybe it’s because the mistruths we tell seem so trivial and incidental, at least to ourselves, that we have little awareness that we’re spewing out one falsehood after another. The study found that people were shocked when they watched video playbacks of themselves and saw how often they fibbed.

The thing is, lying even about the little things takes a toll on health. That’s according to a Notre Dame study presented at the 2012 annual American Psychological Association (APA) meeting.2 “Lying Less Linked to Better Health, New Research Finds.” 4 August 2012. American Psychological Association. 30 March 2017. http://www.apa.org/news/press/releases/2012/08/lying-less.aspx The study followed 110 participants aged 18 to 71 for a period of 10 weeks. At the outset, these participants lied far less frequently than the once-every-10-minutes found in the Scientific American study, with “only” 11 fibs per person the weekly average. Still, the researchers wondered if such lying took a toll on health, and so they split the participants into two groups, instructing one group to refrain from all lies, exaggerations, omissions, and other creative forms of truth evasion for the entire 10-week period. The other group was allowed to carry on with lying as usual. At the end of each week, participants submitted to polygraph tests to check their veracity levels.

Amazingly, the subjects in the tell-the-truth group managed to lie less often just by being told to give it a go. Even more amazingly, the effects on both physical and mental health were dramatic. According to a press release issued by the American Psychological Association, “When participants in the no-lie group told three fewer lies than they did in other weeks, they experienced on average about four fewer mental-health complaints, such as feeling tense or melancholy, and about three fewer physical complaints, such as sore throats and headaches.” And as an added bonus, reducing the lies improved relationships all around, the subjects reported.

It’s interesting that we lie at least some of the time to avoid hurting others, but when we lie, we hurt ourselves. Also, when we tell the truth instead of trying to spare feelings, we get along with others better—at least according to the study. Perhaps even minor lies put us at a distance from ourselves, and when we aren’t fully in our own skins, it causes us stress and the resultant health issues that stress can trigger, and then we aren’t pleasant to be around, and we fight with our dear ones. You tell Alice “I love that haircut on you,” but you feel uncomfortable every time you look at Alice and know that the haircut makes her look like her grandmother. On the other hand, if you say, “Sorry, I liked your last cut better,” you feel perhaps a second of discomfort, but that’s followed by relief. You haven’t lied and Alice will hopefully let her hair grow back. And Alice, although perhaps surprised and slightly irked by your blunt critique, learns she can trust you to tell the truth.

Given that lying takes such a toll, why do we do so much of it? A 2014 study from the Berkeley Haas School of Business tells us that we’re wired to lie to gain personal advantage.3 MacClay, Kathleen. “Study links honesty to prefrontal region of the brain.” 8 September 2014. Berkeley News. 31 March 2017. http://news.berkeley.edu/2014/09/08/study-links-honesty-to-prefrontal-region-of-the-brain/ The impulse to lie is actually embedded in the dorsolateral prefrontal cortex region of the brain, the study found, and that impulse will kick into action unless we deliberately use will power to control it.

If willpower seems inadequate to reign in your lying ways, you might try associating with more honest people to see if you’ll soak in some inspiration by observing their example. If that’s your plan, it probably would be useful for you to know that honest people seem to congregate in certain geographic areas. A study from the University of East Anglia’s School of Economics found that people in Great Britain, for instance, had fairly high honesty levels compared to 16 other countries, the US among them.4 “Study finds honesty varies significantly between countries.” University of East Anglia. 31 March 2017. http://www.uea.ac.uk/about/-/study-finds-honesty-varies-significantly-between-countries China, on the other hand, didn’t fare well at all, with low honesty scores all around.

Honesty levels vary considerably from one region to the next within the US, too. Like the ancient Greek philosopher Diogenes, who walked around in daylight holding a lamp up to the faces of passersby in search of an honest man, the Honest Tea Company decided to find where honest people lived.5 “The National Honesty Index.” Honest Tea Compnay. 2 April 2017. http://www.honesttea.com/nationalhonestyindex/ And so, they set up 61 kiosks in every state in the US, with nobody manning any of them. Each kiosk offered a selection of teas and instructions to passersby to help themselves, and then deposit a dollar in a box nearby.6 “The National Honesty Index.” Honest Tea Company. 2 April 2017. http://www.honesttea.com/nationalhonestyindex/

The company has repeated the experiment for seven years running and the results have varied each year, but happily, the overwhelming number of imbibers from coast to coast do pay, with the latest study showing 95 percent of women giving their dollar, and 92 percent of men. (Women have consistently been more honest than men, year after year.) The most recent study found that the least honest people, by far, were in Washington, D.C., where two out of every 10 people skipped out without paying, while Honolulu was the most honest place in the country for three years in a row, with a 100 percent pay-up score. Back in 2012, Oakland, California and Salt Lake City had 100 percent honesty, but Los Angeles only scored 79 percent.

In any event, it seems clear that honesty pays. Though it may appear counterintuitive, science has shown us that lying, even about little things, ends up causing trouble. As William Shakespeare said, “Oh what a tangled web we weave when first we practice to deceive.” We start out trying to make ourselves look better and end up with a sore throat, shot nerves, and an angry partner. We try to appease that partner by minimizing or exaggerating or outright white lying, and end up with slammed doors and indigestion. The bottom line is that honesty is the best policy—unless, of course, you’re posting a Facebook Profile picture. 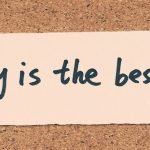 Do Little Lies Make Us Into Big Liars?