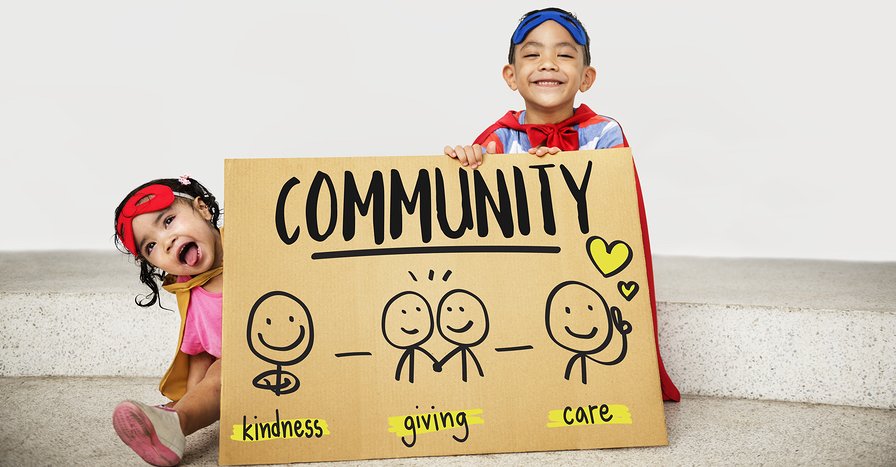 To paraphrase the Bible, “It is better to give than to receive.” Regardless of your religious beliefs, this piece of ancient wisdom just might be an important life lesson that can benefit your mental health. For while it can feel really good to get something we want badly, new research shows that our brains actually respond more positively to giving than receiving.

The study, which was conducted at the University of Zurich in Switzerland, found that being generous—or even thinking of being generous—is associated with positive brain changes that produce happiness.1 Park, Soyoung Q.; et al. “A neural link between generosity and happiness.” Nature Communications. 11 July 2017. Accessed 23 August 2017. http://www.nature.com/articles/ncomms15964. The results were based on an experiment involving 50 Swiss adults.

All the subjects were informed that they would be receiving 25 Swiss francs (the equivalent of just over $26 U.S.) each week for a month. There were two groups of participants; the first of which was committed to spending this money on other people with purchases such as gifts or meals, while the second group was committed to buying things for themselves.

Those in both groups were asked about their level of happiness at several points throughout the investigation. In addition, brain scans were taken of all the volunteers using functional MRI (fMRI) machines. The scans examined brain activity in three areas: the temporoparietal junction, which focuses on social interaction and generosity; the ventral striatum, which is a reward center that motivates us and makes us feel happy; and the orbitofrontal cortex, which is a decision-making center.

The brain scan results and the subjects’ descriptions of their feelings were highly in sync. After promising to generously share the money with others, there was a spike in brain activity related to happiness, as well as reporting happy feelings at that time. Brain activity involving happiness also increased when the giving actually took place, and it left those doing the giving feeling more overall happiness than their counterparts who treated themselves instead.

What’s more, various levels of generosity were examined to determine whether there is a threshold for this effect. To that end, the group that was dedicated to giving to others was offered a number of different options for how to distribute their money, some of which depended on greater displays of generosity. For example, there were instances of giving that cost the subject three francs and others that might only cost one franc, and the choice was up to them. The good news is that you don’t have to give away everything you own to be happy. As it turns out, the study found that all acts of giving increased happiness, and the size of the offering didn’t seem to matter. Even tiny acts of generosity increase happiness in participants as much as bestowing larger gifts.

It’s not entirely evident why our brains might react well to generosity, but it is possible that we are hardwired to be generous to some extent because humans are social animals who live in groups and giving benefits the overall society. Plus, when offspring are in the picture, it can be essential to put them ahead of one’s own needs to help them thrive. So, perhaps our brains are designed to function toward altruism and help us receive a contented feeling to encourage this behavior for the sake of society at large.

While this research was certainly limited by the small size of the population sample included, its findings still hold value. After all, the results were not based solely on how the volunteers described feeling, but also on quantifiable measurements of brain activity in regions known to be associated with happiness. So clearly, giving to others can produce positive feelings, and who doesn’t want to feel happier more often?

Plus, happiness was linked in a 2011 study at the University of Illinois at Urbana-Champaign to better overall health and longer life.2 Diener, Ed and Chan, Micaela Y. “Happy People Live Longer: Subjective Well-Being Contributes to Health and Longevity.” Applied Psychology: Health and Well-Being. 27 January 2011. Accessed 24 August 2017. http://onlinelibrary.wiley.com/doi/10.1111/j.1758-0854.2010.01045.x/abstract;jsessionid=79DB05AFB795B706DE55E3F8EA0C665F.f04t04. And generosity doesn’t have to be in the form of money to benefit your health, either. Giving some of your time by volunteering was shown in a 2014 study at Carnegie Mellon University in Pittsburgh, Pennsylvania to lower the risk of high blood pressure.3 Sneed, Rodlescia S. and Cohen, Sheldon. “Negative social interactions and incident hypertension among older adults.” Health Psychology. June 2014. Accessed 24 August 2017. http://www.apa.org/pubs/journals/special/2253306.aspx. So don’t wait until the holiday season to do something nice for other people. Seize the moment now, and whether it’s a kind act, a present, or some other form of generosity, make someone else’s day and you’ll be sure to reap some advantages as well.