Bring Your Video Games to Work 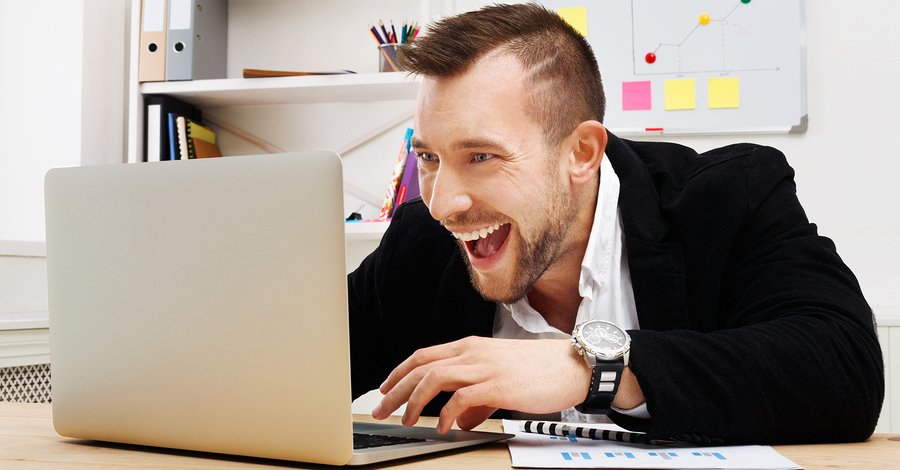 Even if you’re not in a frantic, life-or-death-decisions type of career, chances are good you endure a lot of stress on the job. Whether it involves meeting tight deadlines, dealing with unhappy customers, more work than can be finished in a day, or trying to please a difficult boss, there are quite a few things that can leave you stressed out and practically twitching by the end of the work day. But we’ve got some good news for you, if you can just convince management to agree to it. New research suggests that a great way to relieve your tension at work is to hit the Xbox or Play Station.

The study, which took place at the University of Central Florida in Orlando, found that even just a few minutes of playing video games can be an effective method of lessening frustration and stress while working.1 Rupp, Michael A.; et al. “Searching for Affective and Cognitive Restoration: Examining the Restorative Effects of Casual Video Game Play.” Human Factors. 21 June 2017. Accessed 2 August 2017. http://journals.sagepub.com/doi/10.1177/0018720817715360. The investigators focused on promoting relaxation at work because of the widespread problem of cognitive fatigue. Statistics show that more than half of the workers in the United States report feeling cognitive fatigue, which is a form of mental exhaustion that makes it harder to execute typical tasks on a regular basis while on the job.

To determine what might work best to combat mental depletion of this kind, the researchers recruited 66 subjects and gave them all a computer-based project designed to induce cognitive fatigue. Afterward, they were permitted a five-minute break, then randomly divided into three different groups. One group remained quietly seated in the testing room, restricted from using their cell phones or computers. The second group was instructed in guided relaxation. And the third group was asked to play a video game entitled Sushi Cat.

All of the participants were monitored several times during the experiment, tracking their stress levels, mood, and cognitive function. Surprisingly, it was only the volunteers who had played video games who expressed feeling better when the break was over. The group that had taken part in guided relaxation reported fewer negative emotions and less distress, but did not quite achieve rejuvenation. And those who sat quietly said they returned to work feeling less engaged in their tasks, which only increased their anxiety.

Of course, we need to take into account that this research included only a very small population sample, and different outcomes might occur in a larger pool of subjects. In addition, the five-minute time frame might have skewed the results to some extent in favor of video games. After all, video games are immediately immersive, and depending on the game, an entire start-to-finish run might be conducted in less than five minutes, giving players the additional satisfaction of completing their task. In guided relaxation activities, on the other hand, it may take several minutes just to refocus your mind on an image or affirmation.

In other words, certainly don’t discount the reliability of techniques such as guided relaxation for helping reduce your stress levels. But something like this might be better suited to lunchtime or another point in the day where you have more than five minutes free to reap some real benefits.

And as for playing video games at work, it might just be worthwhile to bring up the possibility with your boss. If you have a break room where you wouldn’t be disturbing others and you are able to play for only five minutes without feeling the need to continue on, this method of stress reduction could potentially be effective.  Then again, there are now a number of video games that can be played quietly in your cubicle or in the lunch break room on your smartphone while wearing earbuds. Choosing the right video game would be important as well. A 2014 study at the Max Planck Institute for Human Development in Berlin, Germany, found that puzzle-solving and platform type games have positive effects on the brain, while action-based games have a negative effect over time.2 Kuhn, S. and Gallinat, J. “Amount of lifetime video gaming is positively associated with entorhinal, hippocampal and occipital volume.” Molecular Psychiatry. July 2014. Accessed 3 August 2017. http://www.ncbi.nlm.nih.gov/pubmed/23958958.

But one way or another, figure out a way to ease your stress at work. You can show your managers some proof that employees with less stress are more productive. If video games aren’t allowed on the job and guided relaxation isn’t your thing, consider taking a walk at lunch or do a few stretching exercises, both of which can offer a mood boost and a drop in stress to help you get through the rest of the day in a better mental state.