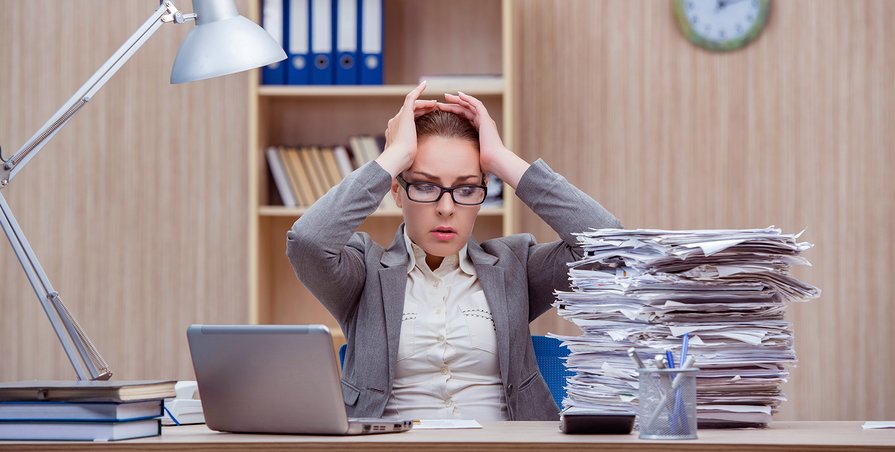 In 1980, a film called Nine to Five hit the big screen.1 http://www.youtube.com/watch?v=aOYDV3IIWFQ As their theatrical trailer said, “Twentieth-Century Fox presents a tribute to anyone who has ever been overworked, underpaid, and pushed to the edge by an ungrateful boss.” The name of the film refers to the fact that back then, most employees started work at nine in the morning and ended at five p.m. sharp, with an hour off for lunch. If you do the math, that adds up to 35 hours of work a week–less coffee breaks and water cooler time–and yet, as the trailer suggests, plenty of employees resented the “grueling” schedule. In fact, back then, most assumed the future would bring far fewer hours at the office and more play-time, as automation would make everybody’s job simpler.

But that’s not what happened, is it? Instead, work hours increased for most of us over the years, little by little; and now we are working harder than ever, putting in more hours, having far less time to come up for air. In fact, the average work week in the US now is 47 hours—12 hours more than back in 1980!2 Saad, Lydia. “The 40 Hour Work Week Is Actually Longer—By Seven Hours.” 29 August 2014. Gallup.  3 February 2017. http://www.gallup.com/poll/175286/hour-workweek-actually-longer-seven-hours.aspx. A whopping 40 percent of workers put in more than 50 hours per week, with 20 percent—one in five—doing more than 60 hours (one in four among salaried folks).  Only a measly eight percent work fewer than 40 hours a week.

All that time at the office takes a toll not only on physical health, but on mental health as well, says a new Australian study of 8000 workers. The researchers found that after 39 hours of work, mental health starts to decline.3 McCauley, Dana. “Working more than 39 hours a week damages physical and mental health, study finds.” 3 February 2017.  News.com.au.  3 February 2017. http://www.news.com.au/finance/work/at-work/working-more-than-39-hours-a-week-damages-physical-and-mental-health-study-finds/news-story/bdf0b3a4e4bb7243b6a7ea5fdda0ec7a Mental health was measured by administering instruments to measure anxiety and depression. What makes working excess hours particularly difficult is that a huge percentage of working adults are also primary caregivers, in charge of either children or elderly parents. In Australia, that percentage is about two-fifths of the workforce.  In the US, 60% of families with young children have two working parents, and about 70% of mothers work.4 “Employment Characteristics of Families –2015.” 22 April 2016. News Release. Bureau of Labor Statistics.  3 February 2017. http://www.bls.gov/news.release/pdf/famee.pdf

As the study authors note, “Long work hours erode a person’s mental and physical health, because [working too many hours] leaves less time to eat well and look after themselves properly.” By the way, quitting altogether is no solution. The researchers also found compromised mental health in those who worked too little, and in fact, at 39 hours, the average worker had peak mental health.5 Dennin, James.  “This is the maximum number of hours you should work each week to be healthy, according to science.” 2 February 2017. MicCheck Daily.  3 February 2017. http://mic.com/articles/167417/maximum-number-of-hours-you-should-work-each-week-to-be-healthy-according-to-esearch?bt_ee=AWimk7r2uA3dTLq9/oJ+TZzp9kmUHBozWiSa77Nhy5u+MsG+r0FndY+5cUr3KNSb&bt_ts=1486091460190#.41RIPx4Mg

For women, though, the scale was skewed, with women showing signs of distress even when working fewer than 39 hours.  That’s probably because women still do a majority of the domestic work and caregiving at home, making long work hours doubly stressful.  The study authors suggest that women shouldn’t work more than 34 hours a week for optimal mental health. So, maybe the movie Nine to Five wasn’t that far off after all, since the leads were all women.  By the way, it’s interesting thatthe researchers didn’t suggest instead that men should pitch in a little more with chores to equalize the burden.

In any event, in many places around the world, the government imposes limitations on the number of hours employees can work.  In France, for instance, the 35-hour work week is law.6 McLaughlin, Erin and Dewan, Angela.  “Why are the French on strike… again?” 2 June 2016. CNN.  4 February 2017. http://www.cnn.com/2016/06/02/europe/france-strikes-labor-reform-bill/ Meanwhile, the EU’s Working Time Directive sets the bar at a 48-hour cap, maximum, including overtime, with a guaranteed four weeks off for vacation.7 http://ec.europa.eu/social/main.jsp?catId=706&langId=en&intPageId=205 But in the US, as already stated, the typical workday is now 9 to 6, and overtime is a given.

The negative physical effects of working too many hours have been well documented in the past, as we have discussed in previous blogs.  But how can you know if all that time you are putting in actually is undermining your physical and/or mental health—if you are, in fact, burning out?

Here are 12 signs that you could be on the fast track to trouble:

If you recognize yourself in the above list, it is time to take action before your mental health declines or you find yourself seriously sick.  What can you do given that the norm is to work more hours than we are equipped to handle?

For one thing, you can schedule a vacation. You can make sure you’re taking those 15-minute breaks the law prescribes. Take lunch away from the office, and use the entire time allocated. Exercise before or during work. Eat well, even if the stress is getting to you. Talk to your boss honestly to see if you can ease some of the burden. And if all else fails, look for another job—or move to Europe.