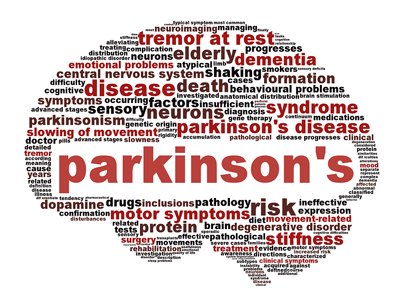 Movement tends to be greatly affected in people with Parkinson’s disease. The condition causes not only tremors, but muscle rigidity and slowed motion in patients. However, it may be that one form of movement can help diminish some of the problems Parkinson’s sufferers have to deal with. According to new research, a regular walking routine may be an important factor in relieving many symptoms of Parkinson’s disease.

The study, which took place at the University of Iowa Carver College of Medicine in Iowa City, found that individuals with mild or even moderate Parkinson’s disease can greatly improve their symptoms just by walking several times a week.1 Kwan, Nicole. “Brisk walking may improve Parkinson’s symptoms.” Fox News. 2 July 2014. Accessed 9 July 2014. http://www.foxnews.com/health/2014/07/02/brisk-walking-may-improve-parkinsons-symptoms The subjects were 60 adults diagnosed with Parkinson’s that was not classified as severe. Three times each week, they participated in walking sessions designed to offer moderate intensity. Each walk was 45 minutes long, and the average walking speed among the volunteers was approximately 2.9 miles per hour. At this pace, they were working out at 47 percent of their maximum heart rate.

The subjects donned heart monitors to obtain information on their cardiovascular activity. They also answered surveys focusing on physical aspects of their health such as fatigue levels, mental factors including mood state, and feelings about their overall quality of life. After the six-month experiment came to a close, the scientists determined that the participants were showing positive increases in both mood and motor function capabilities of 15 percent. They also reported a drop in fatigue of 11 percent, and an elevation in attention span and response control of 14 percent.

This is all very good news, but it’s not unexpected that exercise would increase endorphin production and provide the participants with a better mental outlook. It’s the physical response that is more surprising and truly wonderful for patients of Parkinson’s disease, who lose so much control over their muscles over time. The motor function increase among the volunteers averaged 2.8 points, which represents a statistically notable jump. Improvements in motor function are particularly important for those with Parkinson’s, since the disease affects muscles all over the body and typically leads to tremors, stiffness, coordination difficulties, and balance problems. According to the Parkinson’s Disease Foundation, between seven and 10 million people around the world have the condition, which causes a dopamine deficiency that affects areas of the brain responsible for movement and coordination.

The research was not set up to offer any explanations as to why walking might help reduce symptoms of Parkinson’s disease. However, it is possible that exercise has a positive effect on the brain and it’s capability to heal and regenerate new tissue. A 2010 study at Vrije Universiteit Brussel in Belgium found that the brain’s neuroplasticity was improved in response to exercise.2 Knaepen, K.; et al. “Neuroplasticity – exercise-induced response of peripheral brain-derived neurotrophic factor: a systematic review of experimental studies in human subjects.” Sports Medicine. 1 September 2010. Accessed 11 July 2014. http://www.ncbi.nlm.nih.gov/pubmed/20726622 Therefore, moderately-paced walking may promote some sort of repair in cells of the brain damaged by Parkinson’s, lessening its effects and staving off the progression for a period of time.

In addition to the fact that it sheds little light on why walking might alleviate some Parkinson’s symptoms, the current study has other limitations as well. The population sample was not only quite small, but was hand picked by the researchers based on very specific criteria. All of the participants had no signs of dementia (which is not uncommon in Parkinson’s patients), needed no assistive devices for walking, had no diagnosis of heart disease or pulmonary problems, and did not have any major orthopedic concerns. While many of these specifications allowed for a much smoother experiment in terms of compliance and ability of the volunteers, it also feels a bit like only the candidates most likely to succeed were selected. Plus, there was no control group against which to compare the findings.

Still, even with its flaws, the results should provide some hope to those with a disease for which there is no cure yet. And it is certainly better to achieve some significant physical and emotional improvements through walking, which will help in numerous other ways, than through either brain surgery or the use of pharmaceutical drugs such as levodopa, which can cause side effects that include involuntary movements, confusion, and restlessness.

Note: to learn about the connection between ammonia toxicity and tremors, Click Here.