Not Exercising as Harmful as Obesity | Natural Health Blog 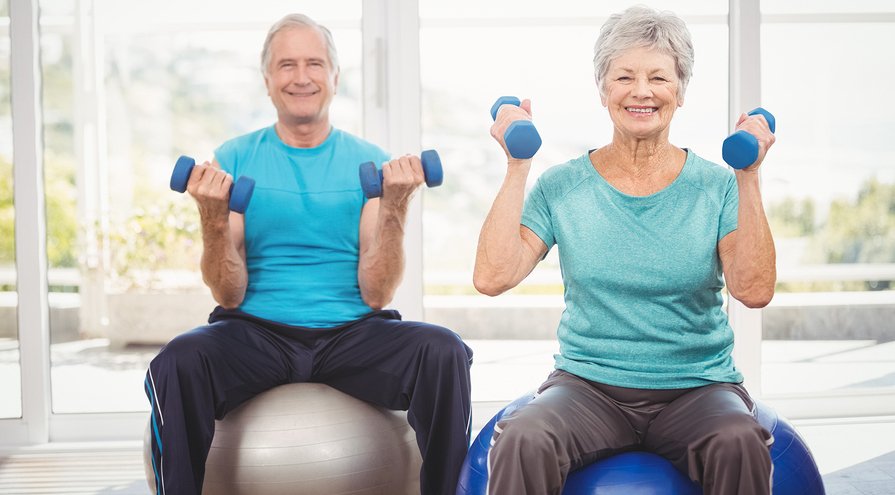 You lead a busy life. Between work, socializing, family commitments, and a home to take care of, you probably don’t have a lot of time to spare. So what tends to fall by the wayside? Oftentimes, any motivation to exercise. When you get home late in the evening, the last thing you may feel like doing is changing into workout gear and exercising for an hour. And who wants to get up an hour earlier to squeeze your workout in before heading off to work. But finding some time each day for physical activity is essential. In fact, new research suggests that exercise is one of the best ways to protect your heart throughout your life.

The study, which took place at Erasmus Medical Center in Rotterdam, The Netherlands, found that inactivity has a risk similarly to that of obesity for developing heart disease.1Koolhaas, Chantal M.; et al. “Impact of physical activity on the association of overweight and obesity with cardiovascular disease: The Rotterdam Study.” European Journal of Preventive Cardiology. 1 January 2017. Accessed 8 March 2017. http://journals.sagepub.com/doi/full/10.1177/2047487317693952 These findings were based on a large group of participants who reported their exercise habits and their height and weight for body-mass index measurements, and were tracked for 15 years.

Therefore, it was the lack of exercise that was a better predictor of the development of heart disease than a person’s BMI alone. Now of course, that’s not to say we should go ahead and pack on some extra pounds as long as we exercise, since in addition to the association with heart disease, being overweight is also linked to diabetes, certain cancers, high blood pressure, and more. But then again, a sedentary lifestyle has been shown to be equally dangerous, with ties to many of the same health problems.

There is one potentially huge issue with this study that might mean it doesn’t translate well to all other cultures. Residents of The Netherlands are apparently significantly more active than the typical American, at least. The volunteers who were considered to be only active at a low level reported at least two hours daily of moderate exercise, and those who were the most active reported approximately four hours of daily exercise. In the U.S., in contrast, two-and-a-half hours per week of moderate activity is considered a healthy level of activity for most people, which translates to less than 22 minutes per day. Much of the activity for the Dutch subjects came from riding bicycles to commute to work or for errand running, which can add up considerably.

But even with that caveat, the results of this research should be a resounding call to action for all of us to dedicate some time every day to a workout. There really should be no more excuses. After all, you probably find at least a half an hour a day to watch television, peruse your social media sites, or text with your friends. It can be just as easy to squeeze in that amount of time or more for exercise, and eventually it becomes so much a part of your routine that you won’t want to miss it.

Start by doing whatever works best for you. If getting up early to get your workout out of the way is your preference, set that alarm to give yourself the necessary time. Not an early riser? Fit in a workout during your lunch hour; do it immediately after work before you get busy with something else; or save it for the evening and exercise instead of watching one T.V. show. Heck, if it’s on a treadmill, you can do it while watching a T.V. show. The point is, you can do it if you really want to.

Pick a form of cardio that you like, maybe walking or biking, do it daily. You can even take a page from the Rotterdam residents and leave your car home if you live close enough to work or shopping. Add some stretching and flexibility exercises and a strength training routine along the way. Before you know it, you will be feeling so good that you’ll look forward to getting active every day, and the fact that it benefits your heart is just an added bonus.