Adult Biking Injuries on the Rise 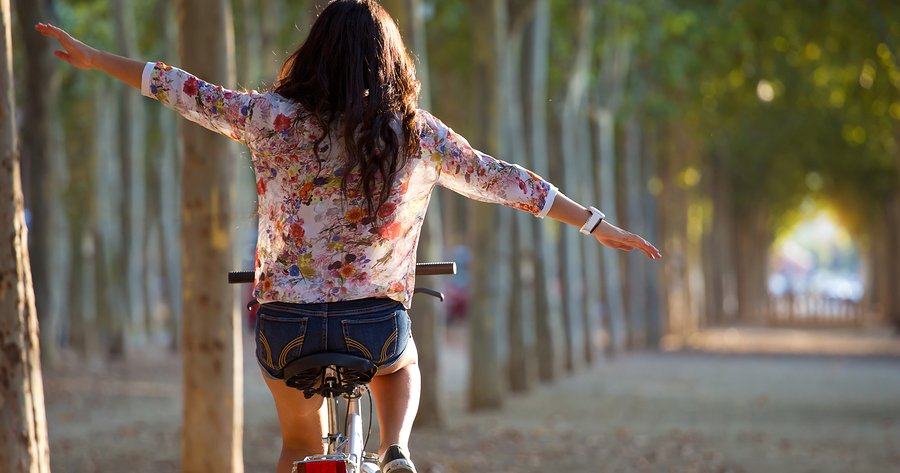 When you’re looking for a good workout, there are many factors to take into consideration to ensure you’ll enjoy an activity enough to actually stick with it. One great form of exercise, especially as we get older and may find the joints a little disagreeable to higher-impact options, is bicycling. Out in the fresh air, whether riding through the streets, down country lanes, or on a bike path in a park, biking can be a terrific workout for your muscles and your heart. So it’s wonderful that so many adults have joined the trend and a recent survey by Breakaway Research Group showed that an estimated 29 percent of Americans 18 and over rode a bike recently.1 “U.S. Bicycling Participation Benchmarking Study Report.” Breakaway Research Group. March 2015. Accessed 6 September 2015. http://b.3cdn.net/bikes/7b69b6010056525bce_ijm6vs5q1.pdf Which is all very good news, except for the fact that this has apparently led to a major jump in injuries and deaths among older bikers according to new research.

The study, which took place at the University of California San Francisco, found that hospital admissions due to injuries sustained while bike riding have more than doubled in recent years, with the most substantial increase among people 45 and older.2 Sanford, Thomas; et al. “Bicycle Trauma Injuries and Hospital Admissions in the United States, 1998-2013.” Journal of the American Medical Association. 1 September 2015. Accessed 6 September 2015. http://jama.jamanetwork.com/article.aspx?articleid=2432153 The scientists analyzed hospital records compiled through the National Electronic Injury Surveillance System from 1998 through 2013. They discovered that hospital admissions for adults with bike injuries rose by a whopping 120 percent and, more significantly, the rate of head injuries increased by 28 percent in that 15-year period.

Now, it stands to reason that if more adults have taken up bicycling, there will be a corresponding uptick in injuries. However, this large spike is counter to the corresponding rates for children. While a larger percentage of children overall ride bicycles regularly, their death rate has fallen tremendously, with a decline of 86 percent since 1975.3 “Pedestrians and bicyclists.” Insurance Institute for Highway Safety. Accessed 7 September 2015. http://www.iihs.org/iihs/topics/t/pedestrians-and-bicyclists/fatalityfacts/bicycles The children are clearly benefiting from state laws about helmet use that is only focused on youths and not adults.

Aside from less consistent wearing of helmets in adults, are there other issues that may be contributing to higher injury rates? Most likely, yes. As we get older, problems may develop in balance, deteriorating vision–especially the loss of peripheral vision–and we frequently do not have the quick reaction time we once enjoyed. All of this makes older bikers more prone to experience a collision while riding or take a nasty spill. And it is definitely more dangerous for a 60-year-old to fall from a bike than for a 30-year-old in terms of the probability of fracturing a bone.

Nor is this the first research to note a risk to older bike riders–or even those approaching middle age, for that matter. A new study at the Centers for Disease Control and Prevention in Atlanta, Georgia determined that the death rate for people between the ages of 35 and 54 who cycle has tripled over the course of the last 40 years.4 Vargo, Jason; et al. “Bicyclist Deaths Associated with Motor Vehicle Traffic – United States, 1975-2012.” Centers for Disease Control and Prevention. 14 August 2015. Accessed 7 September 2015. http://www.cdc.gov/mmwr/preview/mmwrhtml/mm6431a1.htm

But don’t put your bike up for sale on eBay just yet. If you enjoy cycling, then you should definitely stick with it…just take a few measures to increase your safety level. The importance of wearing a helmet cannot be stressed enough, so don’t even get on your bicycle without it. If your night vision is not quite as sharp as it used to be, avoid riding after dark. While that’s relatively easy during summer’s longer periods of daylight, it just may mean being more creative about the timing of your ride as days get shorter during the other seasons. Go in the morning before work, or eat at your desk and hop on your bike during lunchtime.

Another thing to consider is where you ride. If you live in a congested city or town, traffic may pose a major hazard. Instead of cycling on the streets, opt for a bike path through a preserve or park. You’ll still have to be on the lookout for joggers and other cyclists, but at least you won’t be at risk of coming up against a two-ton vehicle there.