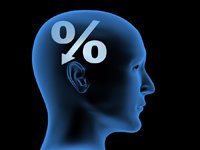 “Hypertension medication.” That’s a phrase you never want to hear your doctor utter, but if your blood pressure spikes over the recommended levels, chances are good you’ll be prescribed pills that you’re supposed to take for life. The physician will probably admit that all blood pressure medications have side effects, but also will say that the risks from the side effects pale in comparison to the risks posed by hypertension.

If you’re lucky enough to have an illumined physician, he or she might try to help you get off the pills by suggesting that you lose weight, watch your diet, exercise more, quit smoking, start to meditate–these things tend to bring blood pressure down. But not all patients comply and not all doctors bother to coach patients to reduce the need for medications. Plus, there are those individuals like my skinny friend Jim, who has high blood pressure in spite of running marathons and eating well, who has tried alternative approaches, and who seems to be stuck with the condition because of some hereditary curse.

There’s an alternative looming that might help people like Jim without causing the miserable side effects so many hypertension medicines cause. Scientists in Japan recently developed a vaccine that obstructs a hormone caused angiotensin II. This hormone causes blood vessels to constrict, and because hypertension typically is caused by narrow blood vessels that make the heart work harder to pump blood to the arteries, relaxing those blood vessels usually works well to lower blood pressure.1 Ashford, Kate. “What if You Could Take a Blood Pressure Vaccine?” 27 May 2015. Forbes. 29 May 2015. http://www.forbes.com/sites/kateashford/2015/05/27/blood-pressure-vaccine/ In fact, that’s exactly what one class of hypertension drugs, ACE inhibitors (angiotensin converting enzyme inhibitors), does. ACE inhibitors include widely prescribed medications such as Lisinopril and Benazopril.2 “Ace Inhibitors.” Medicine.net. 30 May 2015. http://www.medicinenet.com/ace_inhibitors/article.htm

The new hypertension vaccine was tested on rats at Osaka University, with the rodents receiving three treatments two weeks apart. The rats experienced lowered blood pressure for as long as six months after vaccination. In addition, they showed reduced tissue damage to their hearts and arteries and no damage to the kidneys or liver, a significant result given that many hypertension medications do cause organ damage.

Researchers and health professionals herald the possibility of a hypertension vaccine as a giant leap forward because it might counteract what they punitively call “noncompliance,” which refers to patients who don’t take their medication or who skip doses regularly. As study director Dr. Hironori Nakagami of Osaka University says, “The potential of a vaccine for hypertension offers an innovative treatment that could be very effective for the control of non-compliance which is one of the major problems in the management of hypertensive patients.”

While doctors point to the fact that typically hypertensive patients are “old” and therefore may have memory problems that make them forget to take their pills, the truth may be that many patients don’t take the pills because they hate them. Again, all blood pressure medications have side effects, including the ACE inhibitors that the vaccine resembles, which can cause a dry cough that persists, dizziness, headaches, weakness, fatigue, hair loss, and many other unpleasantries. ACE inhibitors also can cause kidney damage, kidney failure, and fatal allergic reactions. But there is one nice thing you can say about ACE inhibitors. Unlike most blood pressure medications, they do not cause erectile dysfunction.

Aside from circumventing noncompliance, a vaccine would cost considerably less than the medications currently on the market. Hypertension pills can cost up to $1200 annually, but vaccines typically run anywhere from $40 to $300 tops, which would make treatment more accessible to hypertensive patients paying out of pocket as well as to patients in developing countries.

Dr. Nakagami estimates that it will take two to three years before the vaccine can be tested on humans, although, in fact, back in 2008, the Lancet reported a study on 72 human subjects who had mild to moderate hypertension. The participants received a peptide vaccine that was intended to trigger an immune attack on angiotensin II. While that vaccine lowered morning blood pressure, the effects lasted only several months and there were some reports of irritation at the injection site and flu-like symptoms.3 Hitti, Miranda. “Hypertension Vaccine in the Works.” 7 March 2008. WebMD. 29 May 2015. http://www.webmd.com/hypertension-high-blood-pressure/news/20080307/hypertension-vaccine-in-the-works That work was considered quite preliminary, although at the time, the researchers estimated that if perfected, about two vaccines a year would be all that would be required to keep blood pressure down.

This new vaccine is another animal entirely, in that it is incorporated into DNA.  “DNA vaccines” are relatively new, although a West Nile virus DNA vaccine for horses was approved in 2005. Dr. Nakagami explains, “We developed the DNA vaccine to induce anti-angiotensin II antibodies, which can bind angiotensin II and inhibit its function. But how to regulate the duration of antibody production is still unknown.”

Given that more than 70 million people have high blood pressure-or one in every three adults-the quest to find a non-harmful yet effective solution is important. Again, there are obvious, natural approaches that lower blood pressure, including going to the gym, dropping the donut and caffeine habit, and so on; but these solutions don’t suffice for patients like my friend Jim with persistent hypertension or for those who can’t or won’t take better care of themselves–and, apparently, a whole lot of folks fall into that category. A safe vaccine might offer a brilliant solution, but the proviso here is the word “safe.” Would a hypertension vaccine really be safer than the pills?

That’s the unknown. If a relatively safe vaccine comes on the market, it would represent a giant step in healthcare management for lots of individuals. But if a vaccine that gets approved turns out to be not so safe, those patients who have negative reactions to it couldn’t simply stop treatment once the medication was released into the body–they couldn’t choose to be instantly noncompliant. They would have to cross their fingers and wait several months until the effects of the vaccine wear away. We can only hope that the researchers come up with something relatively benign.