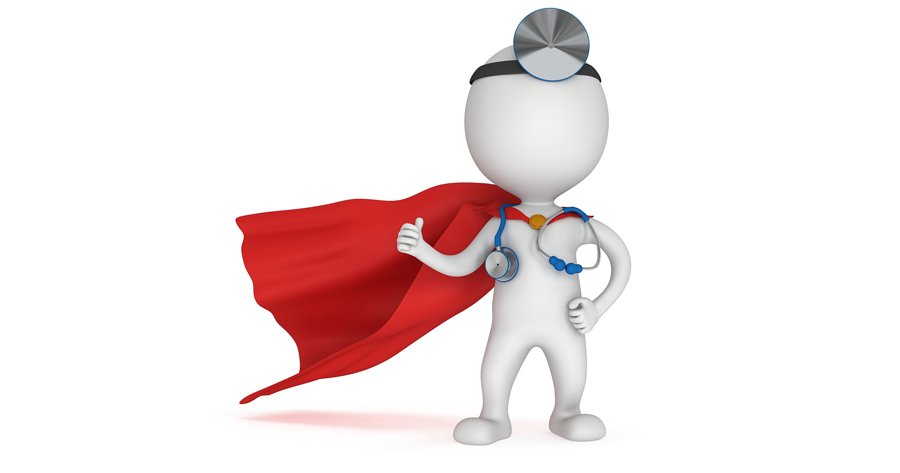 If you’ve partaken of medical care any time in the last few decades, you know the drill. You show up early, as instructed, to fill out paperwork. Then you hang out in the waiting room reading one magazine and then another, watching the clock, until you’re finally ushered into an exam room where you again wait. And wait. A nurse takes your blood pressure which is elevated because you’re so stressed just from being in the doctor’s office, not to mention knowing you’re missing the next thing on your schedule. Finally, the harried doctor breezes in and spends 10 minutes with you before moving on to the next patient. Maybe she tells you to wait because you need more tests or a prescription or to get some results–she’ll be back. If it’s a specialist you’re seeing, forget 10 minutes; the doc only gives you three minutes, goes next door to the next patient, and then returns to you for a few more minutes of exam.

The practice of seeing multiple patients at once is so commonplace now that we don’t think about it, just as we don’t react when our friends take cell phone calls in the middle of lunch with us. Multitasking, multi-patienting–it’s all just part of the prevalent “be double-productive at every second” ethic. But even with the lot of us doing many things at once, it’s shocking to discover that–and hold onto your hat for this–surgeons also double-task, cutting one patient open in operating room A and then scooting over to operating room B to stitch up someone else.

A recent article in The Boston Globe makes clear that “concurrent surgery,” as it’s called, is common practice, and not just in shlock hospitals.1 Abelson, Jenn; Saltzman, Jonathan; Kowalcyzk, Liz; Allen, Scott. “Clash in the Name of Care.” Boston Globe. 14 January 2016. http://apps.bostonglobe.com/spotlight/clash-in-the-name-of-care/story/ In fact, it’s the larger, prestigious teaching hospitals that may be the most common employers of this approach. These are the hospitals that have a surplus of new residents waiting for their chance to get some hands-on practice. The big-name physician starts the surgery and then leaves details to a general surgeon or surgical assistants while he moves to the next complicated surgery in another room. While hospitals encourage doctors to tell their patients if they’ll be working on several patients at once, they don’t require it, and so many patients go under the knife completely unaware that their surgeon may be absent for hours at a time.

“What’s the problem with that?” seems to be the general attitude in the medical establishment. Experts say that the success rates are equal whether the surgeon stays in the room throughout the surgery or goes and works on someone else for part of it. President of Mass General Hospital Peter Slavin says, “We haven’t found a single case where the concurrency has caused harm, so I don’t think patients should be alarmed about it.” In a review of hundreds of orthopedic surgeries between 2013 and 2014, the hospital found no significant difference in success rates between concurrent surgery versus traditional surgery. Likewise, a study at the University of Virginia found that complication rates did not increase when surgeries overlapped by up to 45 minutes.

In fact, there are numerous reports of concurrent surgery gone very wrong. In fact, one renowned physician at Mass General, Dr. Dennis William Burke, got wind of some botched concurrent surgeries and decided to start agitating within the system for changes. Dr. Burke had been practicing at Mass General for 35 years, during which time he performed over 10,000 knee and hip operations. But when one of his residents got involved in a messy concurrent surgery in which patients didn’t fare well, Dr. Burke met with hospital officials to ask that the institution put the reins on the practice. Up until then, the practice had been embraced by the institution because it was so efficient and good for cash flow.

Dr. Burke’s questioning of concurrent surgery made him plummet from prominence to being the most unpopular doc on the block. He ended up being ostracized and ignored, and so in frustration he took the complaint up a notch, and then up another and another until he filed complaints with The Board of Registration in Medicine and the Department of Public Health. His actions brought to the surface a trail of lies and deception by top surgeons who had been denying attending to two surgeries at once when records clearly showed that they did.

When Burke was fired as a result of releasing some medical records and stirring the pot, the issue finally came to the attention of the Boston Globe, which launched an investigative report. Until then, virtually all surgical patients in the US, except those who worked in hospital operating rooms themselves, had no way of knowing their surgeons were two-timing them. Again, who would even think of such a thing? And how would any anesthetized patient ever find out? There’s so much secrecy around the practice of concurrent surgery that it’s nearly impossible to get a sense of the scale of the practice or how safe it really is. Mass General says that 14 percent of all general surgeries are concurrent and 25 percent of orthopedic surgeries (it’s also common practice in brain and heart surgeries); but again, it’s apparently common for physicians to claim being in the operating room the entire time when in fact, they’re travelling between several rooms for the duration so the actual numbers could be much higher.

As mentioned above, while prestigious hospitals like Mass General (ranked #1 of all hospitals in the US according to US News and World Report) and Johns Hopkins (ranked #3) embrace concurrent surgery, other prominent hospitals certainly do not.2 Harder, Ben. “Best Hospitals 2015-16: An Overview.” 21 July 2015. US News and World Report. 14 January 2016. http://health.usnews.com/health-news/best-hospitals/articles/2015/07/21/best-hospitals-2015-16-an-overview Brigham and Women’s Hospital in Boston, for instance, which is another topflight medical institution (ranked #6 in the US), limits physicians to one hour of overlap at most.

Naturally we, as patients, want, need, and deserve to have our surgeon focused on the three inches in question on our own bodies when our lives are at risks.  But concurrent surgery is a big-money business. The average orthopedic surgeon in Boston commands $500,000 a year in salary, but many hospitals pay incentives for doing more work. And so, double-booking lines the pockets if half a million isn’t paying the bills. One of the surgeons cited by Dr. Burke for possible negligence due to performing concurrent surgeries billed $73,000 on a single day in which he performed three operations, two of them at the same time.

Mass General responded to the brouhaha provoked by Dr. Burke by hiring an attorney to investigate claims that there were problems stemming from concurrent surgery. The hospital says the lawyer found no problem whatsoever and gave the practice of concurrent surgery the green light. However, the hospital won’t release the lawyer’s report to anyone–not to the medical community and not even to state regulators, which seems mighty suspicious given their claim that there’s no problem.

The thing is that even if there’s no major crisis during a simultaneous surgery, anesthesiologists complain that patients lie around knocked out far too long before surgery begins, and that can have consequences for healing and cause complications after surgery. In any event, the upshot in Massachusetts is that the state Board of Registration in Medicine just approved a rule requiring physicians to document when they leave the room during a surgery.3 Saltzman, Jonathan and Abelson, Jenn. “State to act on simultaneous surgeries.” 7 January 2016. The Boston Globe. 14 January 2016. http://www.bostonglobe.com/metro/2016/01/07/massachusetts-require-surgeons-document-operating-room-comings-and-goings/2uIu1IDhmz4K8CRaJtL1vL/story.html The new regulation also requires them to identify back-up surgeons who will fill in during their absence. While this regulation won’t prevent your doctor from jumping ship while you’re split in half on the table, at least there’s some accountability being introduced. Experts say Massachusetts is probably the first state to institute such restraints, but nobody seems to know for sure what happens in other states, again, because of there’s so much secrecy on the issue.

Bottom line: if you’re going in for surgery, have a frank talk with your surgeon in advance so you know just who will be wielding the scalpel throughout. 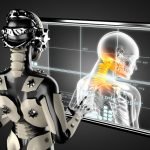