Sometimes a surgical procedure becomes necessary. It may not be an emergency, but there are operations that need to be scheduled because more conservative treatments aren’t working and your quality of life is suffering. So when it comes time that you decide to bite the bullet and book a surgical resolution to your problem, you may have a little more flexibility in scheduling at your convenience. The idea of choosing a Friday for the procedure might sound appealing since it gives you the weekend to begin your recuperation; but then again, doctors and hospital staff are looking forward to getting away for the weekend too—like so many who work in offices. Which begs the question: are Fridays the riskiest weekday to have surgery, potentially putting your life in jeopardy? Actually, no, according to new research, but there may be other factors that make you choose another day instead.

The study, which took place at Western University in Ontario, Canada, found that those who undergo an elective operation on a Friday have no greater likelihood of dying than those who have their procedure on any other weekday.1 Dubois, Luc; et al. “Association between day of the week of elective surgery and postoperative mortality.” CMAJ. 17 October 2016. Accessed 26 October 2016. http://www.cmaj.ca/content/early/2016/10/17/cmaj.160511.full.pdf+html?sid=50d6917b-367e-4895-a13d-b5873dabe863. The analysis was based on 402,899 elective surgeries that took place during the daytime on weekdays. These operations were performed by close to 1,700 different surgeons at hospitals around Ontario between 2002 and 2012.

There were 12 common elective procedures included in the investigation, which had a median hospital stay of six days. The surgeries included knee replacement, coronary artery bypass, and operations on the colon, esophagus, kidney, liver, and pancreas. After assessing the risk of death within 30 days of each operation, the researchers discovered that every weekday had a similar rate for all of the procedures considered, letting Friday off the hook mortality-wise. But there were other considerations they found that might make Friday surgeries less than desirable.

One such factor was the experience level of the surgeons. The surgeons performing the majority of the Friday procedures were less experienced than those typically operating on Tuesdays, Wednesdays, and Thursdays. Tuesdays and Wednesdays were the days that the most experienced surgeons tended to work in the operating room, with an average of 19 years in practice. Conversely, Mondays and Fridays tended to have surgeons with slightly less experience on the job, with an average of 16 years under their belts.

In addition, the risk of a patient requiring admission to the intensive care unit was a little greater on Fridays compared to Mondays. That was compounded with the fact that the median annual procedure volume was shown to be lowest on Fridays, suggesting that an even greater percentage of complications may come up since there are fewer surgeries.

At any rate, while your life might not be in any more danger if you book your procedure for a Friday instead of a Tuesday, a higher risk of admission to the ICU and having your surgery performed by a less experienced doctor are both very good reasons to consider a different day of the week. Even the most minor of operations carry risks including reactions to anesthesia, lingering pain, infection, and blood clots, so any factors that might further decrease your safety should be weighed heavily.

Convenience is not nearly so important as choosing a surgeon who is adept at the procedure you will be having and has knowledge based on a long career in the operating room. If a surgeon doesn’t like to schedule a procedure for a Friday, you should be willing to have it performed another day if you’re sure you’ve found the right doctor. What’s more, an earlier investigation had conflicting results with the current research’s findings about the safety of Friday surgeries. A 2013 study at Imperial College London in the United Kingdom showed that the rate of mortality is 44 percent higher in those having a Friday procedure versus a Monday procedure.2Aylin, P.; et al. “Day of week of procedure and 30 day mortality for elective surgery: retrospective analysis of hospital episode statistics.” BMJ. 28 May 2013. Accessed 27 October 2016. http://www.bmj.com/content/346/bmj.f2424.

So err on the side of caution and make the determination as to whether the surgery is necessary first and foremost. It you deem it truly is, set about choosing a surgeon based on qualifications and let the doctor’s office schedule your appointment on whatever weekday the surgeon performs his or her operations. And whatever you do, you probably want to avoid having an operation on Friday the 13th in July. That’s just asking for trouble. 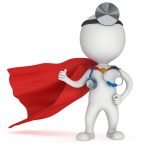 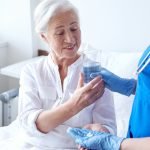