History reveals that those who have laser focus on their goals sometimes see opportunities that others miss.  This may particularly apply to the quest to make money—those who fixate on reaping profits seem to find a way. And so it is that pharmaceutical companies, obsessed with making profits while faced with pressure to cut back on opioid sales, are conjuring interesting ways to sustain opioid profits even as the painkillers take center stage as scourge of the hour.

The result, not surprisingly, has been a dramatic decline in sales. Five years ago, in 2012, OxyContin manufacturer Purdue Pharma reaped $2.8 billion in profit from sales of its star drug. But by 2017, that figure had dropped a full billion dollars to a mere $1.8 billion. Okay, it’s still a ridiculous amount of money to score from a drug that that leads to hundreds of thousands of emergency-room admissions each year due to side effects and that caused 64,000 overdose deaths in 2016 alone.  But from the standpoint of pharmaceutical profits going forward, things have been looking bleak. Just this week Purdue Pharma announced it plans to stop marketing OxyContin to physicians, so sales will certainly decline even more. But stopping marketing does not mean they will stop selling.

Do these things sound the death knell for opioid sales? Probably not. Certainly, pharmaceutical companies will keep up the quest to develop less toxic, less addictive painkillers that can bring in big bucks while the legislative finger points in their direction; doctors will continue writing prescriptions without being marketed to. But as noted above, sales haven’t been as brisk as before and the trend is downward, and so pharmaceutical companies have been scrambling to find a creative way to still profit from opioid drugs without plugging opioid sales quite so aggressively.

The solution seems to be, and you’re going to love this, an anti-opioid medication, a huge market segment. Think about this for a moment. The pharmaceutical companies that manufactured the opioids and the doctors who prescribed them made billions only to addict vast segments of the population. And now they’re looking to make billions more helping people cope with the addiction they created. If it weren’t so disgustingly horrible, you’d have to admire it. As it is, there are already a host of opioid control medications available, and now, a British-based company called Invidior has come up with a once-a-month injection that purportedly curbs addiction.3 Hirschler, Ben. “Invidior bets on $1 billion anti-addiction shot as legal bill weighs.” 15 February 2018. Reuters. 16 February 2018. http://www.reuters.com/article/us-indivior-opioid/indivior-bets-on-1-billion-anti-addiction-shot-as-legal-bill-weighs- Most of the other available medications are taken daily, allowing for easy relapse between doses. A once-a-month injection keeps cravings at bay long enough to allow addiction to recede more easily, say the experts.

Right now, the best known and oldest anti-addiction treatment on the market for those hooked on opiates is methadone, usually administered in tablet or liquid form. Methadone is a “substitute medication.” This means it’s also an opiate with the principal advantage being that it causes fewer side effects than oxycontin, heroin, and the like during withdrawal. Also, advocates claim that because it’s legal, users are less likely to engage in crime and more likely to be responsible citizens. In theory, it should be easier to kick methadone than opiates (or heroin); but methadone is also addictive and dangerous, and in fact, even more dangerous than other prescription opiates. Though methadone comprises only two percent of all opiates prescribed in the US, it accounts for 33 percent of all opiate deaths.4 Villa, Laura. “Methadone and Suboxone: What’s the Difference Anyway?” DrugAbuse.com. 16 February 2018. http://drugabuse.com/Suboxone-vs-methadone/

Sadly, the statistics show that weaning off methadone is hardly a fast and easy process. In most cases, those using methadone as a treatment to break another opioid addiction are advised to maintain their methadone use for at least a year, with 20 percent still taking the drug 10 years later. That adds up to a financial boon for companies manufacturing methadone, with annual sales somewhere between $3 billion and $30 billion.5 Good, Jason. “Methadone: Profits Made at the Expense of Addicts.” 9 April 2016. Narcanon. 16 February 2018. http://www.narconon-suncoast.org/blog/methadone-profits-made-at-the-expense-of-addicts-2-in-a-3-part-series-on.html

Another widely used substitute opioid treatment drug is Suboxone, which, like methadone, reduces withdrawal symptoms and has the advantage of being weaker and far less likely to cause overdose. On the other hand, the drug hardly has a stellar success rate, with 56 percent of those on the drug relapsing back into addiction within six months.6 Goodnough, Abby and Zernike, Kate. “Study Finds Competing Opioid Treatments Have Similar Outcomes.” 14 November 2017. New York Times. 16 February 2018. http://www.nytimes.com/2017/11/14/health/Vivitrol-Suboxone-addiction-treatment.html Suboxone can be taken in pill form or as a dissolvable film placed under the tongue. Profits fall in the $1 billion dollar range each year.

And then there’s Vivitrol. Unlike Suboxone and methadone, Vivitrol is not an opioid. It works by blocking opioid receptors in the brain, so users don’t get the usual high from narcotic drugs. The idea is that if they can’t get high, the cravings will stop. The facts, show, however, that Vivitrol users have a 52 percent relapse rate within half a year. Even more, Vivitrol can’t be taken until a person has completely detoxed, and so a huge percentage of those assigned to the drug never even take the first dose. What’s more, Vivitrol has no pain-killing properties, so it’s a poor choice for those hooked on pain-killers because they’re hurting. Nevertheless, Vivitrol costs $1000 per shot (it’s administered as a once-a-month injection).7 Harper, Jake. “A Drugmaker Tries to Cash In on the Opioid Epidemic, One State Law at a Time.” 12 June 2012. NPR. 16 February 2018. http://www.npr.org/sections/health-shots/2017/06/12/523774660/a-drugmaker-tries-to-cash-in-on-the-opioid-epidemic-one-state-law-at-a-time In 2016, Vivitrol sales reached $209 million with profits projected to top $1 billion by 2021. It’s no coincidence, by the way, that the company that manufactures Vivitrol spent $4.4 million lobbying the federal government to promote the drug in 2016.

The newest kid on the anti-addiction medication block is Sublocade, which is a mild, slow-release narcotic injection given once a month. Advocates claim it works better than Vivitrol, and it requires no detox before administration, although it comes with a black box warning indicating it can cause death, among other unfortunate effects. Experts expect to see profits of at least $1 billion as the drug gets into circulation.

One thing is for sure: as public attention focuses on wiping out the opioid problem, drug makers will continue to conjure new and improved anti-opioid solutions that continue the flow of cash into pharmaceutical coffers. 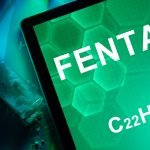