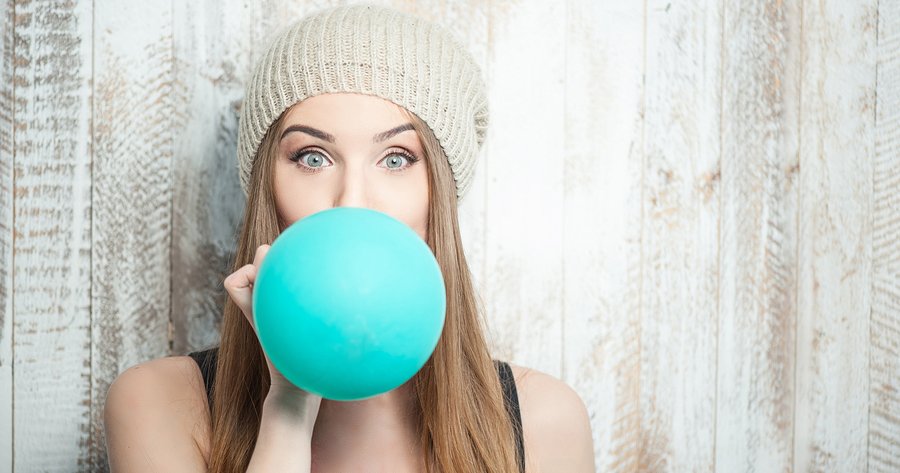 We’ve previously discussed the fact that over 95 percent of diets fail and two-thirds of US adults are overweight or obese. Few of us really want to give up the bread, the cupcakes, or the mixed drink after a harrowing day at work. Even fewer want to put on the gym shoes and sweat. On the other hand, a magic pill that would let us shed the pounds while enjoying the same treats and foregoing exercise might be just the ticket.

It looks like that dream might finally have arrived in the form of a pill developed by Allurion Technologies in Massachusetts.1 Mozes, Alan. “Balloon-in-a-Pill May be New Weight-Loss Weapon.” 5 November 2015.   WebMD. 6 November 2015. http://www.webmd.com/diet/20151105/balloon-in-a-pill-may-be-new–weight-loss-weapon The pill, called the ‘Elipse,’ doesn’t contain pharmaceuticals to speed your metabolism up or to melt your fat cells. Instead, it takes an “ingenious” approach to cutting your appetite. You swallow the pill, and then the shell dissolves and a balloon the size of a grapefruit automatically inflates. The balloon fills with distilled water by way of a tiny attached catheter, and then the filled balloon sits in your stomach for four months, hogging the available belly space, curbing your appetite. You no longer have room for second helpings. You feel full.  After four months, the balloon dissolves and passes out of your body through your stool.

The Elipse pill was tested on 34 overweight patients in Greece and the Czech Republic. After four months, the subjects lost an average of 37 percent of their excess body weight, or about 22 pounds–without dieting. Plus, those who took the Elipse had improved triglyceride and hemoglobin A1C levels, indicating significant improvements in their metabolic functioning.2 Healy, Melissa. “A swallowed pill appears to deliver weight loss without gastric surgery.” 5 November 2015. Los Angeles Times. 8 November 2015. http://www.latimes.com/science/sciencenow/la-sci-sn-swallowed-pill-weight-loss-surgery-20151105-story.html

The Elipse isn’t the first attempt at stomach balloons, and in fact, thicker, silicone gastric balloons have been around for 15 years, but not here in the US, at least until earlier this year when the  Food and Drug Administration approved two types of balloons–both, however, requiring surgical insertion and removal. Balloons have thus far been used as a less invasive alternative to gastric bypass surgery, which is seen by many physicians as the most effective method for reversing obesity. But gastric bypass surgery involves removing part of the stomach and rerouting food elimination pathways in the body, a major procedure that’s very expensive and more than a little risky. In contrast, gastric balloons, at least until now, have been inserted via a minimally invasive endoscopic procedure, and they also have to be removed by endoscopy-safer and cheaper than gastric bypass surgery, but surgery and sedation, nonetheless.

The beauty of the new pill is that you can just swallow it, no muss, fuss, or cutting involved. Also, the previous versions of gastric balloons are suitable only for morbidly obese patients with a body-mass index (BMI) of at least 35. The new pills, on the other hand, have been tested and used on patients in the overweight, not obese, category–those with a BMI as low as 27. Plus, although some scientists believe that Elipse balloons will not be as effective as bypass surgery since bypass surgery affects the hormones that control appetite and so tends to have lasting impact,  early evidence indicates that the Elipse may also affect these hormones. 3 “Balloon You Can Swallow Fights Obesity.” 5 November 2015. Myarklamiss.com. 6 November 2015. http://www.myarklamiss.com/news/top-stories/balloon-you-can-swallow-fights-obesity

On the other hand, the Elipse pill incurs some of the same problems the previous surgically inserted balloons triggered. Users complain about nausea, vomiting, and other uncomfortable gastric disturbances. But health officials are excited about the possibilities the pill offers, given that most other approaches to controlling obesity have proven to be dismal failures.

The developer of the pill, Dr. Ram Chuttani, who directs interventional gastroenterology and endoscopy at Beth Israel Deaconess Medical Center in Boston, believes that the method will prove far more effective than most weight-loss approaches. “Because patients get used to feeling full so much quicker with the device, they learn portion control and get used to eating less,” he says. “We anticipate that the improved eating habits patients develop will mean that a significant amount of the weight will stay off, even when the balloon is no longer in place.”

The success rate with other surgical gastric balloons has been good to date, which bodes well for the pill. Typically, patients keep about half the weight that they lost off a year after balloon removal. After five years, they still are down by about 30 percent, on average. Considering where they likely would have been without the pill, that’s a hugely successful result.

Experts believe that it will be several years before the FDA completes testing and approves the Elipse, but in the meantime, apparently, some US patients been traveling abroad to access the pill or its equivalents, particularly to Mexico, according to a report on ABC News.4 Johnson, Eric and Pou, Jackie. “Is Balloon-Pill a Weight-Loss Miracle Cure or Short-Term Fix?” 15 May 2014. ABC News. 8 November 2015. http://abcnews.go.com/Health/balloon-pill-weight-loss-miracle-cure-short-term/story?id=23732639 At the Obesity Control Center in Tijuana, Mexico, for instance, 70 percent of the patients are Americans looking to take a pill called the Obalon. Last year, the Obalon cost about $4000 in Mexico, but the Obalon required endoscopic removal after only a few months.

Dr. Morton says, “The cost [of the Elipse once approved in the US will range anywhere from probably $6,000 to $12,000, depending on your part of the country. It’s something that is generally out of pocket but there are other means of paying for it like health saving account.” In other words, most of us aren’t going to be able to take the pill because we won’t have the cash to pay for it, even if it’s half the price in Mexico. That puts the spotlight right back on diet and exercise for the majority, though who knows? Unfortunately, the reality is that only about 5% of people are actually successful at managing weight-loss by cutting back on food and putting on the sneakers. For the other 95%, considering the known health consequences of being overweight or obese, a magic pill (no matter what the potential risks might be) probably seems like a miraculous option (no matter what it costs).