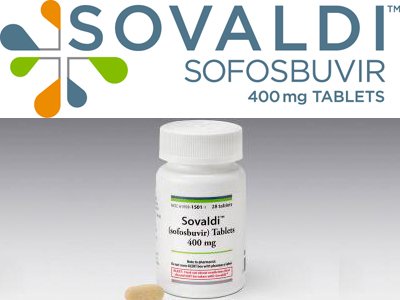 Dutch author Janwillem van de Wetering once said, “Greed is a fat demon with a small mouth, and whatever you feed it is never enough.” That quote would certainly seem to apply to the pharmaceutical industry, which reaps huge profits and yet constantly finds ways to rake in even more, sometimes with careless disregard for the consequences. It shouldn’t come as any surprise, then, that one pharmaceutical company has taken the profit-grubbing mentality to the extreme, shocking even the medical establishment.

Gilead Sciences, headquartered in California, has developed a highly effective medication for treating hepatitis C called Sovaldi.1 Peterson, Kim. “$1,000 a day miracle drug shocks U.S. healthcare system.” 3 April 2014. MoneyWatch. 3 April 2014. http://www.cbsnews.com/news/1000-a-day-miracle-drug-shocks-us-health-care-system/ Sovaldi does represent a significant breakthrough, but it comes with a $1000 per pill price tag. The company has been getting away with the exorbitant charge because other treatments for hepatitis C simply aren’t as good. The chief alternative is interferon, which has a lower cure rate, involves up to a year of treatment, and can cause disabling side effects, including severe flu, psychiatric problems, anemia, autoimmune disorders, cardiac or thyroid impairment, and even death.2 Dusheiko, G. “Side effects of alpha interferon in chronic hepatitis C.” 26 September 1997. PubMed.gov. 3 April 2014. http://www.ncbi.nlm.nih.gov/pubmed/9305675 Plus, interferon often is taken in combination with another drug called “Ribavarin,” which comes with a seemingly endless list of side effects of its own.3 Ribavirin, Oral Route. Mayo Clinic. http://www.mayoclinic.org/drugs-supplements/ribavirin-oral-route/side-effects/drg-20071471 A significant number of patients on interferon and ribavirin find the side effects so troublesome that they discontinue treatment.

Sovaldi, on the other hand, involves only 12 weeks of treatment. Instead of injections, patients simply pop one pill a day. And the side effects, while significant, are typically less severe and less prevalent than with interferon. Plus, the drug has proven to heal a whopping 90 percent of patients.

In other words, Sovaldi is a hot commodity, and the company that manufactures it sees no problem in holding desperate patients and the medical community hostage in exchange for the pills. At its current cost of $83,000 for a three-month treatment regimen, the drug will bring its makers $7 to $10 billion in profits this year alone, a record for a new drug. Insurance companies who have been picking up the bill claim that paying Gilead Sciences for hepatitis treatments could drive them to bankruptcy.4 Somashekhar, Sandhya. “Costly hepatitis drug Sovaldi rattles industry.” 1 March 2014. Washington Post. 3 April 2014. http://www.washingtonpost.com/national/health-science/costly-hepatitis-drug-sovaldi-rattles-industry/2014/03/01/86cab0b4-a091-11e3-9ba6-800d1192d08b_story.html

In fact, the president of Molina Healthcare, Mario J.  Molina, points out in Forbes that “If everyone in the U.S. with hepatitis C were treated with Sovaldi at its list price, it would cost $227 billion compared with the estimated $260 billion spent a year in the country for all drugs.”5 Herper, Matthew. “Push Comes to Shove: Gilead’s $1,000 Pill Could Hurt Insurer Earnings.” 31 March 2014. Forbes. 3 April 2014. http://www.forbes.com/sites/matthewherper/2014/03/31/push-comes-to-shove-gileads-1000-pill-could-hurt-insurer-earnings/ Medicaid has not approved the drug for reimbursement, and a few other insurers have put a hold on approving requests for the drug.

It’s not that the pills cost so much to make, either. That’s obvious, because the company has a tiered payment scale that varies by nation, depending on how rich the country is. In Germany, a course of treatment goes for $66,000; in Great Britain, it’s $57,000–30 percent less than in the US. And in Egypt, the entire course of treatment goes for just $900, and that’s a 99 percent discount over what it costs in the US. That comes to about $11 per pill in Africa versus $1000 in the US. And you can bet that even at $11, the company is making a profit.

Gilead Sciences brushes off criticism of its inflationary prices as being short-sighted. The company points out that older treatments only cure about 75 percent of patients, plus they take so long to kick in that the cure ends up costing as much overall as the 12-week Sovaldi regimen. The company’s president, Greg Alton, notes that it costs about $175,000 for a liver transplant, far more than Sovaldi, should the other treatments fail.

“[Critics] have focused on the per-pill cost or per-bottle cost, but that is really not relevant here. It’s how much it costs to cure your patient.” Mr. Alton said.

Actually, though, the Sovaldi treatment could end up costing nearly as much as a liver transplant, as it’s now commonly being combined with another new drug, this one from Johnson & Johnson, and the two drugs together bring the treatment bill to $150,000.6 Berkrot, Bill and Beasley, Deena. “UPDATE 4-U.S. lawmakers want Gilead to explain Sovaldi’s hefty price.” 21 March 2014. Reuters. 3 April 2014. http://www.reuters.com/article/2014/03/21/gilead-sovaldi-idUSL2N0MI0UP20140321

“Our concern is that a treatment will not cure patients if they cannot afford it,” said a letter addressed to Gilead Sciences from an investigative committee composed of insurers and government regulators from the US House Energy & Commerce Committee. The committee has asked the company to justify its pricing structure.

At present, about 3.2 million Americans have hepatitis C. One of the chief modes of transmission is through intravenous drug use. More than 50 percent of the nation’s hepatitis C victims are veterans, prisoners, uninsured, or on Medicaid. That means that treatment costs get picked up by taxpayers.

Gilead Sciences is enjoying its lock on the market for now, but that won’t last. Seven or eight other companies have competitive drugs in development, and once those come out, the price of Sovaldi should plummet. In the meantime, though, the company’s stakeholders are wringing the market for all its worth.

And for those of you who can’t handle interferon and can’t afford Sovaldi, you might want to check out a personal account about an alternative approach to dealing with Hepatitis C.