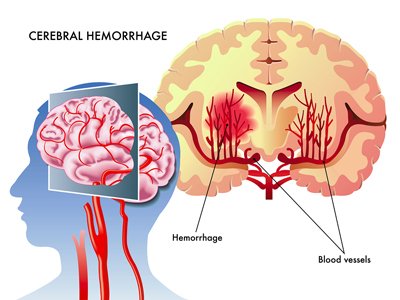 As parents, we want to do whatever we can to protect our children and help them lead happy, healthy lives. So if there is concern because a child is particularly small or not meeting projected annual increases in height, many parents wouldn’t hesitate to schedule an appointment with an endocrinologist at their pediatrician’s recommendation. After all, no one wants a growth hormone deficiency to steal inches off their kid’s height as they approach puberty. But would you still make the choice to treat your child with growth hormones if you knew they were potentially harmful down the road? That may be a question many parents have to ask themselves now, based on the findings of new research.

The study, which took place at Paris Descartes University in France, discovered a link between the use of growth hormone treatments during childhood and an elevated risk of stroke in early adulthood.1 “Childhood growth hormone treatment tied to stroke risk.” Fox News. 15 August 2014. Accessed 21 August 2014. http://www.foxnews.com/health/2014/08/15/childhood-growth-hormone-treatment-tied-to-stroke-risk The subjects were 6,874 French children born prior to 1990. They had all received regular injections of synthetic growth hormone in the years between 1985 and 1996 in an attempt to supplement a lack of naturally produced growth hormone or simply because they were short in stature.

Between 2008 and 2010, the scientists followed up with all of the participants, who were by that point–an average of 17 years later–young adults. Each of these volunteers filled out health surveys. In addition, the researchers analyzed their medical records as well as any death records among the group. The data showed that 11 of the subjects had experienced a stroke at some point between the conclusion of their growth hormone treatments and the beginning of the study.

While it was only approximately two-tenths of one percent of the total group that was affected, it was a comparison to stroke rates among the general population that highlighted the true risk. The researchers determined that the stroke risk was up to 7.5 times higher in those who had received growth hormone injections versus the residents of a random city in France and another in the United Kingdom. This disparity was mainly because the growth hormone recipients had a higher percentage of hemorrhagic strokes (cerebral hemorrhage). And remember, this study was conducted when the subjects were still quite young. If that same 7.5 times higher risk maintains as they continue to age, and as the likelihood of stroke generally increases for everyone, the numbers for these particular children could be quite frightening.

There are two categories of strokes: ischemic and hemorrhagic. According to the American Stroke Association, ischemic strokes account for the vast majority at 87 percent and they occur when there is an obstruction in a blood vessel. Hemorrhagic strokes are much less frequent–but perhaps more frequent than commonly thought2 George Howard, Monika M. Safford, James F. Meschia, et al. “Stroke Symptoms in Individuals Reporting No Prior Stroke or Transient Ischemic Attack Are Associated With a Decrease in Indices of Mental and Physical Functioning.” Stroke. 2007;38:2446-2452. http://stroke.ahajournals.org/content/38/9/2446.full
– and involve the rupture of a blood vessel. Eight of the 11 strokes that had occurred among the study subjects were hemorrhagic, which is extremely unusual, especially in such a young population. The scientists determined that 73 percent of the strokes among those who had growth hormone treatments were hemorrhagic, as compared to fewer than 33 percent among the control group.

The research did not delve into what it could be about injections of synthetic growth hormone that might eventually contribute to a stroke, but it does make sense that this may be a potential risk as a 2003 study at University Federico II in Naples, Italy found that growth hormones directly affect blood vessels.3 Napoli, R; et al. “Acute effects of growth hormone on vascular function in human subjects.” Journal of Clinical Endocrinology and Metabolism. June 2003. Accessed 22 August 2014. http://www.ncbi.nlm.nih.gov/pubmed/12788893 In the short-term, the side effects can be serious, including elevated blood sugar levels, persistent headaches, joint pain, and allergic reactions. And very few studies have been conducted on what long-term effects may be experienced after receiving these injections, especially considering that treatments can often continue for several years.

The current study’s findings are based on a relatively small trial, and it is possible other factors influenced the outcome. But it is certainly an important aspect of these treatments that parents and doctors alike need to consider before subjecting children to these drugs. When the issue being treated is that of shorter height, these injections may very well not be worth the risk. And parents of short kids should take note that a 2009 study at the University of Michigan and C.S. Mott Children’s Hospital in Ann Arbor discovered that those children of smaller stature were just as well-adjusted, happy, and popular as their peers of normal height.4 Lee, Joyce M.; et al. “Short Stature in a Population-Based Cohort: Social, Emotional, and Behavioral Functioning.” Pediatrics. 17 August 2009. Accessed 22 August 2014. http://pediatrics.aappublications.org/content/124/3/903.abstract?sid=9ef5a9fd-2efa-41d6-8ad5-4c654838e244 In other words, you might not want to make a mountain out of a molehill–literally.