Bringing the Dead Back 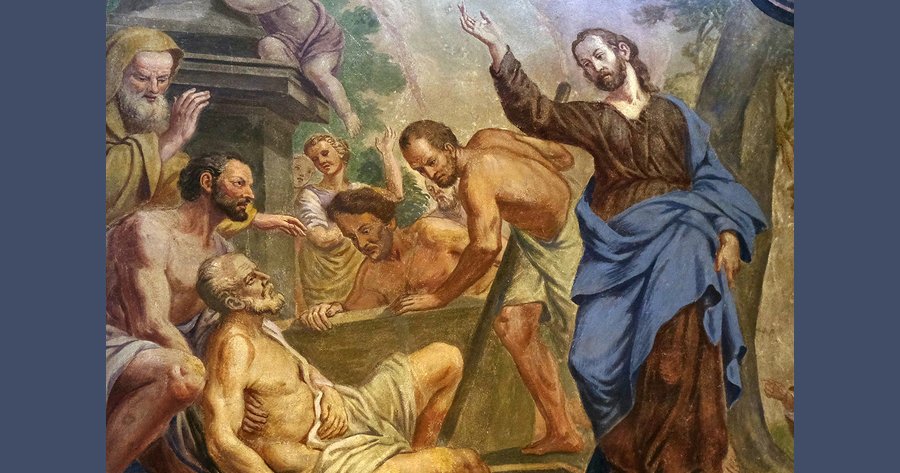 It’s the stuff of grade B horror flicks: Uncle George is in the coffin, deader than a blown radiator, and then he sits up and tells his wife she should lose weight. But that’s pure fiction, right? Once the ticker stops beating and the brain stops thinking, it’s all over forever. Or is it?

There are, of course, numerous instances when people have near-death (NDE) experiences and then their hearts start again, with medical intervention. Remarkably, according to experts, between four and 15 percent of the population has had a near-death experience. Every day in the US, 774 NDEs occur, with 25 percent of the victims officially declared “clinically” dead at the time of the experience.1 “Key Facts About Near Death Experiences.” 16 July 2015. International Association for Near Death Studies. 12 May 2016. http://iands.org/ndes/about-ndes/key-nde-facts21.html?start=1

Even more remarkable, though, is what’s referred to as “the Lazarus Phenomenon.”2 Inglis-Arkell, Esther. “What makes people come back to life after being declared dead.” 28 December 2012. Io9. 12 May 2016. http://io9.gizmodo.com/5971683/what-makes-people-come-back-to-life-after-being-pronounced-dead This occurs when a person comes back to life after resuscitation efforts have been halted, the tubes removed, and the person has been declared “completely” dead, with no pulse or cardiac activity. The average time before the heart starts beating again on its own in these cases is seven or eight minutes–not quite long enough for the kids to start divvying up the inheritance, but enough time to give quite a shock to the medical staff and gathered mourners. There’s at least one recent case of someone starting to breathe again in the morgue.3 Priyanka Mogul. “Dead drunk: Russian man wakes up in morgue and joins mourners for a vodka at his wake.” International Business Times. December 31, 2015. (Accessed 14 May 2016.) http://www.ibtimes.co.uk/dead-drunk-russian-man-wakes-morgue-joins-mourners-drink-his-wake-1535549

Apparently, the Lazarus Phenomenon isn’t restricted to heart attack victims. It’s also been witnessed among those experiencing renal failure, breathing problems, hemorrhages, and drug overdoses. Nevertheless, it’s extremely rare, with only 23 cases recorded in recent history, although experts think the phenomenon is underreported. After all, if you were a big-ego doctor who had pulled the cover over the face of one of your patients and later realized you had been a tad hasty, would you want to report it?

In any event, hoping to be a natural Lazarus phenomenon survivor is a bit like planning to win the lottery, and so you might be happy to know that scientists are working on a more surefire way to bring the dead back to life. Two companies, one in Philadelphia and the other in India, have been given approval to conduct clinical trials on interventions intended to reverse brain death.4 Knapton, Sarah. “Dead could be ‘brought back to life’ in groundbreaking project.” 3 May 2016. The Telegraph. 12 May 2016. http://www.telegraph.co.uk/science/2016/05/03/dead-could-be-brought-back-to-life-in-groundbreaking-project/ The companies received the go-ahead to locate 20 people aged 15-65 who have been declared clinically dead from traumatic brain injury. How they’ll recruit willing subjects isn’t clear. What is clear is that all the subjects will have completely lost any brain stem function, including the ability to breathe.

In the case of brain death, the body still may retain the ability to perform basic functions such as digesting food, excreting waste, circulating blood, and even delivering a baby. They can retain body functions such as breathing only on life support. There’s been some recent research indicating that residual electrical functioning and blood flow may remain in the body after the brain stops, but it’s too minimal for independent survival, which is why when a person is brain dead they are considered officially deceased.

The reanimation projects underway, aptly named “Lazarus trials,” do not involve incantations nor consults with Viktor Frankenstein.5 Woollaston, Victoria. “Lazarus trial hopes to REVERSE death: Reanimation firm gets ethical approval to bring brain dead people back to life.” 4 May 2016. Daily Mail.12 May 2016. http://www.dailymail.co.uk/sciencetech/article-3572735/Lazarus-trial-hopes-REVERSE-death-Reanimation-firm-gets-ethical-approval-bring-brain-dead-people-life.html Rather, the recipe for reanimation includes injections with peptides and stem cells, plus using lasers and other techniques to stimulate nerves. Apparently, the laser technique has already proven successful in pulling people out of comas.
Dr. Ira Pastor, the CEO of the Philadelphia-based Bioquark Inc., explains, “To undertake such a complex initiative, we are combining biologic regenerative medicine tools with other existing medical devices typically used for stimulation of the central nervous system, in patients with other severe disorders of consciousness.”

Certainly death qualifies as a “severe disorder of consciousness.” In any event, the “recruits” for the study will all have been declared officially dead, although they’ll still be hooked up to life support to keep their organs going. The researchers will monitor them for a few months watching for any signs of independent breathing, independent heartbeat, or anything else that may indicate “it’s alive”!

They’ll also perform MRI scans on subject’s brains at regular intervals. Pastor’s team believes that stem cells can use surrounding tissue to reanimate damaged tissue, in much the same way that salamanders can regrow their tales or spiders regenerate their limbs.

Meanwhile, the Revita Company in India claims it’s already had some success bringing back a few brain dead people in informal studies, although those individuals are only in a minimally conscious state. But as the company CEO, Dr. Himanshu Bansal, points out, if their brains can be kept alive, the subjects might eventually be brought into a fuller state of awareness as the science progresses.

“It is a long-term vision of ours that a full recovery in such patients is a possibility, although that is not the focus of this first study — but it is a bridge to that eventuality,” says his colleague, Dr. Pastor.

Like the Bioquard Company, Revita also got the go ahead to do a clinical trial with 20 brain dead individuals. The scientists intend to inject peptides into the spinal columns of these subjects daily and give them stem cell injections twice a week. They hope to see results within a few months.

In spite of the optimism of the executives at the two companies involved in these reanimation projects, at least some of the medical establishment remains skeptical. Dr. Dean Burnett, a neuroscientist at Cardiff University in England comments: “While there have been numerous demonstrations in recent years that the human brain and nervous system may not be as fixed and irreparable as is typically assumed, the idea that brain death could be easily reversed seems very far-fetched, given our current abilities and understanding of neuroscience.”

But Bioquark sees the work through rosier lenses. A spokesperson says that the study will give scientists insights into the workings of the brain and perhaps lend insight about how to intervene in conditions such as Parkinson’s and Alzheimer Diseases. At the best, as Dr. Bansal says, “…we are now trying to create a definitive study in 20 subjects and prove that the brain death is reversible. This will open the door for future research and show that all damage in the body is reversible if treated appropriately.”