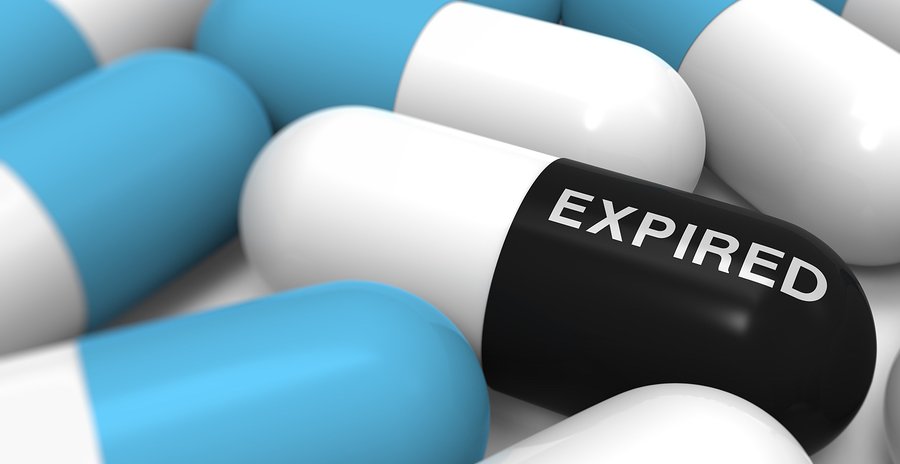 In the process of trying to create some order in my chaotic life, I recently tackled the inner sanctum of my medicine cabinet and supplement supply.  What a sorry revelation!  There were bottles of pills that expired in 2012, 2013, 2014.  The prize was a prescription burn ointment called Silvadene dated 1996.  The stuff was amazing in its youth, but I did notice the last time that I used it that it didn’t do much.

Which brings me to the crux of the matter.  Do those expiration dates stamped on the bottle really mean anything?  Does it matter if your pill is a few months or a few years past its prime? And if it turns out that all your old medications should be tossed, exactly how should you dispose of them?

It turns out that there’s a lot of conflicting evidence out there about drug expiration.  Certainly some sources, the FDA included, insist that once the expiration date is reached, the medication should be discarded immediately. A recent story on NPR emphasized the fact that drugs definitely degrade over time and that pharmaceutical companies put those dates on the bottles for a reason—not necessarily just to force you to pay for a new prescription.1 Neighmond, Patti. “When Old Medicine Goes Bad.” 6 February 2017.  NPR Shots.  10 February 2017. http://www.npr.org/sections/health-shots/2017/02/06/513254232/when-old-medicine-goes-bad?utm_medium=RSS&utm_campaign=science

“Companies expose their medications to different environments, different temperatures and humidity levels to see just how long it takes for the medication to degrade to the point that its effectiveness is compromised,” the article says.  It also quotes a spokesman for the American College of Pharmacology who says that the date stamp indicates the point at which the drug will have lost 10% of its effectiveness.

How much does that 10% matter—assuming it’s true?  It depends on the drug.  If it’s an aspirin or cough syrup or even burn ointment, it may not matter too much.  But if it’s an antibiotic, it might matter a lot. First of all, the dose might not be strong enough to kill the infection that you’re fighting.  Also, you put yourself at greater risk for antibiotic resistance, since bacteria will have an easier time overcoming a weakened drug. Once they successfully beat one drug, they will be better at beating the next one, too, even if that one is at full strength.

In fact, the FDA has created a scare video to ensure that consumers don’t rely on expired medications. On the other hand, several studies have found that expired medications may be fine even years—in fact, decades—after their supposed last gasp.  For instance, in 2012 a group of researchers from the California Poison Control System, UC San Francisco and UC Irvine tested eight medications that were between 28 and 40 years past expiration.2 Kaplan, Karen.  “Many drugs and just fine years after they expire, study finds.” 8 October 2012.  Los Angeles Times.  10 February 2017. http://articles.latimes.com/2012/oct/08/news/la-heb-expired-drugs-still-work-study-20121008 Astonishingly, they found that most of the active ingredients—including codeine, acetaminophen, hydrocodone, plus several barbiturates, antihistamines, and anti-anxiety medications—were still 90% effective.  Similarly, a study conducted by the FDA at the behest of the U.S. military tested 122 different drugs that were 15 years past so-called expiration and found that 90% were still effective.3 “Drug Expiration Dates – Do They Mean Anything?” 2 September 2015.  Harvard Health Publications.  11 February 2017. http://www.health.harvard.edu/staying-healthy/drug-expiration-dates-do-they-mean-anything The military had been wasting millions of dollars throwing out unused medications as soon they reached the expiration date.4 Scutti, Susan.  “What Your Pharmacist Can’t Tell You About Drug Expiration Dates: It’s Complicated.” 15 July 2015.  Medical Daily.  11 February 2017. http://www.medicaldaily.com/what-your-pharmacist-cant-tell-you-about-drug-expiration-dates-its-complicated-342978 The result of their various studies was that most of the drugs studied received an expiration date extension averaging five years.  Even several antibiotics, including amoxycillin and cipro, were granted extended life.

What does this mean?  It means that it might not be a problem to hold onto medication until your grandchildren graduate from high school.  It means that maybe I wasn’t so foolish after all to hold on to that Silvadene ointment through five presidential elections.  On the other hand, it’s important to note that some prescription items do degrade quickly, including insulin, nitroglycerin, epinephrine (in epi pens), and liquid antibiotics. With these medications, it’s important to make sure you are using current prescriptions.

Nearly all sources agree that, at worst, most expired medications won’t hurt you, although liquids can grow bacteria and fungi. For pills, capsules, and powders, it’s possible that they won’t do quite the job they would’ve done when they were fresh and new, but they probably aren’t dangerous to take, except in the sense that they might not heal you and as mentioned above, expired antibiotics pose a particular risk.

What about a natural medications and supplements? It depends on the supplement and the form it’s in. Vitamins certainly weaken over time as do supplement powders, pills, and caplets. You’ll probably still get some benefit a year or two after expiration, but it’s better not pushing beyond that.5 “Expiration Date Information.” Healing Edge Sciences, Inc.  11 February 2017. http://www.healingedge.net/store/article_supplement_expiration.html Minerals, on the other hand tend to be stable as do alcohol based herbal tinctures. They can last for years beyond their expiration date. Enzymes, probiotics, and fish oils are more delicate and should be replaced when they expire or very soon thereafter. Homeopathic remedies, on the other hand, can last a very, very long time—for decades. 6Mehta, Firuzi.  “Do homeopathic medications expire?” November 2010. Hpathy.  11 February 2017. http://hpathy.com/ask-homeopathy-doctors/do-homeopathic-medicine-expire/ The key is proper storage.

In fact, proper storage makes a big difference in the shelf life of any type of remedy, whether pharmaceutical or natural. One shocker is that the medicine cabinet may be the worst place to store your medicines. Most medicines, herbs and supplements are sensitive to light, heat, and moisture. All those showers you take in the bathroom will destroy your healing stash far faster than if you keep them in a cool dry place. Also, it’s important to note if the medication or supplement requires refrigeration. Think probiotics.

When it’s time to get new medication, what should you do with the old, half-used bottle? It’s important to dispose of medications properly so residue doesn’t enter the water supply. Don’t flush expired medications down the toilet. Better to remove the drug from the container and mix it with coffee grounds, kitty litter, or other refuse and seal the mixture in a plastic bag.  Then toss it into the trash. Even better yet, find out if your pharmacy or local hospital will take back your expired medications. To locate safe drug disposal options near you, check the website, DisposeMyMeds.org.

Doctors Have Problems, Too