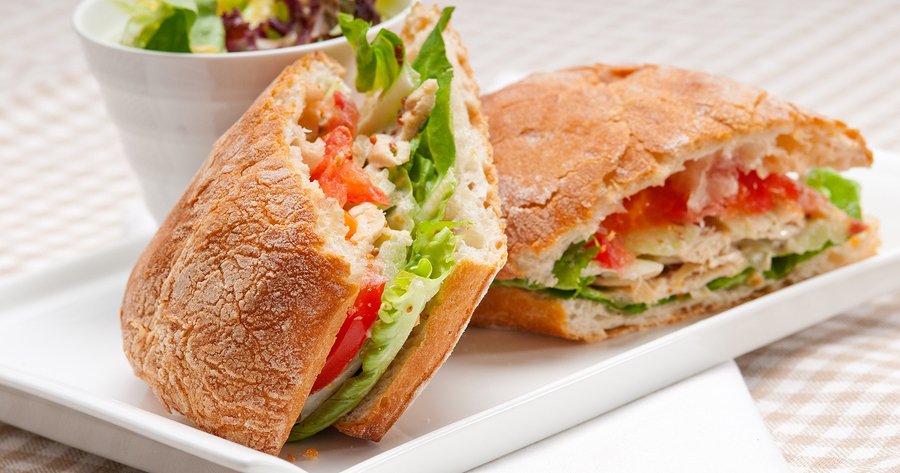 New year, new you. And if you’re like many people, your resolutions include eating better and losing weight. So maybe you went to the supermarket and stocked up on all kinds of foods labeled “healthy” in an effort to make better dietary choices at home. Unfortunately, new research suggests that these food purchases might actually be sabotaging your mission because we often consume more of “healthy” foods than we do of the foods we consider less healthy.

The study, which took place at the University of Texas at Austin, found that people tend to request larger portions, eat a greater quantity, and feel less satiated when consuming food that is branded “healthy” on its packaging.1 Suher, Jacob; et al. “Eating healthy or feeling empty?” Journal of the Association for Consumer Research. January 2016. Accessed 10 January 2016. http://www.journals.uchicago.edu/journals/jacr/pr/151015 There were three separate experiments performed to reach this conclusion. In the first, the subjects were 50 college students who were shown pictures of both healthy and unhealthy foods as well as the words “filling” or “not filling.” The participants regularly linked the unhealthy foods with the concept of fullness.

The second segment of the investigation involved 40 graduate students who were provided with a cookie that had been identified as either “healthy” or “unhealthy” by the scientists even though all were exactly the same. After the cookies were eaten, the subjects were asked to report when they began feeling hungry again. Those who believed they had consumed a “healthy” cookie said they were getting hungry an average of 45 minutes earlier than those who thought their cookie was “unhealthy.”

The scientists also gave the subjects food-related surveys that included questions on their association between the word “healthy” and food satiety. Again, even those subjects who disagreed with the statement that healthy foods are less filling did not display that behavior during the investigation, showing that perhaps it is an automatic, ingrained response for most of us. This may be due to extremes in our thinking that lead us to conjure up examples of meager salads as healthy foods or greasy pizza pies as unhealthy foods, leading to the feeling that one might not be full after eating just a salad or would be very full after eating some pizza slices.

Even though the population sample size of each trial was very small, the results of the research were strengthened considerably by having three separate trials reach the same outcome. But clearly the words “healthy” and “unhealthy” have certain connotations that even those of us who strive to eat more nutritiously may not always successfully get past mentally. That’s why studies such as this one that help us identify our problem areas can be helpful. Because, let’s face it, the regulations on what packages can say regarding vague statements like “healthy” doesn’t necessarily make the food a nutritional powerhouse. It may be promoted as healthy because one component has been shown to reduce disease risk, but still offer a lot of calories or sugar, which is troublesome if we then overeat that item. A 2009 study by the British Heart Foundation in the United Kingdom found that tricky labeling misleads the majority of consumers.2 Hollins, Peter. “Food labels unclear for parents: UK heart group.” CBC News. 21 December 2009. Accessed 11 January 2016. http://www.cbc.ca/news/technology/food-labels-unclear-for-parents-uk-heart-group-1.811425

You might want to try combining foods you think of as more filling, such as whole grain breads or rice (although be sure not to overdo the grains), with other things you may not think of as quite as satisfying on their own, such as some lean protein and vegetables. Together, they may create a more fulfilling picture in your mind. Plus, it’s important to learn about appropriate portion sizes. If you are aware that you’ve taken the right amount of food, you will be less likely to feel dissatisfied afterward.