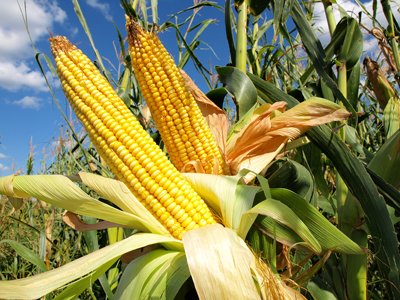 One of the basic tenets of living a healthy lifestyle is to eat natural, nutritious foods. That, of course, includes a variety of plant-based grains and legumes that can provide many of the nutrients our bodies need. But in the not-so-distant future, that may not be enough. According to new research, the climate changes that are taking place over the next few decades may result in crops that are considerably lower in certain key nutrients.

The study, which took place at the Harvard School of Public Health in Boston, Massachusetts, found that heightened levels of carbon dioxide in our atmosphere may cause some of the plants we consume to have notably reduced concentrations of both iron and zinc compared to their present state.1 Macvean, Mary. “Rising carbon dioxide levels affect nutrients in crops, study says.” Los Angeles Times. 7 May 2014. Accessed 15 May 2014. http://touch.latimes.com/#section/-1/article/p2p-80135818 The researchers grew various types of grains and legumes at seven sites in Japan, Australia, and the United States. The plants selected for the experiment were wheat, rice, maize, soybeans, field peas, and sorghum, and they were cultivated across several growing seasons.

The scientists created an atmosphere that was adjusted to represent the air of the future, with a greater proportion of carbon dioxide, set to the level expected to occur shortly after the midpoint of the present century–only 50 or so years away. They then analyzed each of the crops and measured the nutrient levels present against those found in several other vegetation studies. The data was broken down into 143 comparisons of the edible parts of the crops, both those grown at our current levels of carbon dioxide (approximately 401 parts per million)2 http://www.carbonify.com/carbon-dioxide-levels.htm and those grown at the anticipated increased levels (between 546 and 586 parts per million).

Several of the plants grown at elevated concentrations of carbon dioxide were found to have drastically lower levels of zinc and iron than did the plants grown at present-day concentrations of carbon dioxide. Wheat appeared to be the crop most affected by the change, with a 9.3 percent lower level of zinc and a 5.1 percent lower level of iron. In addition, the protein in wheat was decreased by 6.3 percent. Rice, soybeans, and field peas were also impacted, with drops in zinc and iron. And the rice and field peas had reduced protein levels. Only maize and sorghum exhibited no quantifiable difference in nutrient concentrations.

If these atmospheric changes occur as expected and plants are altered in this way, it would not be the first time nutrient levels in our crops have deteriorated. When farms shifted from small plots of land to large commercial enterprises and the farmers began using fertilizer rather than compost, around the early to mid-20th Century, our food crops experienced their initial recorded decrease in certain nutrients. According to information from Worldwatch Institute, a Washington State University study that analyzed 63 spring wheat cultivars that had been grown between 1842 and 2003 found reductions of 50 percent in selenium, 25 percent in zinc, 16 percent in copper, and 11 percent in iron.3 Herro, Alana. “Crop Yields Expand, but Nutrition is Left Behind.” Worldwatch Institute. Accessed 16 May 2014. http://www.worldwatch.org/node/5339

Therefore, another significant drop in nutrient concentrations could potentially become a major problem for populations across the world (remember, these drops are cumulative). That’s because zinc and iron are already two of the most common deficiencies found in people worldwide. A zinc deficiency can cause immune system problems, hair loss, sexual dysfunction, and skin lesions. An iron deficiency can result in fatigue, memory issues, and increased risk for preterm delivery in pregnancy. And for vegetarians, plant-based diets can fulfill their protein needs, but only if protein levels do not decrease further. Signs of protein deficiency include fatigue, muscle weakness, and hair loss.

So how do we protect our food from a greater decline in nutrients? There isn’t much any of us can personally do to affect future carbon dioxide levels other than to try to conserve energy and reduce our own carbon footprints. But we can do more to prevent our own nutritional deficiencies, starting by choosing to eat locally grown, organically farmed items, which are typically grown according to traditional farming methods and, despite what has been reported in some studies, have been found to yield more nutrients than commercial crops. Also, adding a natural vitamin/mineral supplement–or an herbal supplement such as dandelion root–which contains both iron and zinc as well as a number of other vitamins and minerals, can help prevent deficiencies while also having positive effects on the body. 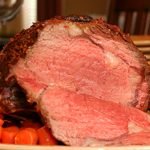