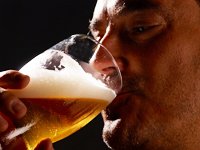 Lots of people enjoy kicking back and having a drink or two when out with friends or to relax after work.  But if one or two drinks soon becomes three or four and it happens on a regular basis, you may pay a price physically and mentally.  In fact, new research has found that cognitive issues may be associated with frequent heavy drinking–and at earlier ages than has previously been demonstrated.

The study, which was conducted at University College London in the United Kingdom, determined that the brain aged approximately six years in the area of memory function for those middle-aged men who had been heavy drinkers for a number of years.1 Ritter, Malcolm. “Drinking Linked to Faster Mental Decline in Men.” Associated Press. 15 January 2014. Accessed 22 January 2014. http://hosted.ap.org/dynamic/stories/U/US_MED_ALCOHOL_BRAIN?SITE=AP&SECTION=HOME&TEMPLATE=DEFAULT   The subjects were nearly 5,000 British adults employed in civil service positions. (That’s a bit scary when you think about it, isn’t it?) All of the participants answered lifestyle questionnaires for more than 20 years that included information about their typical alcohol consumption levels.  From this data, the scientists were able to measure an average daily quantity each person drank over a 10-year period until they were an average age of 56 years old.  The subjects also took cognitive assessment tests every five years of the study.

Brain function was found to drop off over the last 10 years of the research most precipitously for those who drank the largest daily quantities.  While women were included in the experiment, almost none fell into the heaviest drinking category, so it was not apparent if the same effects take place. However, the damage would most likely be similar to the men or even more, as a 2012 study at the University of Greifswald Medical School in Germany showed that alcoholic women appear to die at approximately twice the rate of alcoholic men.2 John, Ulrich; et al. “Excess Mortality of Alcohol-Dependent Individuals After 14 Years and Mortality Predictors Based on Treatment Participation and Severity of Alcohol Dependence.” Alcoholism: Clinical & Experimental Research. 16 October 2012. Accessed 24 January 2014. http://onlinelibrary.wiley.com/doi/10.1111/j.1530-0277.2012.01863.x/abstract   Among the men in the current research, 469 were categorized as the heaviest of drinkers.  Even within that grouping, though, there was a fairly wide chasm between the quantities ingested each day.  On the low end of the spectrum were men who drank approximately 30 ounces of beer or 13 ounces of wine each day, and the highest quantities were around three times that amount. Considering that the British Civil Service is the permanent bureaucracy that administers the United Kingdom, it does make you wonder how well parts of it are running. It also makes you glad they didn’t run a similar test in the United States.

The men in this hardest drinking group showed a significant downward trend in their tests of mental abilities.  On memory assessments in particular, they prematurely aged by about six years and their overall brain function declined by about two years when compared to their peers who abstained from alcohol or only drank in moderation.  No distinction was made between those in the hard drinking category who drank the most versus those who didn’t consume quite as much alcohol, so it is difficult to tell from this study just where the drop-off occurs.  And the research does not prove cause-and-effect, but outlines an association between drinking in your 40s and 50s and excessive mental decline within a decade.

At any rate, even those of the heaviest drinkers who drink the least in their grouping still imbibe an average of two-and-a-half beers or three glasses of wine daily.  Other studies have focused on excessive drinking causing problems for teenagers and the dangers of binge drinking in the elderly, especially those taking prescription medications,3 Blazer, Dan G. and Wu, Li-Tzy. “The Epidemiology of At-Risk and Binge Drinking Among Middle-Aged and Elderly Community Adults: National Survey on Drug Use and Health.” The American Journal of Psychiatry. 1 October 2009. Accessed 24 January 2014. http://ajp.psychiatryonline.org/article.aspx?articleid=101223&resultClick=3 but little has focused on how detrimental alcohol use can be for those in middle age.  And heavy drinking can harm the body as well as the brain.  Over the long-term, excessive alcohol use has been linked to an increased risk of dementia, stroke, heart disease, certain forms of cancer, gastrointestinal conditions, and of course liver disease.

Part of living a healthy lifestyle is learning moderation, and that certainly goes for alcohol consumption just as much as eating junk food.  Cutting back substantially or giving up drinking entirely can give your body a much needed rest from the injury alcohol can do.  While there may be no way to undo every bit of damage it has inflicted on the brain, liver, and so many other organs, giving the body a break from alcohol can allow some repair to take place.  In addition, doing a regular liver detox can stimulate healing by helping cleanse the liver of so many toxins that have accumulated there as well as supporting the liver’s ability to regenerate tissue.  Also, eliminating the toxins will help every part of the body function better. But make sure you start doing your detoxes before you forget that you need to do them in the first place. 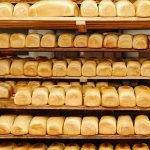