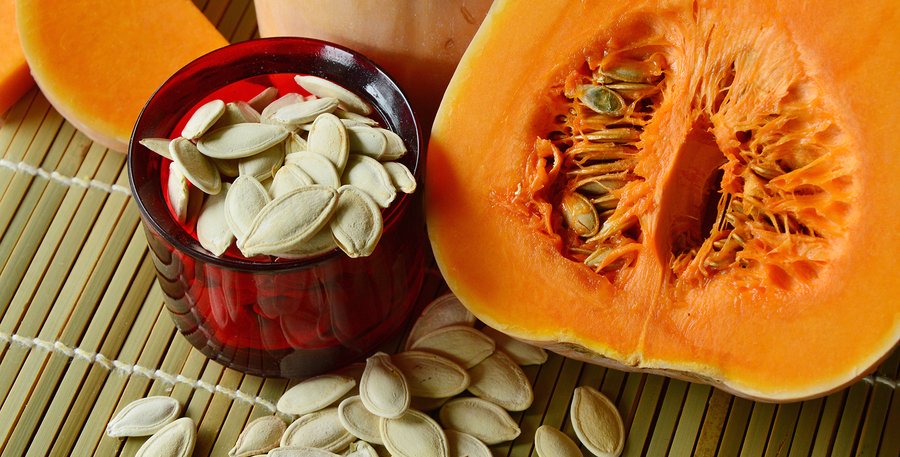 When you think of autumn, what typically comes to mind? Probably cooling temperatures, beautiful fall foliage, Halloween celebrations, and maybe even pumpkin picking. And while pumpkin picking can be a great afternoon activity, these gourds are valuable for much more than decorations on your front porch. You may not necessarily want to consume the ones that have been lying around in the pumpkin patch, but these fruits are chock full of health benefits. So on October 26th, celebrate National Pumpkin Day by eating some pumpkin too.

Of course, some of the foods we most readily associate with pumpkin, such as pumpkin pie, cookies, and cake, are not the healthiest options available. But if you turn to more natural forms of pumpkin, you can get quite a bit of good nutrition. In fact, in many regions of the world, including Australia and parts of Europe, pumpkins are common in the diet. Both the flesh and the seeds offer a range of vitamins and nutrients.

The orange color of a pumpkin comes from its high concentration of beta-carotene, which the body converts into vitamin A. This potent antioxidant has been shown to help lower the risk of a range of chronic and potentially lethal illnesses. A 1999 study at Brigham and Women’s Hospital and Harvard Medical School in Boston, Massachusetts found that beta-carotene intake is associated with a lower incidence of prostate cancer.1 Cook, Nancy R.; et al. “B-carotene supplementation for patients with low baseline levels and decreased risks of total and prostate carcinoma.” Cancer. 1 November 1999. Accessed 11 October 2016. http://onlinelibrary.wiley.com/doi/10.1002/(SICI)1097-0142(19991101)86:9%3C1783::AID-CNCR21%3E3.0.CO;2-N/full.
And a 2008 study at the State University of New York College at Buffalo suggested that beta-carotene may reduce the chance of developing cervical cancer.2 Ghosh, C.; et al. “Dietary intakes of selected nutrients and food groups and risk of cervical cancer.” Nutrition and Cancer. 28 April 2008. Accessed 13 October 2016. http://www.tandfonline.com/doi/abs/10.1080/01635580701861769.

Pumpkins are an outstanding source of many carotenoid antioxidants in addition to beta-carotene, including alpha-carotene. In fact, pumpkins contain 11 mg of alpha-carotene in one cup. This antioxidant is linked with a longer life, and a 2011 study at the Centers for Disease Control and Prevention in Atlanta, Georgia showed those individuals with the highest levels of alpha-carotene in their blood have a 39 percent lower risk of death from any cause compared to their peers with the lowest levels.3 Li, Chaoyang; et al. “Serum a-Carotene Concentrations and Risk of Death Among US Adults.” JAMA Internal Medicine. 28 March 2011. Accessed 13 October 2016. http://jamanetwork.com/journals/jamainternalmedicine/article-abstract/226896.

Pumpkins are also high in fiber. Eating a one-cup serving of cooked pumpkin provides three grams of fiber. Getting adequate amounts of fiber in your diet is important because it helps fill you up and prevents overeating. Another benefit of fiber is that it keeps your digestive system moving smoothly, which promotes regular bowel movements.

And don’t forget the seeds of a pumpkin! They are a terrific source of phytosterols, which are compounds that naturally occur in the cell membranes of plants. According to a 2004 study at Washington University in St. Louis, Missouri, phytosterols can reduce our LDL or “bad” cholesterol levels, lowering the risk of heart disease.4 Ostlund, RE, Jr. “Phytosterols and cholesterol metabolism.” Current Opinion in Lipidology. February 2004. Accessed 13 October 2016. http://www.ncbi.nlm.nih.gov/pubmed/15166807.
Pumpkin seeds are also rich in tryptophan, a type of amino acid. Tryptophan contributes to the production of serotonin, a neurotransmitter that is associated with good moods and sleep. And it should be noted that pumpkin seeds are a very good vegetarian source of protein, weighing in at 29% protein by weight.

To choose a ripe, edible pumpkin, go with a smaller gourd in the four to eight-pound range. These are typically much tastier and less stringy than the larger ones which are better suited for carving. Avoid any with soft spots or large bruises. And canned pumpkin can be a good option when the fresh variety is out of season.

You can prepare pumpkin in many of the same ways you would a squash. It can be roasted, pureed, steamed, or cut up and cooked in other dishes. One cup of pumpkin provides 49 calories, 2650 IU of vitamin A, 564 mg of potassium, 22 mg of magnesium, and 21 mcg of folate. All of these are very beneficial nutrients. And potassium in particular is helpful in restoring the balance of electrolytes in the body after exercising—something to keep in mind when choosing post-workout foods.

Rather than focusing on pumpkin desserts, you can certainly create some very healthy meals around pumpkin. Note that you actually want to consume your pumpkin with some amount of fat because alpha-carotene is fat soluble, so the body can’t absorb it and reap its benefits unless fat is present as well. So consider whipping up your own pumpkin nut bread, a hearty pumpkin soup, or some delicious pumpkin ravioli.

Roasted pumpkin seeds are another great option, offering a satisfying crunch along with lots of nutrition. They are easy to prepare and make for a tasty snack you can keep handy in the kitchen or bring along in a bag to work to avoid vending machines and other junk food temptations. 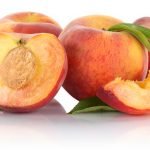 Have a Peach of A Day!