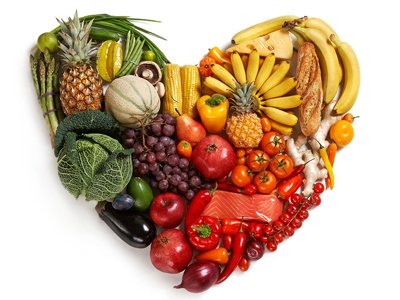 Summer is a great time of year for fruit. Lots of different fruits are in season, and you can get good deals on all kinds of varieties in the supermarket. Plus, what’s more refreshing on a hot day than some slices of watermelon or a bowl of juicy grapes? But lots of people who are regular fruit eaters in the warm months taper off their consumption as the weather changes. If, however, you want to maximize the benefits you get from eating fruit, you should find ways to eat it all year long. In fact, consuming a little fruit every single day has been linked in new research with helping to protect the heart.

The study, which was conducted at Oxford University in the United Kingdom, found that eating fruit even just once or twice a day can significantly lower the risk of having a stroke or heart attack.1 Donnelly, Laura. “Eating at least one piece of fruit a day cuts risk of heart attack by 40 per cent, finds major study.” Telegraph. 1 September 2014. Accessed 8 September 2014. http://www.telegraph.co.uk/health/healthnews/11068050/Eating-at-least-one-piece-of-fruit-a-day-cuts-risk-of-heart-attack-by-40-per-cent-finds-major-study.html The subjects were 451,681 Chinese adults who had not been diagnosed with cardiovascular disease prior to the trial. The participants answered questions about their lifestyle and eating habits, and their medical records were assessed. During the seven years they were followed, 19,300 of the volunteers developed heart disease and 19,689 had strokes.

What’s more, those daily fruit eaters had a 25 percent reduced risk of having an ischemic stroke (blood clot in the brain) and a whopping 40 percent decreased risk of having a hemorrhagic stroke (bleeding in the brain) compared to the fruit abstainers. While ischemic strokes are much more common–accounting for 87 percent of all strokes–hemorrhagic strokes are usually the more deadly kind, with approximately 37.5 percent resulting in death.2 “Stroke Statistics.” University Hospital of New Jersey. 2013. Accessed 9 September 2014. http://www.uhnj.org/stroke/stats.htm The daily fruit eaters were also found to have lower blood pressure levels.

The study was not set up to determine just how many servings of fruit per day made the difference or whether cardiovascular benefits increased along with greater amounts of fruit consumption. However, the subjects who reported eating fruit every day had an average intake of only 1.5 servings. So it would appear that even consuming fruit just once or twice a day can offer significant health advantages. In the United States at least, the average person only consumes 1.1 servings of fruit each day, according to the Centers for Disease Control and Prevention.

Now, it could be argued that the health improvements found in this research were due to more nutritious food choices overall among the daily fruit eaters and not simply as a consequence of consuming fruit. It’s not unreasonable to think that the fruit eaters do eat better in general and that their fruit consumption is just one aspect of it. Let’s face it, if you’re snacking on an apple in the middle of the day, it may very well be in place of downing a bag of chips. Plus, a 2014 study at the University College London in the United Kingdom found that eating at least seven servings of fruits and vegetables on a daily basis can cut the risk of dying by 42 percent compared to those who eat less than one serving daily.3 Oyebode, Oyinlola; et al. “Fruit and vegetable consumption and all-cause, cancer and CVD mortality: analysis of Health Survey for England data.” Journal of Epidemiology & Community Health. 31 March 2014. Accessed 9 September 2014. http://jech.bmj.com/content/68/9/856.abstract?sid=5855ea3c-e879-40df-a125-0a4ba5fb85d9

And with rates of cardiovascular disease already high and climbing, it would be wise to do whatever we can to protect ourselves. So if adding a little fruit to the menu every day will do the trick, why not try it? There are so many delicious options that something will work for even the pickiest of eaters. Try to find locally grown, organic options too, if you can. A 2013 study at Southern Methodist University in Dallas, Texas, showed that organic produce offered improved health outcomes in almost every aspect in which they were analyzed when compared to conventional foods.4 Chhabra, Ria; et al. “Organically Grown Food Provides Health Benefits to Drosophila melanogaster.” PLoS One. 9 January 2013. Accessed 9 September 2014. http://www.plosone.org/article/info:doi%2F10.1371%2Fjournal.pone.0052988 Making some dietary alterations to include more servings of organic fruit (and vegetables) may be just the thing to strengthen your heart and improve overall health as well.