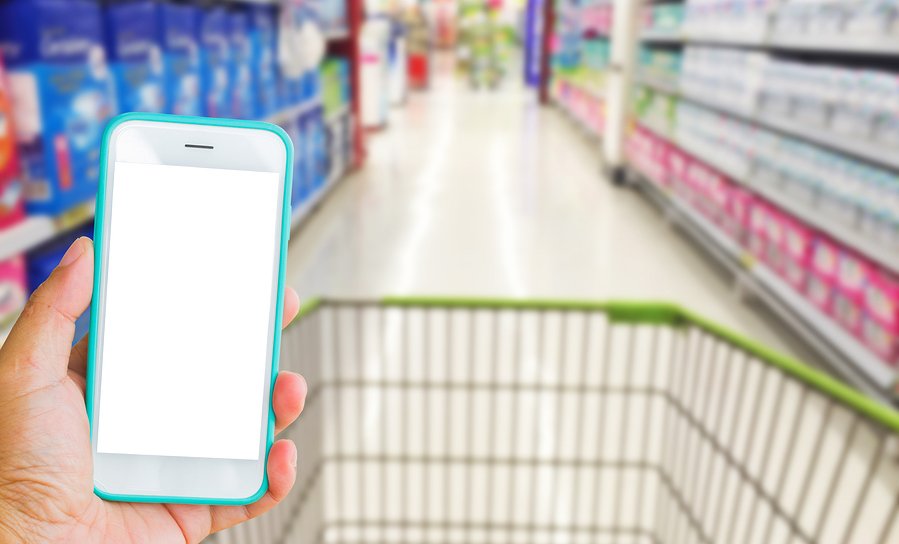 For most of us, this is a particularly hectic time of year. You may be busy wrapping up things at work so you can take a few days off around the holidays, attending parties and celebrations of all kinds, and planning visits with friends and family members. Let’s not forget shopping either, which can take a big bite out of both your time and your wallet whether you are looking to purchase gifts or preparing for a holiday meal at your home. But a word to the wise: you might want to consider skipping the cell phone calls while doing your shopping. Although it might seem like the ideal opportunity to return an overdue call to your sister, new research suggests that this kind of multitasking can take a big toll on–wait for it–your purchasing success.

The study, which took place at the Frankfurt School of Finance and Management in German, found that having a cell phone conversation while shopping may result in making some unwise food purchases.1 Atalay, Selin; et al. “When and How Multitasking Impacts Consumer Shopping Decisions.” Journal of Retailing. 26 October 2016. Accessed 19 November 2016. http://www.sciencedirect.com/science/article/pii/S0022435916300380. The subjects were placed in scenarios that involved multitasking during a shopping experience after the investigators considered their state of mind.

The participants were given a task of buying low-calorie snacks to serve to themselves and a friend. Their instructions detailed the need to select three different snack options that they would be consuming as they travel with this companion. Since both the volunteer and the friend were supposed to be watching their weight in this scenario, they were limited to a maximum of 500 calories on snacks in total. In addition, they were given only a small budget for these purchases. Some of the subjects were made to listen to a voicemail message during the shopping experiment, while others served as a control group that did not have to multitask in this way.

Prior to undertaking the shopping task, the researchers questioned the participants to assess their mood. They were categorized as either in a deliberative mindset, focusing on the why of the task, or an implementing mindset, focusing on the how of the task. A deliberative mindset uses more brain power, whereas an implementing mindset helps us place an emphasis on task completion.

Once the shopping set-ups were finished, the scientists noted that the volunteers with an implementing mindset were only slightly affected by the distraction of the cell phone. In contrast, the subjects with a deliberative mindset were considerably more impaired by the multitasking as their purchases typically were well over the caloric limit that had been established.

The researchers theorize that those subjects focused on “why” may make quicker, less well thought out decisions as they are choosing their items. The stress of dealing with their cell phones while attempting to determine what would work best to purchase caused them to miscalculate, misjudge, or simply ignore calorie counts and fail to correctly achieve their goal.

These results can easily be applied to plenty of real-life situations, especially at holiday time when we are often feeling rushed or under pressure. Chances are very good that if you are in the supermarket, have a limited time to shop, the store is crowded, and you’re trying to make the best healthy purchases for your family, even a small distraction such as a cell phone call or the back and forth of texting could be enough to have you impulsively grab some items off the shelf that you wouldn’t buy in a less stressful situation.

At this time of year in particular, when most people are finding it more difficult than usual to stick with an exercise routine and are also faced with the temptations of tons of high calorie foods at parties and around the office, you certainly don’t need to be sabotaging yourself with unhealthy purchases at home. So make sure you can carve out an hour here or there to go to the supermarket undistracted by others and turn your cell phone off, if necessary. And if that’s really not possible, at least make a grocery list before you head to the store. A 2015 study at the Rand Corporation in Pittsburgh, Pennsylvania found that basing your shopping on a list can help you eat more nutritiously and maintain a healthier body weight.2 Dubowitz, Tamara; et al. “Using a Grocery List is Associated With a Healthier Diet and Lower BMI Among Very High-Risk Adults.” Journal of Nutrition Education and Behavior. May-June 2015. Accessed 20 November 2016. http://www.jneb.org/article/S1499-4046(15)00008-1/abstract.