Know the Calories in Your Alcoholic Drink | Health Blog

Alcohol Calorie Counts To Be Posted 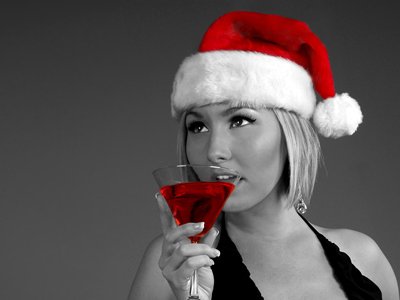 Long gone are the days when customers could wash down a Starbucks coffee with a blueberry scone believing it wasn’t as bad for the diet as, say, iced lemon pound cake or a chocolate croissant. There are no more secrets at Starbucks: the place has been posting the caloric content of its offerings for a while now. Likewise, some municipalities, such as New York, have long required restaurants to post calories, but many other places across the US have been free from such requirements.

Not surprisingly, there are plenty of exceptions to the law that somewhat undermine its usefulness. For instance, only restaurants with 20 or more locations are required to comply, meaning that the local high-end bistro can add as much butter to your meal as desired without worrying that you’ll get scared off by the calories. But in reality, local independent restaurants are becoming increasingly scarce, so the law will cover most of the places where Americans eat out. In fact, only 25 percent of restaurants in the US are still independently owned, 11 percent are part of a small chain, and the remaining 64 percent belong to a mega-chain like McDonald’s or P.F. Chang’s.2 “NPD: Chains Outperforming Independent Restaurants.” 2 September 2014. QSR. 18 December 2014. http://www.qsrmagazine.com/news/npd-chains-outperforming-independent-restaurants

It’s also worth noting that the final version of the law actually is stricter than it originally was. Now, it includes alcoholic drinks, meaning that restaurants will have to let you know how many calories that margarita will set you back. That’s a great advance, because, as Margo Wooten of the Center for Science in the Public Interest says, “Alcoholic beverages are a key contributor to the calories Americans are consuming, and most of the time when people have a drink they have absolutely no idea what its caloric impact is.”3 “Calorie counts coming to alcoholic drink menus.” 17 December 2014. CBS News. 18 December 2014. http://www.cbsnews.com/news/calorie-counts-coming-to-alcoholic-drink-menus/ While her statement might be a bit of an exaggeration-most of us have heard the term “beer belly,” and we know we won’t get skinny living on Bloody Marys–the extent of the caloric load those drinks add to the diet does elude the majority.

Unfortunately, the alcohol industry put pressure on the government to allow some wiggle room on the labelling requirements, and the upshot is that there are still plenty of ways food establishments can slip drinks to consumers without telling them how many calories those drinks contain. For one thing, drinks only need to be labeled with a calorie count if they’re on the regular menu. That means that if you order a drink at the bar, or if you choose a drink special or custom concoction, you can remain blissfully ignorant of how it will affect your diet. Also, the law allows restaurants to estimate how many calories drinks contain, or to list a generic number or even provide a range, instead of giving an accurate calorie count. This confers a cost-saving benefit to wine makers, brewers, and alcohol manufacturers who otherwise would have to pay to have their products analyzed. But then again, how much would that add to the cost of a beer or a glass of wine–a few millionths of a cent? It’s one lab test costing a few hundred dollars that would then cover every single ounce of Bud Light sold–ever.

At first blush, this might not seem to be such a big deal. After all, if the menu tells you that a tall glass of beer contains 160 calories, or that white wine contains about 120, it gives you some idea of what you’re consuming. The truth, though, is that there’s huge variation between vintages, brands, and brews.

For instance, looking at beer, Anchor Porter contains 209 calories per 12 ounce glass; Sam Adams Double Bock has 323; Kona Fire Rock Pale Ale contains 189; but Tecate contains only 138.4 Get Drunk Not Fat. http://getdrunknotfat.com/ Pabst Blue Ribbon Light contains 113 calories, but Corona Light is 99, and Molson’s Canadian contains just 67. And so, the 160-calories estimate on the menu could be way too high or too low, depending on what, exactly, you ordered.

There are significant variations among wines, too. Skinny Girl contains only 100 calories per five ounces in both its red and white wines, while Carlo Rossi Cabernet contains 125, and Beaulieu Pinot Noir has 151. Sterling Chardonay contains 156 calories for a comparable amount; Carlo Rossi White Zinfandel contains 85; and Hakutsuru draft sake contains 348.

Even liquors and whiskeys show big variations according to brand. Myers Original Dark Rum contains 96 calories per 1.5 ounces, for instance, while Monarch 151 Rum contains nearly twice that amount, at 182 calories. And so a mixed drink that contains rum will vary quite a bit in caloric load, depending on the brand used. Given that a pina colada, which is a favored rum drink, contains 490 calories on average, it might be important to know that using certain rums will bring that calorie count to well over 500.

In any event, the question that matters is whether or not it will make a difference to consumers knowing how many calories their drinks contain. To date, the research shows that posting calorie counts doesn’t make a huge difference in consumer buying patterns. Dr. Brian Ebel of the New York University School of Medicine, has been researching the impact of publicizing caloric content since 2008. In one of his studies, he found that almost half of all consumers didn’t even notice the posted calories, and of those who did, only 25 percent modified their orders. His subsequent studies have brought similar findings.

A larger study at Starbucks nationwide found that posted calorie counts did, in fact, influence what people ordered, but not by much.5 Stanford GSB Staff. “Researchers: How Does Posting Calories Affect Behavior?” February 1, 2011. ” Stanford Business School. 18 December 2014. http://www.gsb.stanford.edu/insights/researchers-how-does-posting-calories-affect-behavior After calories were posted, consumers ordered an average of six percent fewer calories per transaction. This translates to 232 calories per transaction, compared to 247 calories before calories were posted. It’s significant to note that virtually all of the reductions in calories came from modified food orders–getting the bagel instead of the muffin, or just getting the drink and skipping the sweet altogether. Consumers did not change their beverage-ordering patterns.

That might have been in part because at Starbucks, the food is in a case right up front and it’s easier to see the calorie information there than it is to see the beverage information, which is posted on a board high up, above eye level. Or, it might be because people simply won’t change what they drink, calories be damned.

In any event, if posting calories leads to even a small six percent reduction in caloric intake, it’s a step in the right direction. What happens at Starbucks does not necessarily predict how consumers will act in sit-down restaurants or at other fast-food establishments, but hopefully, as the public becomes more educated and restaurants scramble to create lower-calorie options that aren’t embarrassing to advertise, posting calories will indeed make a real difference. Or perhaps we really need to pay attention to previous studies which tell us we need to up the ante and, instead of just posting calories, tell people how much they’ll have to work to get rid of them.