Afternoon Naps Needed After Some Meals 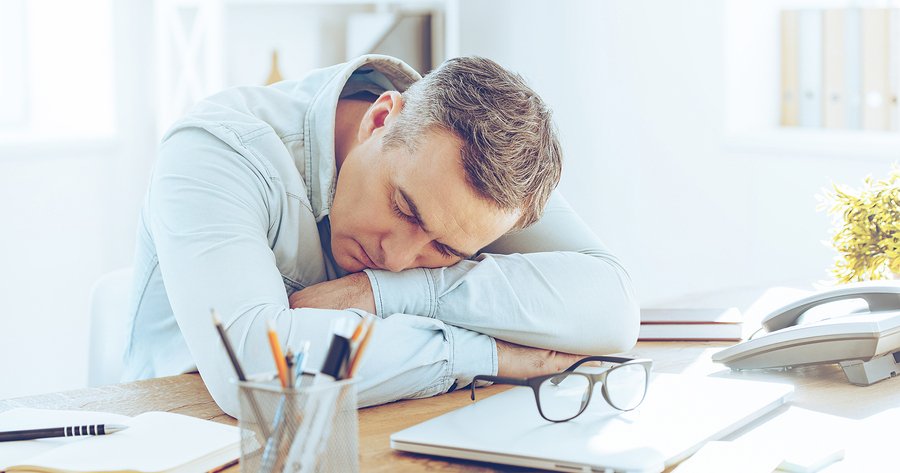 Do you ever hit that slump in the middle of the afternoon that makes you want nothing more than to curl up on a couch and go to sleep? Technically, it’s called the postprandial dip. Most of us have experienced this sensation at one point or another and some people feel it on a regular basis. If you’re not sure why this happens to you sometimes, you might want to look at what you’ve been eating. According to new research, there may be more involved than having a blood sugar crash. As it turns out, consuming a lot of fatty foods may contribute to your drowsiness.

The study, which was conducted at the University of Adelaide in Australia, found that men with high-fat diets tend to have more of a problem with daytime sleepiness.1 Cao, Yingting; et al. “Associations between Macronutrient Intake and Obstructive Sleep Apnoea as Well as Self-Reported Sleep Symptoms: Results from a Cohort of Community Dwelling Australian Men.” Nutrients. 8 April 2016. Accessed 11 May 2016. http://www.mdpi.com/2072-6643/8/4/207 The subjects were 784 Australian men between the ages of 35 and 80 who answered questions about their lifestyles including their dietary habits. They were also given a sleep study at home to determine whether sleep apnea symptoms were present.

After analyzing the data, the scientists discovered that the quarter of participants with the highest fat intake were much more likely to report feeling sleepy during the day than the quarter of the participants with the lowest fat diets. In fact, 46 percent of the volunteers eating the highest fat diets complained of frequent daytime drowsiness. In contrast, 37 percent of those with the lowest fat intake said they were regularly tired during the day.

Even after the investigators controlled for a range of potentially influential factors such as physical activity level, weight, a diagnosis of depression or diabetes, drinking habits, and smoking, those men with the most fat in their diets had a 78 percent greater chance of experiencing daytime sleepiness than their counterparts who had the least amount of fat in their diets. The highest fat group also was shown to be at greater risk of sleep apnea symptoms than their lower fat peers but, not surprisingly, that tended to go hand-in-hand with being overweight.

It wasn’t only fat-laden diets that that the researchers evaluated for having an effect on sleepiness. They also examined the subjects’ diets based on carbohydrate and protein consumption, but no association could be made between a higher intake of either of these types of nutrients and an increased occurrence of daytime drowsiness. While the study was not designed to prove cause and effect, it certainly did find a link between higher fat intake and feeling excessively sleepy during the day.

So what is it about fat that might make us want to catch a little shut eye? High-fat diets are often not high in healthy kinds of fats, such as those derived from nuts, avocados, olive oil, and fatty fish such as salmon. The majority of the time, a high-fat diet consists of too many cookies, chips, greasy burgers and fries, pizza, and similar foods low in nutrition and packed with not only plenty of fat but lots of calories as well. It also likely means that the individual’s overall diet is not well balanced, since a high percentage of fat would translate to lower percentages of protein and carbohydrates.

If you’ve been feeling the desire to nap in the afternoon, it may be time to rethink your eating habits. Your lunch menu may be part of the problem, especially if you are choosing foods that are high in fat, making you feel sluggish as they are digested slowly. Another issue may be too many simple carbohydrates that will give you a small burst of energy then leave you feeling depleted. But make changes to your overall diet as well, not just your midday meal. A healthy breakfast with some whole grains, fruits, and lean protein can give your day a great start that will fortify you for hours. And dinner should be equally nutritious, allowing you to fill up on foods that won’t leave you bloated and uncomfortable as you’re going to sleep.

Don’t forget the other part of the equation, either. If you are tired in the afternoon, find time to exercise. Working out was shown in a 2006 study at the University of Georgia to give you energy and combat fatigue,2 Puetz, Timothy W.; et al. “Effects of Chronic Exercise on Feelings of Energy and Fatigue: A Quantitative Synthesis.” Psychological Bulletin. 2006. Accessed 12 May 2016. http://www.psychwiki.com/dms/wiki/uploadedfiles/other/Puetz2006.pdf preparing you both mentally and physically to get through the rest of your day.