Eyesight Issues on the Rise 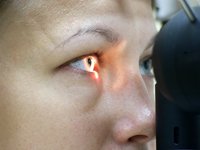 Anyone who reads this website is familiar with the fact that diabetes is a major problem in America, and it is growing quickly.  Diabetes presents plenty of dangers on its own, along with a range of possible complications.  Therefore, it seems practically inevitable that the rates of these many complications would be rising as well.  And in fact, now there is new research confirming the fact that the number of people with vision impairment has increased significantly, right alongside the diabetes epidemic.

The study, which was conducted at the Dana Center for Preventive Ophthalmology at the Johns Hopkins University School of Medicine and The Bloomberg School of Public Health in Baltimore, points to evidence that serious causes of vision loss are becoming much more prevalent…in a very small period of time.1 Mann, Denise. “Vision Problems Rising Rapidly in the U.S.” WebMD. 11 December 2012. Accessed 17 December 2012. http://www.webmd.com/eye-health/news/20121206/vision-problems-rising-rapidly-us
Using information from a large nationwide database, the scientists evaluated the participants’ eye health status between 1999 and 2002, then again between 2005 and 2008.  All of the subjects were adults at least 20 years old.  They took surveys, received physical examinations, and had laboratory testing performed.

The researchers discovered that non-refractive vision problems rose by a whopping 21 percent in that short time span.  As the name suggests, non-refractive vision problems are conditions that cannot be corrected with eyeglasses or contact lenses.  The most common types of non-refractive vision problems are glaucoma, cataracts, and diabetic retinopathy.  Glaucoma is a condition involving increased pressure in the eye, and it is 40 percent more prevalent in those with diabetes than in those without it.  Cataracts, a clouding of the eye’s lens, is 60 percent more common in those with diabetes than in those without it–this is clearly a diabetes side effect.  And diabetic retinopathy is a disorder in which the blood vessels within the eye are damaged from consistently high blood glucose or blood pressure levels and is obviously almost always associated with diabetes.2 “Blindness or Vision Problems.” American Diabetes Association. Accessed 18 December 2012. http://www.diabetes.org/living-with-diabetes/complications/mens-health/serious-health-implications/blindness-or-vision-problems.html

Since the study included data on people of all ages, rather than just an elderly population, it would appear that these serious vision issues are developing in many younger adults.  Previously, they have always been considered eye conditions related to aging, because they have been fairly rare among young adults.  However, with diabetes now affecting 25.8 million people and an estimated 79 million more with prediabetes, including many young adults, its damage to the eyes is being seen at much earlier ages.3 “The Facts About Diabetes: A Leading Cause of Death in the U.S.” National Diabetes Education Program. Accessed 18 December 2012. http://ndep.nih.gov/diabetes-facts/index.aspx   In fact, the researchers determined that during the nine years covered in the study alone, up to 700,000 more people may have begun to experience these types of vision impairments–and the largest population to have developed them was those between the ages of 20 and 39.

Of course overall, the older the participant, the greater his or her chances were of developing a non-refractive vision problem.  Other risk factors included lower education levels and poverty, which may influence a person’s ability to visit an ophthalmologist or even their awareness of the need to have regular eye exams.  And sadly, the final risk factor–and the only one that was determined to have grown in the few years between the survey periods–was having a diagnosis of diabetes for at least 10 years.

With diabetes striking so many people so much earlier in life, we face a much greater risk of developing all sorts of the complications, or an echo effect, that come with the disease over time.  In addition to diabetic eye problems, there are cardiovascular illnesses, nerve damage, circulation problems, and more that will likely be increasing with equal frequency among diabetics in middle age or even young adults once they have been long-term diabetes patients.

Since both diabetes and its resultant health issues are often preventable, it’s important to take matters into your own hands as soon as possible.  If you don’t yet have diabetes, but there is a family history or you are overweight, start eating more carefully.  Avoiding sugar and other high glycemic foods, as well as cutting back on unnecessary fats and keeping portion sizes small, will help you lose weight and help your pancreas to continue producing the insulin it needs.  And exercise is essential; numerous studies have found that regular workouts are instrumental in reducing insulin resistance.  One 2009 study even suggests that very short, intense bursts of exercise may be more effective in preventing diabetes than longer workouts.4 Babraj, John A., et al. “Extremely short duration high intensity interval training substantially improves insulin action in young healthy males.” BMC Endocrine Disorders. 28 January 2009. Accessed 18 December 2012. http://www.biomedcentral.com/1472-6823/9/3 And using herbs that slow down the absorption of high glycemic carbs can moderate insulin spikes, which also can be extremely helpful.

For those with diabetes, the same diet and exercise advice stands to make sure you manage the disease well and avoid complications.  You will also need to have your eyes checked regularly to detect any signs of diabetic changes immediately.  Diabetes-related vision loss can be prevented if you are willing to take a few steps toward a healthier lifestyle.