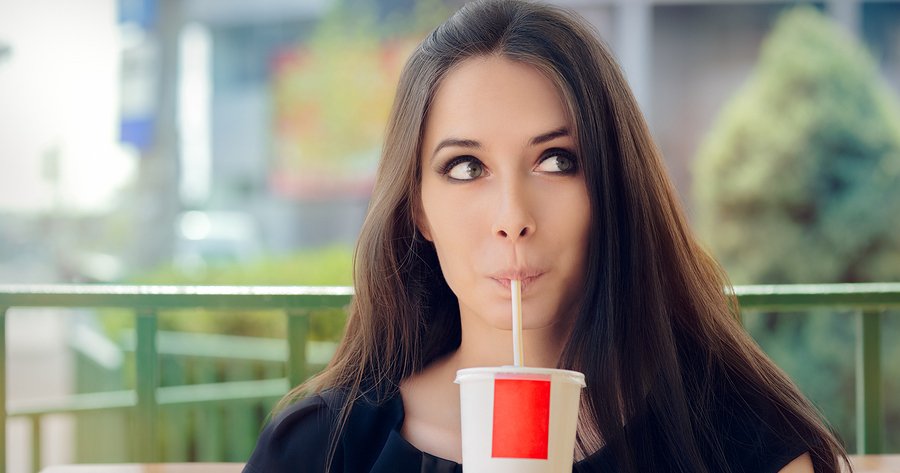 Most of us know that the prevalence of adult onset diabetes has been skyrocketing along with obesity. And because of what we’ve read about the effects of obesity, we connect the dots, figuring that obesity and Type 2 diabetes go hand in hand. By extension, we figure that if we remain svelte, we’re probably safe—right?

In fact, according to new research, whether you’re skinny or fat doesn’t affect your diabetes risk that much if you drink sodas and other sugar-laden drinks.1 Brown, Parker. “Soda’s Diabetes Problem: The Non Obese at Risk, Too.” 21 July 2015. MedPage Today.23 July 2015. http://www.medpagetoday.com/Endocrinology/Obesity/52699 The research, out of Britain’s Cambridge University, drew on 17 previous studies involving more than 38,000 people. The research showed that drinking just one sugar-sweetened drink daily upped the risk of developing diabetes by a significant amount whether the subject wore a size two dress or a size 20x. For obese individuals, soda drinking drove risk up by 18 percent. For thin and normal weight individuals, risk rose by 13 percent.

As research director Fumiaki Imamura explains, “So even if people are lean, if they continue consuming sugar-sweetened beverages, they have a greater likelihood of developing Type 2 diabetes.”2 Aubrey, Allison. “Even if You’re Lean, 1 Soda per Day Ups Your Risk of Diabetes.” 23 July 2015. KUOW.org. 23 July 2015. http://kuow.org/post/even-if-youre-lean-1-soda-day-ups-your-risk-diabetes

The soda companies like Coca-Cola and Pepsi have been running a bit scared for a while now, as news reports keep pounding the negative effects of their products, particularly in relation to obesity. They’ve made public promises to produce more low-calorie beverages, cut portions, and, also, to market no-calorie products—i.e., water. But the problem this study revealed (and it isn’t the first to do so) is that low-calorie beverages, even those using artificial sweeteners, also may up diabetes risk, in spite of the soda industry’s efforts to tout these beverages as healthier choices. Of course, earlier studies have shown that such drinks lead to weight gain over time, anyway, plus, as we’ve written before, artificial sweeteners are associated with a host of ugly health effects.

Because the study relied on observational data rather than clinical trials, it can’t actually prove cause and effect. To do that, you’d need two groups, one a non-soda control and the other drinking daily soda, and then you’d have to compare results. The fact that the observations involved almost 40,000 people didn’t stop the soda industry from virtually dismissing the results.

“The authors of this study acknowledge their findings do not show drinking beverages of any type causes chronic disease,” says a statement released by the American Beverage Association. “Even so, our industry is committed to being part of real solutions to public health challenges… And with our latest initiative — Balance Calories — we are working toward a common goal of reducing beverage calories in the American diet by 20 percent by 2025.”3 “News Releases & Statements.” 22 July 2O15. The American Beverage Association. 24 July 2015. http://www.ameribev.org/news-media/news-releases-statements/more/360/

There’s a lot wrong with that statement, including the fact that the industry plans to take 10 years to cut calories by a measly 20 percent. By the time those changes get instituted, many of the kids courting future illness by drinking soda now will already by having kids of their own. But that aside, it’s not just soda that’s under the gun with this study, because it appears that even 100 percent pure fruit juices raise diabetes risk in both overweight and thin people, although the researchers demurred on this point, saying their results weren’t conclusive enough. Instead, they made an oblique statement about how juices “seemed not to be healthy options for the prevention of Type 2 diabetes.”

The diabetes lowering effect didn’t seem to be associated with the glycemic index. Rather, there’s something particular about blueberries, grapes, and apples that does the trick. Although the researchers weren’t sure what caused the effect, they noted that previous studies have found that anthocyanins in berries and grapes lowered heart attack risk.

Meanwhile, that same study, like the new one, found that drinking fruit juice raises risk. Those subjects who drank just a glass of fruit juice daily increased their risk of developing diabetes by up to 21 percent.  The study authors estimate that if the juice drinkers substituted whole fruit for the juice three days a week, they’d reduce their risk by seven percent.  They speculate that the reason fruit juices had a negative impact while whole fruit didn’t has to do with the fact that “Fluids pass through the stomach to the intestine more rapidly than solids even if nutritional content is similar. For example, fruit juices lead to more rapid and larger changes in serum [blood] levels of glucose and insulin than whole fruits.”

The study did not analyze the threshold at which fruit consumption flips into a negative—in other words, if you eat three apples and a bowl of grapes each day do you still get the beneficial effect? Bottom line is it’s probably wise to avoid fruit juice to the extent possible, certainly avoid soda, and do eat a limited amount of fruit daily. In fact, as Jon Barron has pointed out, you should only drink fresh squeezed juices, not bottled juices, and even at that, you should dilute those juices with water before drinking them.