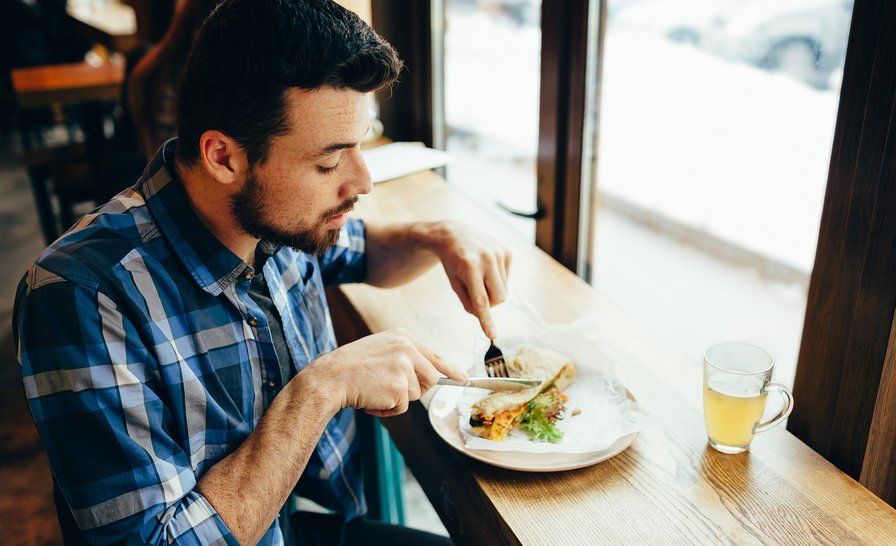 Most of us don’t choose to dine alone; it simply happens. Whether your solo meals occur because you don’t live with others or your schedule for eating doesn’t always sync up with those you live with or you’re often dining alone at your desk as you work, you may sometimes find that you end up dining alone. While it may not make for the most fun meal times, there’s nothing unhealthy about eating on your own, right? Actually, it appears there is. New research suggests that eating alone is associated with a higher risk of developing diabetes and cardiovascular disease.

The study, which took place at Dongguk University in Goyang, South Korea, found that individuals who typically dine by themselves may face a greater likelihood of being diagnosed with metabolic syndrome, which can lead to serious health problems.1 Kwon, A. Rom; et al. “Eating alone and metabolic syndrome: A population-based Korean National Health and Nutrition Examination Survey 2013-2014.” Obesity Research & Clinical Practice. 20 October 2017. Accessed 1 November 2017. http://www.sciencedirect.com/science/article/pii/S1871403X17300960. The results are based on an analysis of medical information from 7,725 South Korean men and women who also answered questionnaires with topics including how frequently they dined alone.

Interestingly, the outcomes differ considerably by gender. Men who generally eat by themselves at least twice a day had a 64 percent higher risk of having metabolic syndrome and 45 percent higher risk of obesity. When the researchers assessed the data further, they discovered that single men who reported frequently dining alone were the most likely group to develop metabolic syndrome, having more than triple the risk of men who typically had company during meals. What’s more, the results remained consistent even after the investigators controlled for potential influences like age, physical activity level, education attained, occupational status, and alcohol and cigarette use.

In contrast, women with a lack of dining companions did not fare quite as badly. The women who reported dining solo at least twice a day were shown to have a 29 percent greater risk of developing metabolic syndrome than their peers eating with others. However, the increase vanished completely when the various lifestyle and socioeconomic factors were taken into consideration.

This research was not designed to prove cause and effect between eating alone often and having metabolic syndrome. But it does go a long way toward establishing a link between the two, even if it is not entirely clear why. And it is not the first time such a link has been determined. A 2015 study at the Hospital for Sick Children in Toronto, Canada found that even in adolescence, eating alone often is associated with a higher body mass index and risk factors for heart disease.2 Khoury, M.; et al. “Evaluating the Associations Between Buying Lunch at School, Eating at Restaurants, and Eating Together as a Family and Cardiometabolic Risk in Adolescents.” Canadian Journal of Cardiology. October 2015. Accessed 1 November 2017. http://www.onlinecjc.ca/article/S0828-282X%2815%2901260-X/fulltext.

It is possible that the problem stems from what people tend to choose to consume when they dine alone frequently, and poor eating habits can certainly contribute to metabolic syndrome. This condition is characterized by the presence of specific health issues that include hypertension, elevated cholesterol levels, high blood sugar, and excess fat around the midsection. And metabolic syndrome often goes hand in hand with being overweight in general.

So what do you do if you often eat alone? First of all, recognize that metabolic syndrome is not brought on by the mere fact that you tend to dine solo. It’s likely the choices you make when eating by yourself that can affect your health. You may not feel it’s worth the effort to prepare a full meal just for you, but it really is. You will eat much more nutritiously if you take the time to cook the right foods, balancing lean sources of protein, vegetables, a moderate portion of whole grains, and healthy fats rather than grabbing takeout on the way home or quickly throwing together a sandwich of processed meats on an oversized roll accompanied by a bag of chips. Choose a night or two each week when you’re a little less busy to cook a healthy meal; then save the leftovers for other evenings.

And if you’re in a situation in which you do live with others but your mealtime schedules don’t often mesh, try to change that when possible. Leave a bit later in the morning to share quality time and food at breakfast. Or prioritize a couple of nights a week to do your best to sync up the various schedules and eat dinner together. Not only will your eating habits and disease risk improve, but your relationships will benefit as well. 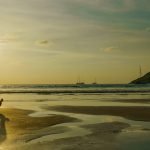