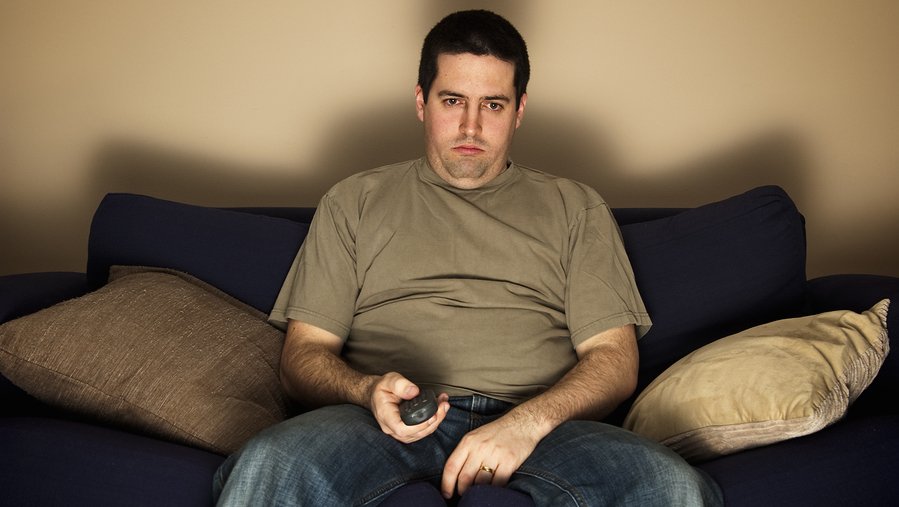 Home entertainment options nowadays make just about everything accessible on our televisions. Between on-demand cable services, subscriptions to Netflix and Hulu, and DVR recorders, we can watch almost anything our hearts desire for hours on end. And sometimes, that may be just what you’re in the mood to do after a long day at work or on a rainy Saturday afternoon. Of course you’re aware that binge watching TV isn’t the healthiest of activities in general, but now there’s a specific reason that you probably haven’t thought of. New research has linked it with the potential for fertility problems in men.

The study, which was conducted at the University of Copenhagen in Denmark, found that men who watch several hours of television daily experience both lower sperm counts and lower sperm concentration than their peers who don’t watch TV.1 Priskorn, Laerke; et al. “Is Sedentary Lifestyle Associated With Testicular Function? A Cross-Sectional Study of 1,210 Men.” American Journal of Epidemiology. 15 November 2016. Accessed 26 November 2016. http://aje.oxfordjournals.org/content/184/4/284.abstract. The subjects were 1,210 Danish men who had a physical exam to assess their fitness for military duty. They answered a questionnaire about their daily screen habits, including television watching and computer time.

Semen samples were taken and analyzed, and the researchers evaluated those results against television watching. Those participants who reported TV viewing habits of five or more hours per day, astonishingly, were shown to have 29 percent lower sperm concentration and 34 percent lower sperm counts than their peers who watched no television at all. Both sperm concentration and sperm count are important indicators of reproductive health, and problems in these areas can contribute to difficulties in conception. Sperm concentration refers to the number of sperm in a semen sample, while sperm count is the concentration of sperm multiplied by volume. Low numbers in either of these measurements may be linked to infertility.

Surprisingly, it appears from the study’s findings that the sperm problems are specifically and strongly tied to watching television and not just the act of lying around like a couch potato. The volunteers who sat at a computer for the same five hours or more a day did not have correspondingly similar drops in their sperm count or sperm concentration. That’s an unexpected result since both television watching and playing on a computer are both typically sedentary types of pursuits, and both involve watching a screen.

So why would television watching impact a man’s sperm so much more than using a computer? The scientists aren’t sure, but they theorize that it might have to do with television being a more passive activity, literally requiring no more movement than occasionally hitting a button on the remote. At least on a computer you are somewhat more engaged, and if it’s a laptop you might even tend to move around while using it. (Then again, if you sit a laptop on your lap when using it, the heat from the laptop can lower your sperm count—not to mention the fact that your laptop’s wi-fi connection can harm your sperm.)

But overall, it does make sense that such an inactive lifestyle could potentially lead to fertility issues. Sitting still in a nice warm spot (especially if you’re wearing briefs instead of boxers) can raise the temperature in the scrotum by a couple of degrees, and this excess heat can damage the sperm production process. Plus, this is not the first investigation to discover a link between frequent television watching and male fertility problems. A 2013 study at the Harvard School of Public Health in Boston, Massachusetts found that spending more than 20 hours a week in front of the television was associated with 44 percent lower sperm count compared to men who didn’t watch.2 Gaskins, Audrey Jane; et al. “Physical activity and television watching in relation to semen quality in young men.” British Journal of Sports Medicine. 4 February 2013. Accessed 27 November 2016. http://bjsm.bmj.com/content/early/2013/01/21/bjsports-2012-091644.abstract?sid=478802fd-48d4-47ce-8c8d-d978f0dcc136.

The bottom line is, whether you are ready to start trying for a baby or not, sitting on a couch for hours on end watching TV is simply not good for your health. Excessive screen time has been tied to depression and doubling the risk of death in addition to decreases in sperm count and concentration. So make an effort to cut down your viewing time. Even if you’re feeling exhausted, you can dedicate some of the time you would normally spend vegging in front of the TV to exercise. Physical activity puts you in a better mood and helps you feel more energized.

And in fact, another 2013 study at the Harvard School of Public Health showed that men who exercise consistently are more likely to have a higher-than-average sperm count than those who do not exercise.3 “Less processed meat, more fish and exercise may boost sperm county, quality.” Harvard School of Public Health. 14 October 2013. Accessed 27 November 2016. http://www.hsph.harvard.edu/news/hsph-in-the-news/less-processed-meat-more-fish-and-exercise-may-boost-sperm-count-quality/. So if you’re getting ready to conceive, there’s no time like the present to start working out!