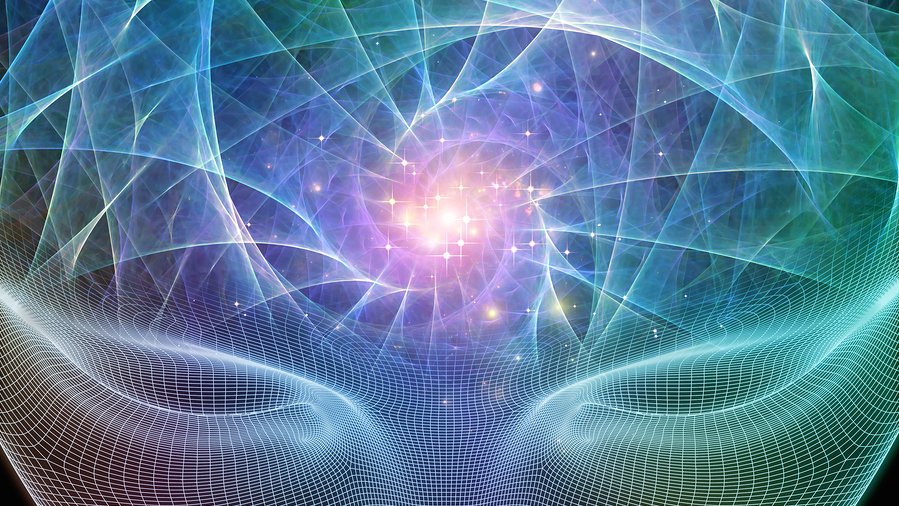 A few years ago, my friend Dee shocked me when she told me that in her past, she had participated in a study out of UCLA that required her to take the hallucinogenic drug psilocybin every day for a one-month period.  She had been chosen as a subject for the study because the researchers needed participants over the age of 55 who had never “tripped” before, and Dee fit the bill. At the time of the study, she was the stodgy, conservative grandmother of two, but the experiment changed her. By the time I met her, she had embraced an alternative lifestyle and become a source of bewilderment to her family and former friends.

The researchers weren’t trying to turn upstanding citizens into fringe hippies. Rather, they were investigating whether taking psychedelic drugs might help people to overcome their fear of dying. Each time Dee took psilocybin, she was supervised by an entire medical team who stayed with her throughout her trip. Dee says that by the end of the study, her fear of dying had diminished to just about zilch. More remarkably, even years later, her triumph over that fear remained solid.

Studies investigating the potential psychological benefits of hallucinogenic drugs, and particularly testing their ability to ease the fear of dying, have been going on quietly for many years now. Because hallucinogenic drugs are still illegal and ostensibly serve no medical purpose, funding for research has been scant in recent years, but it wasn’t always that way. Back in the 1950’s, a psychiatrist named Stanislav Grof undertook research in Prague investigating the medical applications of LSD.1 Zaitchik, Alexander. “How Stanislav Grof Helped Launch the Dawn of a New Psychedelic Research Era.” 9 April 2010. Alternet. 9 December 2016. http://www.alternet.org/story/146393/how_stanislav_grof_helped_launch_the_dawn_of_a_new_psychedelic_research_era A few years later, he moved to Maryland and worked with Dr. Walter Pahnke at the Maryland Psychiatric Research Center, where the team began looking at LSD as a possible palliative for terminal patients afraid of dying. In controlled experiments, the team administered LSD to dying patients and found that one-third of them experienced “dramatic improvement” in their psychological state after dropping acid, and another third experienced “moderate improvement.”

In fact, back then, psychiatrists routinely used hallucinogenic drugs to help terminal patients cope with anxiety, as well as to help alcoholics stop drinking.2 Pollan, Michael. “The Trip Treatment.” 9 February 2015. The New Yorker. 9 December 2016. http://www.newyorker.com/magazine/2015/02/09/trip-treatment For a while then, hallucinogenic drugs were considered exciting new substances on the frontier of medical and psychological research, prompting the US government to fund 116 LSD studies prior to 1973. Those studies investigated the various medical applications the drugs might provide.  Meanwhile, Dr. Grof published books and articles celebrating the promising findings.

The research might have continued if not for Timothy Leary, a well-established Harvard professor at the time, who caught wind of Grof’s work and tried some LSD himself to see what the fuss was about. Leary decided LSD was too good to be confined to the lab, and so he famously declared that the masses should snag some of the substance for themselves and “turn on, tune in, and drop out.” 3 www.youtube.com/watch?v=LTCxINKT7l4 Leary was dismissed from his professorial perch at Harvard University after distributing LSD to students and taking massive doses himself, but the counterculture heeded his call. Instead of using psychedelics in a supervised fashion for medical ends, hordes of young people were walking around drugged out, some even having psychotic breaks triggered by the drugs, while the conservative mainstream reacted by declaring psychedelics illegal, causing funding for research into LSD medical applications to dry up.

Recently, though, the door to that interrupted research seems to be reopening.4 Slater, Lauren. “How Psychedelic Drugs Can Help Patients Face Death.” 20 April 2012. The New York Times.  9 December 2016. http://www.nytimes.com/2012/04/22/magazine/how-psychedelic-drugs-can-help-patients-face-death.html In the past few years, multiple studies on hallucinogenic drugs have been initiated, including a handful—at New York University, UCLA, and Johns Hopkins—looking at using these drugs to alleviate PTSD symptoms, to manage chronic headaches, to help smokers and drinkers quit, and again investigating how these drugs affect fear of death in terminal cancer patients. The studies have benefited from the earlier research, which found that effective results could be achieved even when administering lower doses and, also, refined methods for guiding subjects through the experience. Whereas the research my friend Dee volunteered for back in the 70s required her to take psilocybin daily for a month, one current study at NYU restricts the drug-taking to just two sessions, and in one of those sessions, the subject gets a placebo (a niacin tablet). The study is double-blind, which means that neither the patient nor the researcher knows whether the subject is tripping for real or simply having a niacin episode.

In all the current studies, the subjects are screened carefully to be certain they’re stable and have no family history of mental illness since psychedelics do have the potential to induce psychotic episodes. The sessions are always supervised and choreographed. In the NYU study, subjects lie on a couch while listening to carefully selected music, with two psychotherapists in the room to act as guides. In another study, participants are asked to bring meaningful objects with them and to use those objects as part of their experience. The preparation, screening, and support have insured that nobody has had a bad trip out of the many hundreds involved in the various studies. After the session, participants meet with the research team numerous times to debrief and make sense of their experience.

In nearly all cases, the drugs do seem to lessen death anxiety. An article last year in The Journal of Psychopharmacology reported that 94 percent of the subjects in a study at Johns Hopkins said that the trip was one of the five most meaningful experiences of their lives, while 39 percent said that it was the most meaningful experience. Considering that all of the subjects were at death’s doorstep, that’s significant indeed.

Why do the hallucinogenic experiences people have under the influence have the effect of lessening the fear of dying? Scientists admit that they don’t really know, although they have a few theories.  A study just published in The Proceedings of the National Academy of Sciences found that psilocybin shuts down certain regions of the brain that might be overactive in depression, one possible factor. In any event, scientists agree that the state brought on by taking such drugs does indeed have profound effects. As Dr. John Halpern who conducted studies at Harvard University using Ecstasy at to ease fear in stage 4 cancer patients says, “On psychedelics, you have an experience in which you feel there is something you are a part of, something else is out there that’s bigger than you, that there is a dazzling unity you belong to, that love is possible; and all these realizations are imbued with deep meaning…The experience gives you, just when you’re on the edge of death, hope for something more.”

Again, the research is just revving up after a long hiatus, but it seems clear that it will continue and possibly open avenues of pharmaceutical solace to those at the end of their lives.