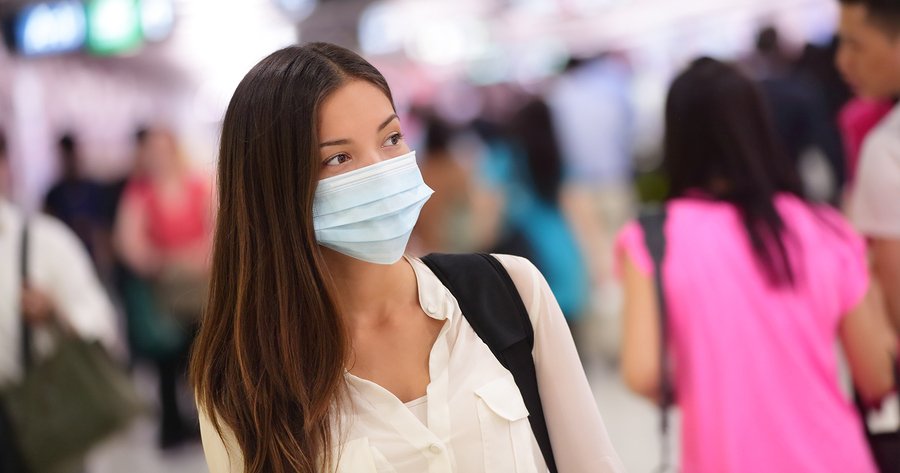 Fifty years ago, the infectious diseases that people worried about in the developed world seemed to be countable on your fingers: measles, mumps, chicken pox, pneumonia, syphilis, gonorrhea, and the like. Large-scale vaccination and other advances had largely been credited by the scientific community with wiping out killers like polio, scarlet fever, tuberculosis, smallpox, and whooping cough. By 1971, when the MMR vaccine hit the market, even mumps, measles, and chicken pox were largely supposed to have been eradicated (again, in the developed world).1 “The History of Vaccines.” The College of Physicians of Philadelphia. (Accessed 5 May 2016.) http://www.historyofvaccines.org/content/timelines/all

But in the last few years, some of these diseases have made a comeback. As anyone who reads the news knows, measles outbreaks have occurred recently in the US and Canada. Cases of scarlet fever, TB, whooping cough, and a polio-like illness also have been popping up. According to public health authorities and the medical community, this resurgence of old, supposedly extinct diseases is the fault of people who choose not to get vaccinated, allowing the bugs to proliferate and become drug resistant. Meanwhile, brand new, frightening viruses have been appearing on the radar with increasing regularity. In fact, according to the World Health Organization, new illnesses are popping up and spreading faster now than ever before in history.2 O’Dowd, Adrian. “Infectious Diseases Are Spreading More Rapidly Now Than Ever Before.” 1 September 2007. BMJ. 28 April 2016. http://www.ncbi.nlm.nih.gov/pmc/articles/PMC1962876/

What’s the story? Why are so many new and old diseases on the radar, and why are they spreading so fast? Is it really all down to people not getting vaccinated as the people in charge would have us believe?

As far as speed of transmission goes, it’s pretty obvious that with international travel so much more commonplace now than ever before, infected travelers carry disease from place to place in a matter of hours. Instead of containing an infectious disease in a country or even within a village as in times past, an illness that occurs on one continent soon shows up on another, carried on a plane ride by an infected person who may contaminate other passengers and then bring the disease to whomever he or she comes into contact with on the ground, raising the possibility of a worldwide epidemic. Case in point: The SARS virus was diagnosed in China in 2003. In less than a week, it had traveled to 17 other countries, infecting 8000 people and killing 774.3 Bavley, Alan. “Are Viruses on the Rise or Does it Just Seem That Way?” 23 March 2015. The Kansas City Star. 28 April 2016. http://www.emergencymgmt.com/health/Are-Viruses-on-the-Rise.html

But it’s not only infected humans that spread disease by flying the friendly skies. The experts think that West Nile virus was probably carried by a mosquito that hitched a ride on an airplane coming out of the Middle East. The mosquito ostensibly bit some birds, who migrated and infected other birds along the way. Then more mosquitos bit the newly infected birds, and then they bit humans, spreading the disease. Since then, up to 700,000 individuals in the US have gotten West Nile, and 1700 have died from it.

Similar scenarios have been playing out with a variety of other new diseases, and in fact, there are now 40 more infectious diseases known to medicine than there were just 20 years ago. New diseases surface annually, particularly viruses, which now are emerging at the rate of three to four a year. In fact, viruses comprise two-thirds of recently discovered human pathogens. In addition to Ebola and Zika, we now have Bourbon virus, Heartland Virus (since 1999), Nipah virus, and WIV1-CoV, a SARS-like virus that just surfaced last month.4 University of North Carolina at Chapel Hill. “New SARS-like virus is poised to infect humans.” Science Daily. 14 Mar 2016.  http://www.sciencedaily.com/releases/2016/03/160314211501.htm Then there’s the unfortunately named crAssphage, which regulates gut bacteria. At this time, there are 219 known viruses that can infect people, and 10 times more viruses than bacteria in the body.

Why are there more new viruses than bacterial infections? At least in part, it’s because viruses jump from animals to humans more easily than bacteria do. And lots of the new diseases we’re seeing are the result of animal to human contact. Think Bird Flu. (Then again, we now have “Mad Cow” disease, caused by neither bacteria nor viruses, but rather, by mutated proteins called “Prions.”)

Another problem is that now more people than ever work in direct contact with animals. It’s a direct result of several factors.

Population growth also means that humans are encroaching on territory previously home to animals, and this also increases human exposure to animal diseases. Scientists estimate that mammals carry at least 320,000 viruses not yet identified, and while many of those viruses might not be infectious to humans, some might.

“By extending our range, we encounter viruses we wouldn’t have otherwise,” says Rafael Tokarz of Columbia University Center for Infection and Immunity. “It’s the nature of the world we live in now. It’s how it is, unfortunately.”

But all may not be Contagion quite yet. At least some experts say there’s no need for alarm because we actually don’t have more infectious diseases now than we did before, though it may look like we do. Instead, they say, the “new” viruses we’re discovering actually have been around a while.

“In a lot of cases, they’re not new viruses,” Tokarz says. “In the past, [the new virus] was probably something that would be missed or misdiagnosed.”

In fact, some experts think that newly identified viruses like Bourbon actually have been around a very long time.  “It’s reasonable to say decades or centuries, for sure, maybe longer,” says infectious disease specialist Dana Hawkinson of the University of Kansas Hospital.

In the past, doctors would simply tell patients that they had a virus, without necessarily identifying the type of virus. Now, scientists can sequence viral DNA in minutes, so they can recognize each strain of virus and treat it accordingly. This new technology also makes it much easier to find viruses with DNA that doesn’t fit the known mold.

The fact is that as populations grow, travel more widely and frequently, mix with populations that were previously isolated, and encroach on the environment, they create the conditions that support the rapid and wide spread of infectious diseases. The bottom line for you, as always, is to make sure you do the things that will keep your immune system firing, but also make sure you have a good supply of anti-pathogens on hand just in case.