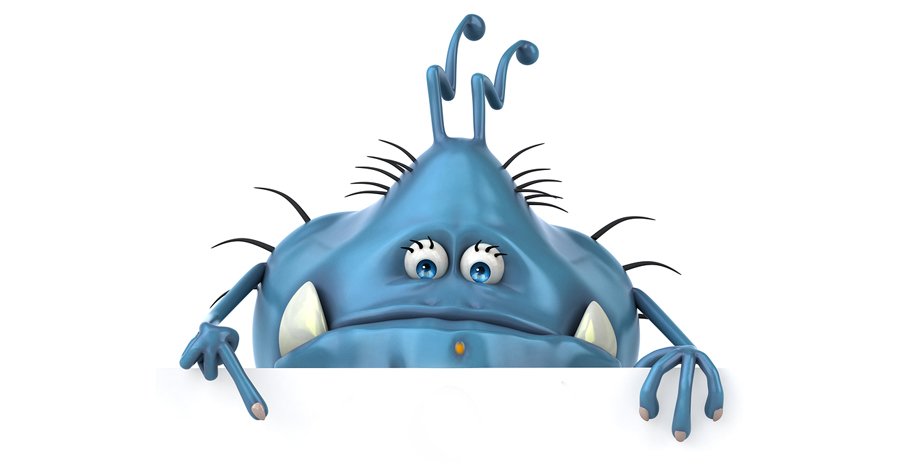 We’ve written before about some of the shocking places where dangerous bacterial colonies thrive: on stethoscopes, in the gym, on pocketbooks, computer keyboards, even on toothbrushes. It seems, though, that no matter how much we become aware of the need to be vigilant about bacteria on whatever we touch, there’s always something else to beware of, something so much a part of our daily existence that we don’t think twice about how sanitary it may be.

Take money, for instance. By the time you inherit that $100 bill you’re so excited about, it’s probably been in the hands of at least 1000 other individuals. The US treasury doesn’t track how many times bills change hands, but a study in Great Britain concluded that the average 20-pound note was passed to about 2328 individuals before being retired.1 Arnett, George. “How Often do UK Banknotes Change Hands?” 4 September 2015. The Guardian.14 April 2016. http://www.theguardian.com/news/datablog/2015/sep/04/how-often-uk-banknotes-change-hands You probably don’t have to worry about cooties from the first few thousand owners of the bill, but the last few may well have imparted something undesirable to the surface.

A few years ago, the “Dirty Money Project” at New York University analyzed dollar bills and found an average of 3000 different types of bacteria on each bill.2 Lee Hotz, Robert. “Why You Shouldn’t Put Your Money Where Your Mouth Is.” 18 April 2014. The Wall Street Journal. 14 April 2016. http://www.wsj.com/articles/SB10001424052702303456104579489510784385696 Amazingly, 80 percent of the pathogens found weren’t ever identified because they hadn’t even been catalogued yet in genetic data banks.  Of those bacteria the scientists did recognize, the most common germ by far was one that causes acne. Other germs on the bills triggered staph infections, pneumonia, diphtheria, food poisoning, and gastric ulcers. Plus, there were traces of DNA from dogs and horses as well as antibiotic-resistant DNA.

One of the researchers, Jane Carlton, said, “We actually found that microbes grow on money…. Now we know that viable bacteria are on money and could serve as a mode of transmission for antibiotic-resistant genes.”3 Doucleff, Michaeleen. “Dirty Money: A Microbial Jungle Thrives in Your Wallet.” 23 April 2014. NPR Shots. 14 April 2016. http://www.npr.org/sections/health-shots/2014/04/23/305890574/dirty-money-a-microbial-jungle-thrives-in-your-wallet Once the bacteria gets onto the money, it can remain alive from several hours up to several weeks. Viruses also thrive on money. A 2008 Swiss study found that that influenza viruses can survive and remain infectious for up to 17 days if the previous “owner” sneezed on the bill or otherwise got mucous on it. It doesn’t help that bills get stored in wallets held close to the body, making sure that they’re warm enough to create a perfect environment for bacteria to flourish.

Paper bills in the US are made of a cotton-linen blend, and apparently, germs find the absorbent surface hospitable, especially when a layer of sloughed off skin cells gets added to the mix. Some countries are experimenting with using a plastic polymer blend, at least in part for public health reasons. Apparently, the polymer usually ends up with fewer bacteria on it. On the other hand, some types of bacteria live longer on the plastic surface.

Beyond bacteria, other research has turned up an exotic mix of drug traces on cash.4 Elejalde-Ruiz Alexia. “The dirt on your dollar.” 13 January 2012. The Chicago Tribune. 8 April 2016. http://articles.chicagotribune.com/2012-01-13/features/sc-cons-0112-save-dirty-money-20120113_1_dollar-coin-dollar-bill-swiss-franc For instance, researchers at the University of Massachusetts tested 234 various bills from 18 cities in 2009, and found 90 percent tested positive for cocaine. Ninety percent! In 2001, a small study of dollar bills found 70 percent contaminated with heroin, 30 percent with methamphetamine and 20 percent with PCP. At least the bacteria and viruses on the bills are very happy!

The bottom line here is that it’s a good idea to wash your hands after you handle money or to rely on your cash card when possible, as long as you wash that off periodically. Or, if you’re really paranoid and compulsive, you can literally launder your money. It does just fine in tumble washers.

Here’s more germy news. As bad as money is from a sanitation standpoint, your cell phone is even worse. Why? For one thing, many of us bring the phone along to the potty. In fact, studies show that 40 percent of us use the cell phone while on the toilet.5 Schultz, Rachael. “Why Your Phone is Teeming with Germs.” 19 January 2015. Shape. 14 April 2016. http://www.shape.com/lifestyle/mind-and-body/why-your-phone-teeming-germs Think about the fact that spray from the toilet flush has a travel zone of around six feet, meaning it could land on your phone (or on your face, but that’s just too gross to ponder). In fact, the typical cell phone has up to 18 times more germs than the average toilet seat. That’s probably because toilet seats get cleaned regularly, but few clean their cells? It’s also probably why a British study of nearly 400 cell phones in 2011 found traces of fecal matter on one out of six.

Researchers have also found strep, yeast, staph, e coli, and that acne-causing bacteria on phones–the same stuff that lurks on money, but in a more concentrated dose. Add to that the fact that you hold the phone close to the mouth. Got the flu? Germs can easily travel on your breath or your sneeze and adhere to your phone.

The real problems begin when you share your phone with your pals or colleagues. You can infect someone else, or they can infect you. That’s how a man in Uganda contracted Ebola recently, stealing a cell phone that had the viral bacteria on it.

One lesson here is you might want to be greedy with your phone. Don’t lend it to people who are wheezing and coughing, and even if the person using it seems hale, clean the phone with an antimicrobial wipe afterwards just to be sure. An alternative is to get a UV cell phone sanitizer. Or you can get a ZTE Axon phone with antimicrobial gorilla glass.6 Wells Lynch, Tyler. “Here’s the First Phone with an Antimicrobial Screen.” 24 July 2015. Reviewed.com. http://www.cnet.com/news/cornings-bacteria-banishing-antimicrobial-smartphone-glass-appears-at-ces-2014-hands-on/ Developed by the Corning Company, the glass has silver embedded into a chemical mix, and the resulting product ostensibly will repel 99 percent of certain marauding bacteria.7 Dolcourt, Jessica. “Corning’s bacteria-banishing antimicrobial smartphone glass appears at CES 2014 (hands-on).” 6 January 2014. C/Net. 14 April 2016. http://www.cnet.com/news/cornings-bacteria-banishing-antimicrobial-smartphone-glass-appears-at-ces-2014-hands-on/ Unfortunately, the bacteria it repels are those that cause odor and stains. The company says the phone won’t prevent illness from spreading, and anyway, the unknown is whether the chemicals in the mix will be even worse for you than the germs.

On the other hand, if you keep your immune system bolstered, all of these concerns will most likely be moot for you. Germs are everywhere and you could lead a very paranoid life trying to prevent them from adhering to whatever you touch. Better to follow routines that will keep you strong and healthy enough to withstand the armies of bacteria lurking all around you. And for those times you do get sick, make sure you have a supply of natural pathogen destroyers on hand–just in case. 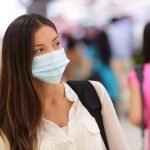