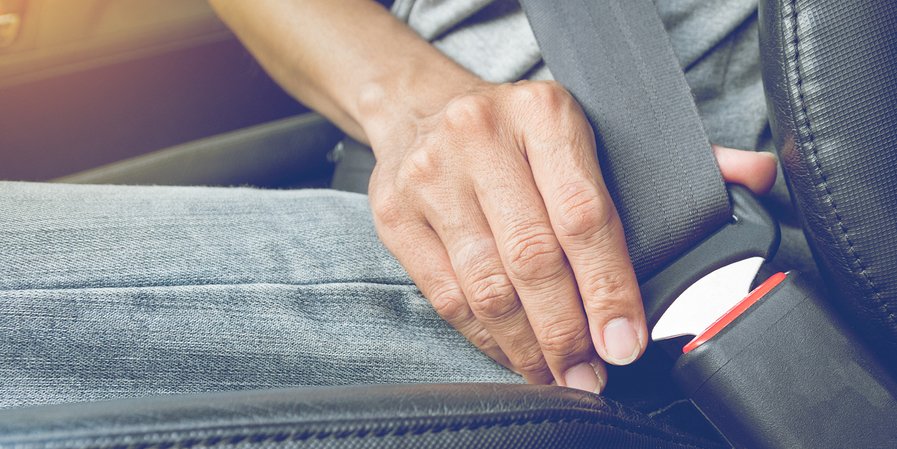 The other day, I got in a car with a friend who sat in the driver’s seat, turned the key, gripped the steering wheel and drove off while I fastened my seatbelt. She had no intention of using hers. I’d often noticed that passengers in the back of the car bypassed the seatbelt regimen, but rarely drivers. Even worse, that very night, I watched a current movie in which the lead character turned on the radio and took to the highway in his Mercedes, sans seatbelt.

In spite of the, “Buckle up for safety” campaigns we’ve all been deluged with, it turns out that a significant number of us still prefer to drive freestyle. According to a University of Washington study, 14 percent of US drivers don’t wear seatbelts consistently.1 Rapaport, Lisa. “More people using seatbelts in the U.S.,  but still not enough.” 5 April  2017. Reuters. 27 April 2017. http://www.reuters.com/article/us-health-seatbelts-usa-idUSKBN177281?feedType=RSS&feedName=healthNews&utm_source=feedburner&utm_medium=feed&utm_campaign=Feed%3A+reuters%2FhealthNews+%28Reuters+Health+News%29 While a nationwide compliance rate of 86 percent might not seem bad, safety experts aren’t happy about it. For one thing, passengers in the back seat are far less likely to fasten up than those in front, with 30 percent in the rear typically neglecting to click the buckle.2 “Seatbelt Wearing Rate: Data by Country.” 12 January 2015. World Health Organization. 27 April 2017. http://apps.who.int/gho/data/view.main.51416 Also, in those  places where the law prohibits police from pulling over drivers just for seatbelt violations—including Alaska, North Dakota, South Dakota, Idaho, Wyoming, Montana, Utah, and Iowa—compliance rates plummet to just 78.6 percent.3 Marshall, Aarian. “Somehow, Way Too Many Americans Still Aren’t Wearing Seatbelts.” 1 September 2016. Wired. 27 April 2017. http://www.wired.com/2016/09/somehow-way-many-americans-still-arent-wearing-seat-belts/ In contrast, seatbelt rates go up to 91.5 percent in states where drivers can get pulled over merely for neglecting to fasten.  Not surprisingly, compliance rates are lowest among young males driving pickup trucks.

It could be worse. In India, for instance, only 26 percent of front-seat passengers bother to use seatbelts, whether driving or being driven. In Albania, that figure goes down to 16 percent. In Iran, most front-seat passengers buckle up, but only 10 percent of those in the rear. Meanwhile, Great Britain and Sweden have compliance rates of 98 and 97 percent, respectively. Car fatality statistics show the result. As of last year, the US had the highest car-related death rate in the “developed” world.4 Marshall, Aarian. “Somehow, Way Too Many Americans Still Aren’t Wearing Seatbelts.” 1 September 2016. Wired. 27 April 2017. http://www.wired.com/2016/09/somehow-way-many-americans-still-arent-wearing-seat-belts/ In fact, the car-crash death rate in the US is more than three times the rate in Great Britain.5 “World Health Rankings.” 27 April 2017. http://www.worldlifeexpectancy.com/cause-of-death/road-traffic-accidents/by-country/ And as for those other countries that don’t like to buckle up? India’s traffic fatality rate is twice that of the US; Iran’s is four times the rate.

Why do people shun seatbelts even knowing that they save lives? Some say seatbelts are uncomfortable; some hate being told what to do; and some believe that airbags will do the job, so why bother? There are other reasons, too: injuries and ignorance, defective equipment, a one-time whim.

How much do seatbelts matter with all the new safety innovations cars offer? Do airbags, in fact, make seatbelts less necessary? Just what risk do you incur if you fail to fasten?

Some facts: In 2016, over 40,000 people died in car crashes in the US. That’s about 110 a day, representing a 14 percent rise in fatalities in a two-year period. For the sake of comparison, about 120 die each day by suicide (the 10th leading cause of US deaths); 159 from kidney disease (the ninth leading cause); 6 http://www.nkfi.org/uploads/pdf/FAst_Facts_-_IL_and_US_14.pdf and only 0.18 from terrorist attacks.7http://www.johnstonsarchive.net/terrorism/wrjp255a.html Of the car-related deaths, half involved people not wearing seat belts. That’s in spite of all the newfangled safety features so many newer cars sport, like traction stability (to prevent skidding), antilock brakes, curtain airbags (to protect heads by deploying from the ceiling), blind-spot warning signals, side and front airbags, and so on. According to Ruth Shults, an epidemiologist with the Centers for Disease Control, “Seat belts are still the most effective way to reduce injuries and reduce fatalities in serious crashes.”

Airbags were originally developed as a second line of defense for those who refuse to wear seatbelts, but it now turns out that unless you’re buckled in, airbags aren’t terribly effective, and in fact, may be dangerous.8Lassa, Todd. “Do Airbags Save More Lives Than Seatbelts?” 24 February 2016. Automobile. 28 April 2017. http://www.automobilemag.com/news/do-airbags-save-more-lives-than-seatbelts/ Airbags deploy at 200 miles per hour, which means that if you aren’t wearing a seatbelt, you’re going to fly forward on impact while the airbag flies at you. Can you say “splat”? The airbag is designed so that it will safely cushion you if you’re in a particular spot in the seat, sitting upright. You probably already know it isn’t good for kids to be in the front seat and that even you should sit at least a foot from the front console in case the airbag goes off.

The fact is that there have been a string of unfortunate incidents involving airbags since they were first introduced—far more incidents than seatbelts ever caused. Most recently, for instance, more than 42 million airbags installed in Toyota, Honda, BMW, Chrysler, Mercedes, Mazda, Ford, Mitsubishi, Suburu, Volkswagon and Nissan cars were recalled.9“Takata Airbag Recall: Everything You Need to Know.” 2 March 2017. Consumer Reports. 28 April 2017. http://www.consumerreports.org/cro/news/2016/05/everything-you-need-to-know-about-the-takata-air-bag-recall/index.htm It turned out that the airbags, manufactured by the Takata Company, had a propensity for spontaneously exploding, sending flying shrapnel at car occupants. Takata airbags had already killed 11 people and injured 180 more before the recall was implemented. Also, although rare, people are still killed by airbag impact, with 144 child and 87 adult deaths attributable to this cause since 2003. Many, many more are injured. Some experts believe even in cases where it looks like airbag deployment did no harm, serious cardiac problems might arise later as a result of the airbag going off.10 Busko, Marlene. “Airbag Deployment Can Cause ‘Hidden’ Cardiac Injuries.” 17 January 2014. Medscape. 28 April 2017. http://www.medscape.com/viewarticle/819375

Does this mean that you should switch the airbag off? Not at all. Although airbags aren’t as effective alone as are seatbelts, they do enhance your odds of surviving a deadly crash when used in tandem. According to a study by the NHTSA, while seatbelts are 48 percent effective in preventing traffic fatalities, airbags are only 14 percent effective. But when used together, they’re 53.72 percent effective. In other words, you get about a six percent safety boost from the airbag if you use it with the seatbelt, and that six percent chance could mean the difference between life and death for you or a loved one. The risk of getting an impact injury from an airbag is far less than the risk of collision injury if you have no airbag protection.

Your best bet is to buckle up, strap your kids (and pets) in the back seat, keep the airbag turned on, sit in the proper position in your seat, and keep your eyes on the road. 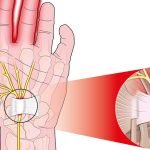