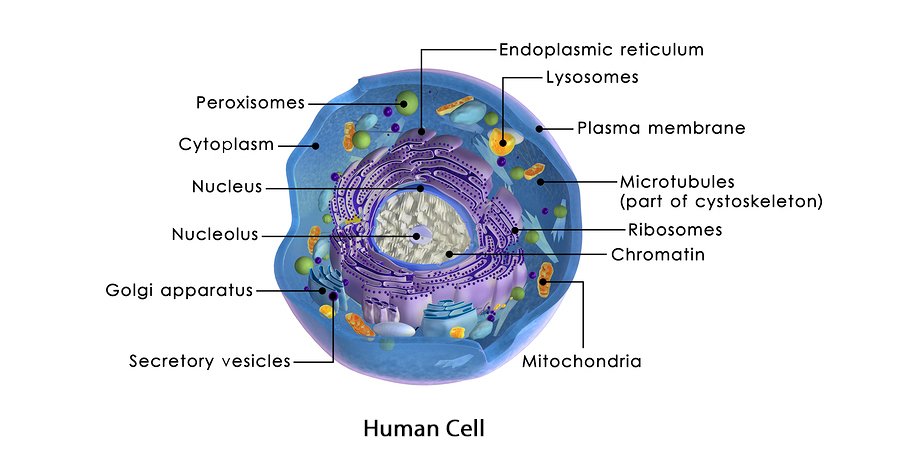 Mother, father, and child–it’s always been the “other holy trinity.” Now, though, thanks to a law in Great Britain, babies can now be born to three parents–one father and two moms.1 Knapton, Sarah. “Three-parent babies: House of Lords approves law despite fears children could be born sterile.” 24 February 2015. The Telegraph. 10 December 2015. http://www.telegraph.co.uk/news/science/science-news/11432058/Three-parent-babies-House-of-Lords-approves-law-despite-fears-children-could-be-sterile.html How is such a thing possible? Just alter the DNA in the mother’s egg by adding DNA from another woman’s donor egg via a technique called “mitochondrial transfer.”2 Sample, Ian. “Three-parent babies explained: what are the concerns and are they justified?” 2 February 2015. http://www.theguardian.com/science/2015/feb/02/three-parent-babies-explained

What’s the point of doubling up on mothers? Certain genetic diseases can be prevented by using the technique, which replaces faulty DNA from the birth mother with healthy DNA from a donor. It’s particularly effective in countering lesser known degenerative and fatal conditions such as Leigh’s disease, progressive infantile poliodystrophy, and Barth syndrome. There are no effective treatments for these conditions. The procedure would also help to prevent more common conditions such as Parkinson’s Disease, muscular dystrophy, liver failure, deafness, failing eyesight, epilepsy, and diabetes.

As the name implies, mitochondria are the target of the procedure. You may recall from Biology 101 that the mitochondria are structures inside of cells, but outside of the nucleus, that function as the cells’ power source, like little batteries that charge the cells and give them energy.3 Vidyasagar, Aparna. “What are Mitochondria?” 15 April 2015. Live Science. 10 December 2015. http://www.livescience.com/50679-mitochondria.html When the mitochondria are damaged or compromised, cells don’t function properly, and when cells don’t function properly, parts of the body suffer. Although the vast majority of DNA is packaged in chromosomes within the nucleus–including all of the DNA that we associate with what makes us individuals–mitochondria also have a small amount of their own DNA. Mitochondrial DNA contains 37 genes, all of which are essential for, and exclusive to, normal mitochondrial function. Thirteen of these genes provide instructions for making enzymes involved in providing energy for cellular metabolism. The remaining genes provide instructions for making molecules called transfer RNAs and ribosomal RNAs, which are chemical cousins of DNA. These types of RNA help assemble protein building blocks into functioning proteins.

To effect a mitochondrial transfer, the mother’s eggs are removed via a normal in-vitro fertilization procedure. But then, the nucleus, which contains all of the mother’s “regular” DNA is removed from one of the eggs (leaving behind the damaged mitochondrial DNA that cause the genetic diseases in question) and transferred to a healthy donor egg that has had its nucleus removed, but maintains all of its healthy mitochondrial DNA. This new combo egg then gets fertilized with the father’s sperm and implanted into the birth mother. An alternate but similar procedure fertilizes both eggs with paternal sperm first and then transfers the birth mother’s egg nucleus into the donor’s egg. The result in either case is that the combination egg has 99.8 percent of the birth mother’s DNA (which is contained in the transferred nucleus), plus the donor mother’s healthy mitochondria. However, because mitochondria does carry its own few genes of DNA, the new egg does contain a miniscule portion of DNA from the donor–but again, none of the DNA that we identify as comprising the “individual.”

Up until now, mitochondrial transfer was banned worldwide–part of the prohibition against genetically modifying embryos.  But this past February, Great Britain became the first nation in the world to say yes to the procedure, despite plenty of controversy. In fact, the law allowing mitochondrial transfer passed the House of Lords by an almost four-to-one margin.

Proponents say there’s much to gain and very little to lose in carrying the work forward.

“[Finding] ways to insert healthy mitochondria into egg cells that can avoid these tragic deaths [from mitochondrial disease] are and should be a high priority,” says Dr. Nanette Santoro of the University of Colorado. “Since [mitochondrial] diseases, if correctly identified, are so likely to be fatal, I think a fairly strong ethical argument can be made that they deserve to be considered for human reproduction purposes.”

In Britain, members of Parliament concurred.4 Knapton, Sarah. “Three-parent babies: the arguments for and against.” 3 February 2015. The Telegraph. 11 December 2015. http://www.telegraph.co.uk/news/science/science-news/11386151/Three-parent-babies-the-arguments-for-and-against.html Lord Howe said, “The procedure gives real hope to families…It would be cruel and perverse to deny them that opportunity for any longer than necessary.”5 “Britain becomes first nation to legalize three-parent babies.” 25 February 2015. Reuters/CNBC. 10 December 2015. http://www.cnbc.com/2015/02/25/britain-becomes-first-nation-to-legalise-three-parent-babies.html And Professor Dame Sally Davies, the Chief Medical Officer for England, said, “It is important to remember that mitochondrial  DNA represents less than 0.054 per cent of the total DNA, and is not part of the nuclear DNA, which determines our personal characteristics and traits such as personality, hair and eye color. It is only right that we introduce this life-saving treatment as soon as we can so we can give hope to hundreds of UK families.”

Not everyone agrees that allowing the procedure is the only ethical choice. Dr. Jacob Rees Mogg, a Member of Parliament, spoke on the ethical concerns: “I think the difficulty is that it starts a process which is very hard to see where it stops. Once the germ line [cellular lineage] is changed at one point you decide that isn’t allowable in other cases. At the moment there is a very clear boundary that babies cannot be genetically altered. And once you have decided that they can, you have done something very profound…You are not curing somebody of something, you are creating someone different.”

Others voiced scientific concerns. Dr. Rhiannon Lloyd from the Zoological Society of London explained that in over half the animal studies, the mitochondrial DNA that was transferred actually contained faulty strands.  “Last March,” he says, “the chair of the US Food and Drug Administration’s Cellular, Tissue and Gene Therapies Advisory Committee looking into the issue of mitochondrial DNA transfer wrote to the HFEA to warn them that their panel had decided the science was not safe.” In fact, there have been no clinical trials testing the procedure on humans to date.

And Dr. Paul Knoepfler of the University of California Davies adds, “Since this is uncharted territory and the children born from this technology would have heritable genetic changes, there are also significant unknown risks to future generations…There are numerous serious risks associated with this technology. These include most notably the possibility that developmentally disabled or deceased babies will be produced. ..Aberrations could lead to developmental defects in babies or also manifest in later life as increased rates of ageing of cancer.”

Some who oppose the law insist that mitochondrial DNA exerts an influence on personality development and other characteristics, albeit that influence is miniscule. They also point out that future generations will carry the donor DNA in every cell of their bodies. But in Britain, the decision-makers are dominated by those in favor of forging ahead. Women already are being paid 500 pounds to donate an egg, and the world’s first three-parent babies are on-course to be born next year.

In the same vein, just last week, Great Britain’s Chief Scientific Advisor, Sir John Walport, publicly said that Great Britain should lead the world in genetically modifying fetuses.6 Knapton, Sarah. “Britain should lead way on genetically engineered baby, says Chief Scientific Advisor.” 9 December 2015. The Telegraph. 11 December 2015. http://www.telegraph.co.uk/news/science/science-news/12042178/Britain-should-lead-way-on-genetically-engineered-babies-says-Chief-Scientific-Adviser.html This was just a week after a worldwide panel of over 150 leading scientists called for an international ban on gene alteration because it could ‘irrevocably alter the human species.’

Perhaps Britain is due to conquer the world all over again, this time on the cellular level. Also, and as a fascinating side note to consider in this discussion, nuclear and mitochondrial DNA are thought to be of separate evolutionary origin, with the mitochondrial DNA being derived from the circular genomes of bacteria that were engulfed by the early ancestors of every cell in your body.7 “The Evolution of the Cell.” Learn.Genetics (Accessed 15 Dec 2015.) http://learn.genetics.utah.edu/content/cells/organelles/ With that in mind, if Britain isn’t unleashing a new British empire, perhaps it’s unleashing the revenge of the bacteria.