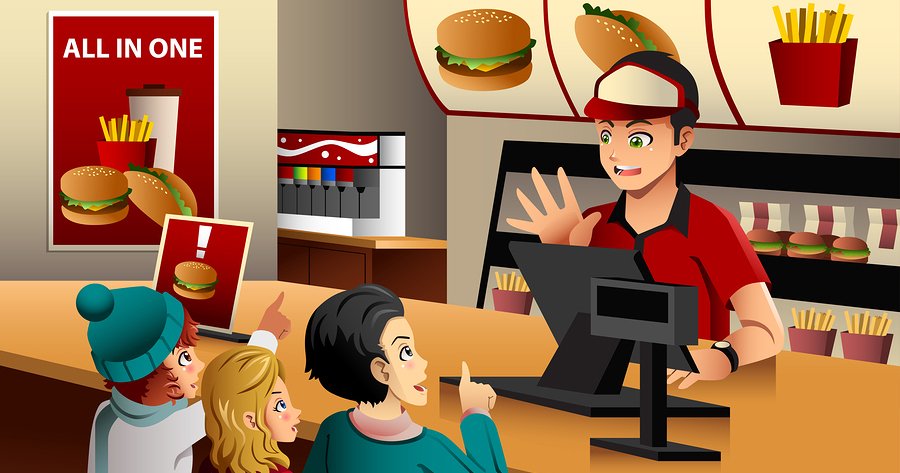 Kudos to you if you are trying to keep your family meals as healthy as possible. Still for most of us, the realities of a busy life may mean sometimes giving in to your children’s requests and getting your dinner in a fast food place or chain restaurant. But there is some good news if you are indulging in family outings to these establishments from time to time. New research suggests that there are far more low-calorie options available in kids’ meals nowadays so you can at least keep the little ones’ calorie counts from skyrocketing in a single meal–keeping in mind that calories aren’t the only problem with restaurant food.

The study, which took place at the Friedman School of Nutrition Science and Policy at Tufts University in Boston, Massachusetts, found that many popular restaurants are offering a greater variety of food choices that include some healthier, lower calorie items on their children’s menus.1 Sliwa, Sarah; et al. “Assessing the Availability of Healthier Children’s Meals at Leading Quick-Service and Full-Service Restaurants.” Journal of Nutrition Education and Behavior. April 2016. Accessed 10 April 2016. http://www.jneb.org/article/S1499-4046(16)00018-X/abstract This conclusion was based on an analysis of online nutrition information for kids’ meal offerings available in 2014.

Once all of the various tallies were calculated, they determined that 72 percent of the kids’ meals in fast food restaurants and 63 percent of those in the sit-down chains contained 600 calories or fewer, which was the bar set by the researchers for a lower calorie meal. The investigators believe that these numbers represent a greater percentage of low-calorie items on these menus than in earlier years, but they did not in fact do a specific year-to-year comparison.

Even if they are correct in this assumption, however, there was also quite a bit of bad news discovered about the kids’ meals. While more fruits and vegetables–not French fries, but orange slices, apple slices, and broccoli, for instance–are now available to the younger dining set, it seems as if calorie counts may be the only area in which improvements are actually noticeable.

Only a scant 32 percent of the meal options in fast food places and an even worse 22 percent in chain restaurants met the scientists’ benchmarks for fat, saturated fat, and sodium intake in addition to hitting the 600-or-under mark in calories. Sodium was the worst offender, as it least often remained at 770 mg or below in these meals. And these factors are equally as important as the number of calories eaten. Higher fat consumption can affect digestion, lead to constipation, and contribute to weight gain over time. Eating too much saturated fat of the type found in fast foods is associated with clogged arteries and heart disease. And a high sodium diet can raise blood pressure, even in children, which is a risk factor for cardiovascular problems.

Then, the bad news gets even worse since the study had some notable flaws. The scientists simply took the nutrition information listed on the Internet as accurate without checking any of the numbers themselves. In addition, they failed to consider the substantial difference that can be made in not only calories, but fats and sodium as well when meals include optional toppings, various dressings, and free refills of drinks. So ordering a salad instead of fries with a kids’ meal is great, but if a Caesar dressing is then slathered all over the salad–which is highly likely–it can increase the calorie count by 120, the fat by 13 grams, and the sodium level by 220 mg, making it not such an ideal choice any more. And speaking of choices, the researchers failed to identify what kids are actually eating. There may be more offerings of lower calorie foods, but if the young patrons aren’t buying them, they really aren’t doing a whole lot of good.

Ultimately, your best bet is still to avoid both fast food and sit-down chain restaurants as much as possible. If you do go every once in a while, it won’t undo all of your hard work keeping your kids healthy. Just try to keep these visits to a minimum, feed your children nutritious foods at home, and make sure they are getting daily physical activity so they will have a good foundation for healthy lives ahead.