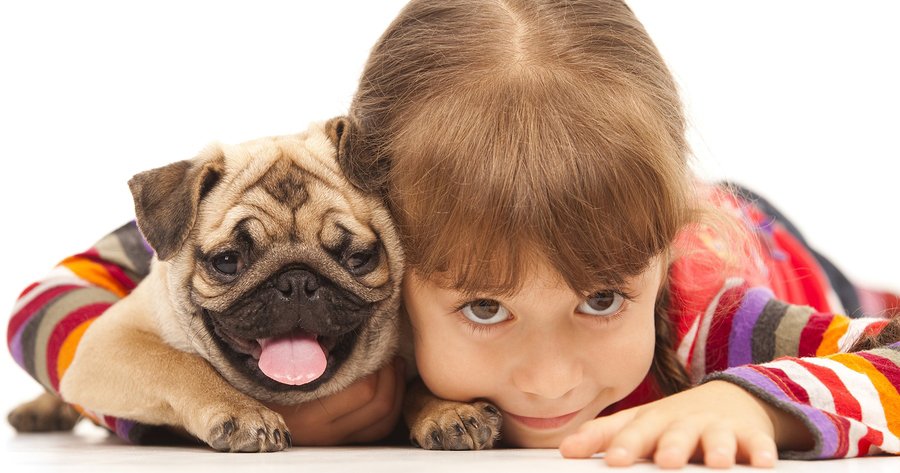 With the holidays approaching, your kids may be lobbying hard for getting a dog as a gift. To be sure, adopting a puppy is a lot of responsibility that includes housebreaking, veterinarian visits, and making sure Rover gets enough exercise and playtime. But dogs can also bring a lot of joy into the household, especially for the children. And there is new research that suggests having a dog may offer a mental health benefit to your kids as well by lowering their risk for anxiety.

The study, which was conducted at Bassett Medical Center in Cooperstown, New York, found that children who live with a dog may be significantly less likely to develop clinical anxiety.1 Gadomski, Anne M.; et al. “Pet Dogs and Children’s Health: Opportunities for Chronic Disease Prevention?” Preventing Chronic Disease. 25 November 2015. Accessed 29 November 2015. http://www.cdc.gov/pcd/issues/2015/15_0204.htm The subjects were 643 boys and girls, all of whom were six or seven years old. The vast majority of families included in the trial, 73 percent, had some kind of pet, with 58 percent owning dogs. Therefore, although the group of participants with dogs was slightly larger, there were still a substantial number without dogs to compare against.

All of the children took standard tests that measure anxiety levels. The scientists then analyzed the results and noted a sizeable difference between the children growing up in a home with a dog and those without a dog. Only 12 percent of the kids who have dogs were found to have clinical anxiety, whereas 21 percent of those who do not have a dog were found to have anxiety. That’s a substantial difference.

Questions were posed to the parents of the subjects to determine the types of anxiety exhibited by the children. There were two areas that the scientists discovered were mainly impacted by interaction with their pet dog:

The kids who owned pets were found to be markedly less likely to experience either of these forms of anxiety.

The research was not designed to prove cause and effect, but only to establish an association between growing up with a dog and lower levels of anxiety. It is possible that, in some cases, families with children who have already exhibited anxious tendencies do not choose to get a dog because the youngster may be fearful of animals. But based on earlier studies, it appears more likely that there may be something inherent in dog ownership that can alleviate some anxiety in kids.

The scientists pointed to the fact that children similar in age to the volunteers typically report that pets can offer more comfort, raise their self-esteem, and act as better confidants than the humans they know. And putting dogs to work as “listeners” for young children struggling to read has been shown to reduce anxiety in the kids and bolster both their confidence and their reading skills.

The size of the study sample was relatively small, but clearly the results are in line with similar research. For instance, having a dog can actually benefit the mental health of numerous family members. A 2000 study at the University of Warwick in the United Kingdom found that pet dogs can act as catalysts for conversation and may help to relieve some forms of social anxiety in adults.2 McNicholas, June and Collis, Glyn M. “Dogs as catalysts for social interactions: Robustness of the effect.” British Journal of Psychology. February 2000. Accessed 30 November 2015. http://onlinelibrary.wiley.com/doi/10.1348/000712600161673/abstract And a 2015 study at Azabu University in Japan showed that spending time with a dog you have bonded with stimulates the release of oxytocin, the “love hormone” that increases our feelings of trust and stability, and reduces levels of cortisol, a stress hormone, in the body.3 Nagasawa, Miho; et al. “Oxytocin-gaze positive loop and the coevolution of human-dog bonds.” Science. 17 April 2015. Accessed 30 November 2015. http://www.sciencemag.org/content/348/6232/333 And it’s probably worth noting that benefit is reciprocal. Once your dog has bonded with you, its oxytocin levels go up too.

There are also added bonuses to bringing a dog into the family fold. Several studies have shown that living with a pet can lower the risk of allergies and asthma in children. So if you were on the fence about whether to bring Fido into your home, it might be worth some serious consideration. The responsibilities you’ll have to take on just may be far outweighed by the unconditional love and physical and mental health benefits your family will receive.