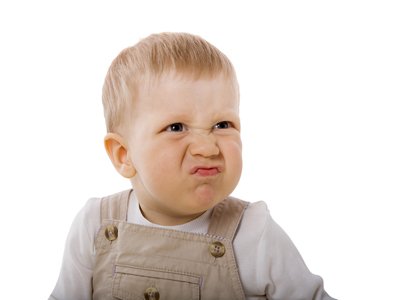 Our Hollywood-reinforced image of a bully is usually the nasty big kid on the playground in middle school. But we know that bullies are often present in high schools and even among adults as well. However, bullying behavior may start long before we might expect. New research is providing evidence that bullying appears to begin when children are barely out of preschool.

The study, which took place at Erasmus University Rotterdam in The Netherlands, found that bullying often begins among very young children, and both being a bully and being victimized by a bully at this age is associated with obesity in boys.1 Haelle, Tara. “Bullying begins even before kids start school.” CBS News. 26 August 2014. Accessed 1 September 2014. http://www.cbsnews.com/news/bullying-begins-even-before-kids-start-school The subjects were more than 1,300 Dutch school children with an average age of six years old. The kids and their teachers answered detailed questions about who was doing the bullying, who were the victims, and how frequently the instances of bullying occurred.

The researchers also broke down the bullying into categories to better explore exactly how it was happening. These categories included physical bullying, such as kicking or hitting a victim; verbal bullying, in the form of calling names or teasing; relational bullying, which involved excluding a child from play or activities; and material bullying, which took place when a child’s personal things were damaged or taken away. Plus, a body mass index was obtained for each child so they could be noted as normal weight, overweight, or obese.

After analyzing the data, the scientists discovered that bullying is occurring before these kids even start school, suggesting that these behaviors may be learned outside of the school environment rather than only in school. One of the sources could easily be television, as a 2012 study determined that many shows favored by preschoolers and elementary school kids regularly feature bullying.2 Martins, Nicole and Wilson, Barbara J. “Mean on the Screen: Social Aggression in Programs Popular With Children.” Journal of Communication. 13 March 2012. Accessed 2 September 2014. http://onlinelibrary.wiley.com/doi/10.1111/j.1460-2466.2011.01599.x/abstract Since the current research focuses on far younger children than is typical in experiments on bullying, it offers evidence that these behaviors can begin very early in life.

Another important finding of the study is that the boys who are obese are more likely to both be bullied and to bully others compared to classmates who are thinner. While we might expect a heavy child to be an easier target for a bully, it is more surprising that they were shown to do quite a bit of bullying to others as well at these young ages. Rather than stimulating their sense of empathy, these overweight boys are attempting to pick on others. It may be a way to try to increase their own social status or even a method of channeling the anger they feel about getting bullied themselves. A 2004 study at Queen’s University in Ontario, Canada found that there is an association between obesity and bullying, although in that case the children participating were between 11 and 16 years old.3 Janssen, Ian; et al. “Associations Between Overweight and Obesity With Bullying Behaviors in School-Aged Children.” Pediatrics. 1 May 2004.  Accessed 2 September 2014. http://pediatrics.aappublications.org/content/113/5/1187.abstract Then again, it could be the result of too much empathy. As we learned in a 2009 study, bullies actually empathize with their victims quite a lot. They “feel” their pain. Unfortunately, that pain also activates the pleasure/reward centers in their brains and provides the reward for bullying.

In the current study, the researchers controlled for a number of other influences that could potentially raise a child’s risk of becoming a bully or being bullied. They considered the number of siblings the child had, whether he or she lived in a two-parent home, the age of the child, gender, national origin, and the level of education completed by the mother. The outcomes held up even after accounting for all of these factors.

There are a few important things to consider based on these results. The first is that we can’t blame bullying entirely on what kids see on the bus, in the playground, and everywhere else at school. While there is no discounting that many children do learn from their classmates many fine points of bullying, there are other sources that need to be addressed even before they head off to school. Whether they are based on actions demonstrated by older siblings, neighbors, or even adults they know, it is up to the child’s parents to stop signs of bullying in their tracks. When it is taking place among people outside your home or on a television show your child is watching, you need to limit your child’s exposure and discuss what is wrong with that behavior. And if bullying is indeed hardwired into the brain, as indicated by the 2009 study, then we need to figure out how to make the reward for good behavior much more pleasurable than the “pleasure” bullies seem to get for bad behavior.

And if your child’s weight makes him the brunt of bullies–or makes him feel entitled to bully others–it’s essential not only to have a talk to help him improve the situation, but also to find ways to help him lose some of those excess pounds. They may very well be holding him back socially in addition to putting him at risk for a number of health problems at such a young age. If you can find a sport he enjoys, it might motivate him to exercise more, improve his coordination, and provide opportunities to develop friendships with teammates, fostering health in every way. 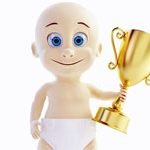