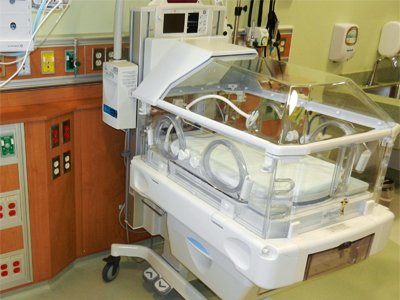 There is no denying that some incredible medical advances have taken place over the last few decades that vastly improve the odds of survival for very premature infants. In the 1970s, a baby born at 27 weeks’ gestation weighing two pounds would have almost certainly died shortly after birth. Yet now, that same baby would have a 90 chance of going home with mom and dad, albeit after a lengthy stay in the hospital. Unfortunately, though, the very hospitals that are saving them may simultaneously be doing these most vulnerable infants great harm in the long run. New research suggests that they are being exposed to high levels of damaging chemicals.

The study, which took place at the Johns Hopkins Bloomberg School of Public Health in Baltimore, Maryland, found that premature infants who spend the beginning of their lives in the neonatal intensive care unit (NICU) are placed in contact with a significant amount of phthalates through the plastic medical devices by which they are surrounded.1 Shute, Nancy. “Preemies May Be Exposed To High Levels Of Phthalates In The NICU.” NPR. 13 November 2014. Accessed 19 November 2014. http://www.npr.org/blogs/health/2014/11/13/363734004/preemies-may-be-exposed-to-high-levels-of-phthalates-in-the-nicu. The focus was on DEHP, a type of phthalate that is a component of catheters and other forms of tubing to make them softer and more bendable. In other words, the NICU’s are keeping them safe from germs but inundating them with DEHP.

The researchers analyzed previous information compiled on the toxicity of DEHP as well as how extensive the escape is of the chemical from the polyvinyl chloride equipment. Once these figures were established, the scientists applied them to determine the exposure rates of a tiny baby of approximately two pounds in weight. The estimate that they reached, based on an infant requiring a hook up to several devices with tubing containing DEHP, was an exposure level of 16 milligrams per kilogram of body weight on a daily basis. That may not sound like much, but it is actually 160,000 times higher than the level at which there is a known risk for liver toxicity.

Phthalates have been shown in numerous studies to be endocrine disruptors, which affect the function of the endocrine system and adversely impact immunity, development, reproduction, and neurological processes. These chemicals are not exclusively found in medical equipment, either, but are present in tons of common household items ranging from plastics for food storage to perfume to school supplies. In fact, many baby items such as teething rings and pacifiers may contain phthalates, and a 2008 study at the University of Washington in Seattle found that the chemicals are absorbed in greater concentrations by younger infants.2 Sathyanarayana, S.; et al. “Baby care products: possible sources of infant phthalate exposure.” Pediatrics. February 2008.  Accessed 20 November 2014. http://www.ncbi.nlm.nih.gov/pubmed/18245401 Due to their smaller bodies and developing systems, this has the potential to cause much more damage than in an older child or adult. And the outcome would likely be even worse for the preemies who were the focus of the current research as they are an even more vulnerable population.

While the study was not designed to prove that DEHP caused any specific reactions in the infants, the scientists suspect that it may contribute to the inflammation that many premature babies experience. Inflammation can affect many of these infants’ organs. One of the most common areas of inflammation is in the lungs, which are often not sufficiently matured at birth, and can lead to scarring and lung disease.

Now obviously, we are not suggesting that these tiny preemies don’t spend time in the NICU. Often life-saving measures need to be undertaken. But, due to the fragility of these children, the weeks or months spent in the hospital should be as safe as we can make them, which includes minimizing or eliminating exposure to toxic chemicals. Back in 2002, the Food and Drug Administration weighed in on the topic and made the recommendation that hospitals use equipment that does not contain DEHP for high-risk situations including neonatal intensive care. Unfortunately, though, it still appears that very few hospitals have replaced tubing and other devices with contaminant-free substitutes. Hopefully, this research will shine a brighter light on this potential problem and start eliciting some change.