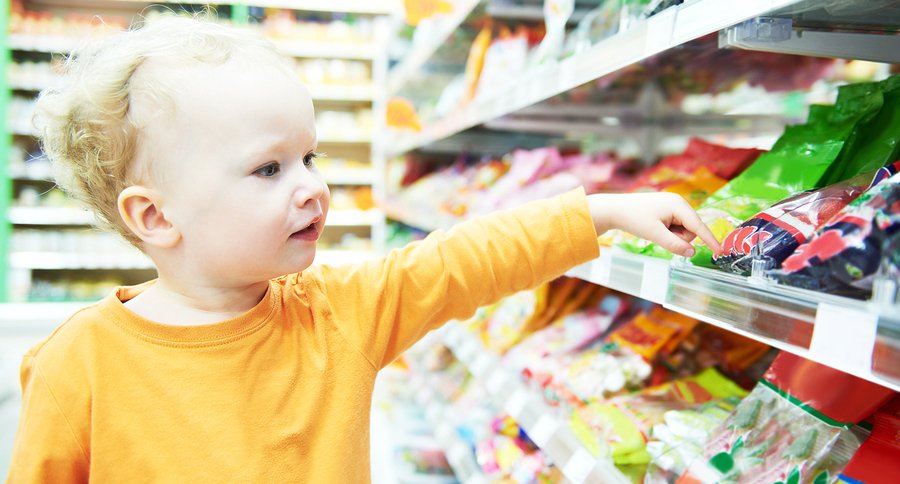 You are undoubtedly proud of your preschooler when they can recall things they’ve seen before. For instance, if you’re in a store and see a board book that you read at home and your child calls out the name and points to it, you’ll likely consider it a praiseworthy moment. But unfortunately, this is not such a positive occurrence when it comes to the recognition of junk food. In fact, new research suggests that young kids who can recall the types of foods sold by popular brands have a better chance of being overweight or obese.

The study, which took place at the University of Michigan in Ann Arbor, found that preschool-age children who recognize the logos used on food packaging and advertisements are more likely to have a body-mass index that indicates an above normal weight than those kids who are less familiar with them.1 Harrison, Kristen; et al. “Food brand recognition and BMI in preschoolers.” Appetite. 1 July 2017. Accessed 4 June 2017. http://www.sciencedirect.com/science/article/pii/S0195666317305159. This determination was based on an investigation involving 247 boys and girls with an average age of 4.5 years.

Each of the kids was weighed and their height was measured in order to assign a BMI. A normal BMI falls between 18.5 and 24.9, while the overweight range is between 25 and 29.9, and 30 or over is considered obese. All of the children were shown images associated with 30 various United States food brands, then provided with three choices of foods to match with that specific logo.

While it is possible that some of the answers were pure guesses, considering that they had a one in three chance of being correct simply by guessing, the numbers were just too high for that to be realistic in the majority of cases. Incidentally, the most commonly recognized item among all the children was Pepperidge Farm Goldfish, with a whopping rate of 96 percent correctly identifying them. But even the brand that stumped the greatest percentage of children, SpaghettiOs, was still recognized by 41 percent of the kids.

And the overweight children were able to identify more of most of these brands than their normal-weight peers. Not at all surprisingly, the brand with the greatest overall recall among the heavier tots was McDonalds. But there were another 10 logos that the overweight children were found to more readily identify than their thinner counterparts. These were M&M’s candies; Cocoa Puffs cereal; Keebler cookies; Pringles potato chips; Rice Krispies cereal; Cap’n Crunch cereal; Coca-cola; Planter’s peanuts; KFC; and Hamburger Helper.

Even though the study was not designed to prove cause and effect, the bottom line is that, among these youngest of consumers, the recognition of certain brands certainly demonstrates familiarity. Those kids who did not know, for example, the name Keebler, were still able to tell the researchers that the logo was linked to cookies. And again, some small percentage might have simply been guessing, but for the majority, it was almost assuredly because they had seen these brands themselves. In fact, the scientists controlled for a number of factors, including television viewing habits and the socioeconomic status of the family, and the results still held true.

This is a good reminder that if you have young children in your home, to closely monitor what you are purchasing. Particularly in the preschool years, you still maintain quite a bit of control over what they are seeing on TV and what they are eating much of the time. The bottom line is that those children who are still unaware of these brands of junk food won’t be asking for them. Of course, if that ship has already sailed and your kids have seen all the commercials or tried these kinds of snacks at friends’ homes, they will likely request you buy them, especially if they often come to the supermarket with you.

But stand firm as much as you can. Their growing bodies benefit so much more from nutritious foods, and you can help them develop good eating habits that very often remain with them for life. And since it likely will help prevent them from becoming overweight too, that’s even better. Being heavy as a child is associated with an increased risk of disease as an adult. A 2013 study at Rabin Medical Center in Petah Tikva, Israel showed that teens carrying excess weight face twice the risk of eventually developing esophageal cancer than their normal-weight peers.2 Levi, Zohar; et al. “Body mass index and socioeconomic status measured in adolescence, country of origin, and the incidence of gastroesophageal adenocarcinoma in a cohort of 1 million men.” Cancer. 15 October 2013. Accessed 5 June 2017. http://onlinelibrary.wiley.com/doi/10.1002/cncr.28241/full. So try to keep your children on track for health with an early start to nutritious eating. 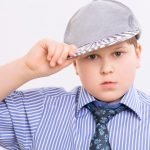 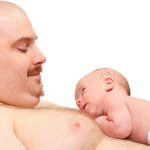