How to Not Overfeed Your Infant | Natural Health Blog 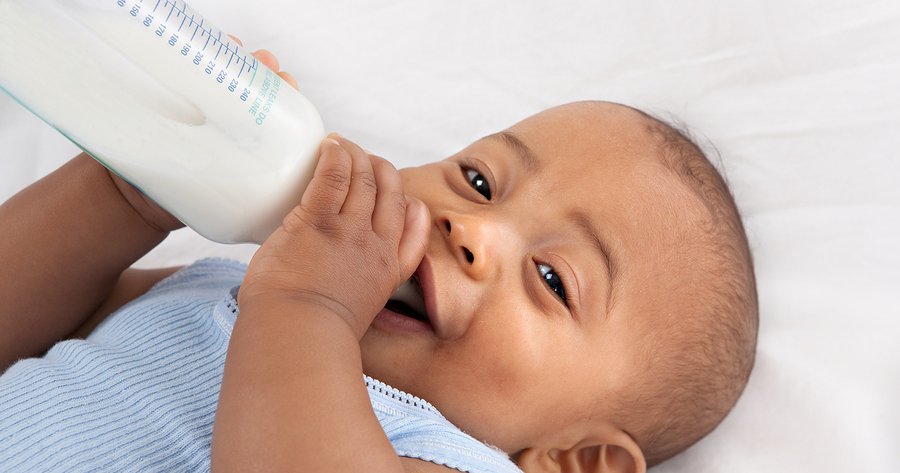 Newborns make most parents nervous initially. One of the primary anxieties is whether the baby is getting enough at each feeding to steadily gain weight over the first few months of life. Whether you are nursing or bottle feeding, there’s definite relief at your infant well-checks when the doctor reports growth and added weight. That said, if you use bottles to feed your baby, you might want to be careful. Steady increases in weight are desirable, not big jumps from one visit to the next. And new research suggests that using larger bottles might cause a little too much weight gain.

The study, which took place at the University of North Carolina at Chapel Hill, found that using larger sized bottles to feed young babies may be associated with excess weight by the time they are just a few months old.1 Wood, Charles T.; et al. “Bottle Size and Weight Gain in Formula-Fed Infants.” Pediatrics. June 2016. Accessed 12 June 2016. http://pediatrics.aappublications.org/content/early/2016/06/03/peds.2015-4538 The subjects were 386 infants being fed formula exclusively. Forty-one percent of the group were black, 35 percent were Hispanic, and 23 percent were white. Nearly two-thirds came from homes with household incomes under $20,000, and the majority of parents had received no education beyond a high school diploma.

Between birth and six months old, the scientists kept track of the infants’ length and weight measurements. They also noted the size of the bottles with which they were fed, ranging anywhere from two ounces to 10 ounces. Approximately 45 percent were offered formula in bottles that could hold six ounces of liquid or more.

Of the 298 children who attended all of the checkup appointments to provide a complete assessment of their length and weight by the six-month mark, those drinking from the six-ounce or greater bottles were an average of a half-pound heavier than their peers drinking from smaller bottles at the age of six months. In general, the average weight of the infants was 7.1 pounds at birth, 11.7 pounds at two months, and 17.6 pounds at six months.

The study did have certain flaws, including the fact that the investigators failed to monitor actual intake of formula, concentrating only on the amount that a bottle could provide. Another issue is not determining whether the children were fed with a range of bottle sizes or offered with more than one bottle at a feeding. In most cases, however, it is much easier to simply use a larger bottle to feed the baby rather than refill it with more formula. Also, few people would go from using larger bottles to smaller ones as a baby grows, so it stands to reason that they would either go from smaller bottles to larger ones over time or use the larger ones throughout the period of time during which the child drinks from bottles.

Overfeeding an infant due to the use of larger bottles is actually perfectly in line with findings from research on adults. For instance, a 2012 study at Northwestern University in Evanston, Illinois showed that people often opt for larger portion sizes because it makes them feel important to do so, and this “bigger is better” mentality may very well extend to how they feed their infants.2 Dubois, David; Rucker, Derek D.; and Galinsky, Adam D. “Super Size Me: Product Size as a Signal of Status.” Journal of Consumer Research. April 2012. Accessed 13 June 2016. http://www.jstor.org/stable/10.1086/661890#fndtn-full_text_tab_contents In the same way, it’s likely that we see the larger bottle and fill it up a little higher, then offer it to the baby multiple times until it is all finished. But this behavior is not helping the child to develop essential cues relating to feelings of satiety while eating, which can lead to a lifetime of overeating and obesity.

While the best way to avoid this problem is by breastfeeding, which also offers substantial health benefits, if you are bottle feeding your baby, you must make a conscious effort not to overfeed. Save the larger bottles for when your child gets bigger and needs more formula to be satisfied. Invest in a few small bottles to ensure you are feeding the size and weight-appropriate amount. And resist the temptation to entice your little one to finish a bottle if he or she has pulled away–these are very important signals to respect.