Importance of Naming Your Child Before Birth | Child Health Blog 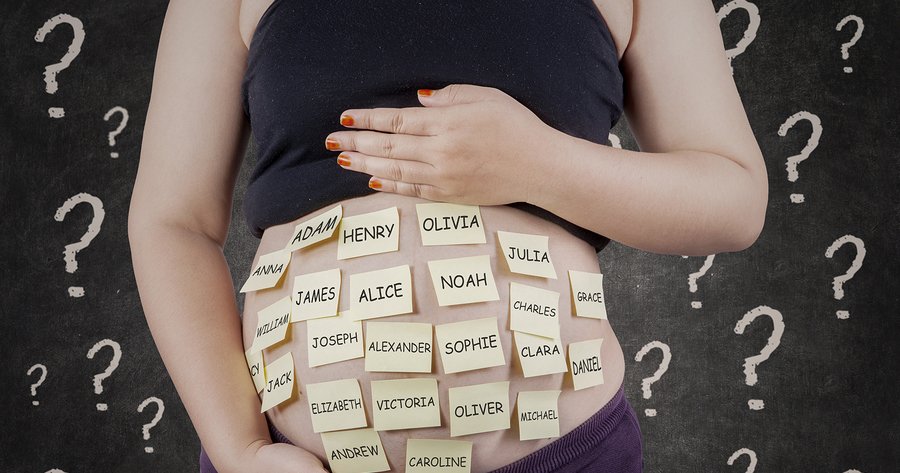 As you near the end of pregnancy and prepare for a new baby, life can become pretty hectic. Getting the nursery ready, stocking up on diapers and other infant essentials, and making sure your “go bag” for the hospital is packed can keep you busy prior to going into labor. You might even be too overwhelmed to have that final discussion about what you will name your forthcoming bundle of joy. But that is not something to put off until after the baby is born, as new research suggests that it may actually put your newborn’s health at risk.

The study, which took place at Montefiore Health System in the Bronx and Westchester, New York, found that babies who have not been named may face an increased chance of falling victim to a medical mistake while in the hospital.1 Hobson, Katherine. “Waiting To Pick Your Baby’s Name Raises The Risk For Medical Mistakes.” NPR. 13 July 2015. Accessed 21 July 2015. http://www.npr.org/sections/health-shots/2015/07/13/421748637/waiting-to-pick-your-babys-name-raises-the-risk-for-medical-mistakes For example, in most hospitals, identification bracelets are placed on both mother and baby immediately after birth. However, if a newborn has not yet received a name, they typically become Babyboy or Babygirl with the mother’s last name on their ID. This can lead to serious potential issues when babies are lined up in the nursery area in their bassinets, particularly if the healthcare workers tending to them are nearing the end of a long shift or are responsible for a lot of infants at that point. Add to that the possibility of two mothers with the same last name or twins who are simply tagged Babyboy1 and Babyboy2 with their mom’s surname, and you can see how easily disaster could strike. And if your child is in the neonatal intensive care unit, he or she is at even greater risk both because of already fragile health and the more extensive forms of treatment there.

While it is true that this problem is well known among neonatologists, there are, unfortunately, no solid statistics on the rate of unintended treatments or procedures on unnamed infants. In order to gather the statistics they needed, the researchers had to devise an alternate, more precise, system for identifying the children in order to evaluate the extent of the problem. Their method was to use the mother’s first name combined with girl or boy–so, for example, Bethsgirl plus the last name. They then compared the number of retract-and-reorder (RAR) events that were recorded at the hospitals of the Montefiore network for one year before and one year after this naming change was put in place. RAR is a computer system designed to flag any medical orders made then retracted by a healthcare worker, then designated by that same worker for another patient within a small window of time. It is meant to catch mistakes that were corrected before they were carried out.

The results showed a drop of 36 percent in RAR events in the year following the more comprehensive name assignments compared to the year before they were introduced. That is a substantial difference and offers fairly strong evidence that a more distinctive naming device is necessary for unnamed newborns. However, as it was limited to one small network of medical centers, this outcome would be more impressive if it could be repeated on a larger scale.

Another fault to the study is the fact that it only takes RAR events into account. While near misses are scary, and we definitely want to avoid them in a medical setting, we have no idea whether the quantity of actual mistakes taking place was reduced at all using the new naming system. Without a tracking system to assess the number of errors occurring with the old naming convention versus the new one, it is really impossible to say whether it is an improvement.

Ultimately, if your baby is born in a hospital, even if you have the option to room in together, you won’t be side-by-side 24-7. The staff will take your little one for blood work, pediatric examinations, and various newborn tests, and if a generic name is on the ID bracelet, it may increase the chance of someone making a mistake. As we’ve noted before, there is a lot that can go wrong in the hospital. So, unless you’re going to a hospital that uses this new ID system for unnamed babies, try to settle on a name before you are admitted to keep your child as safe as possible.