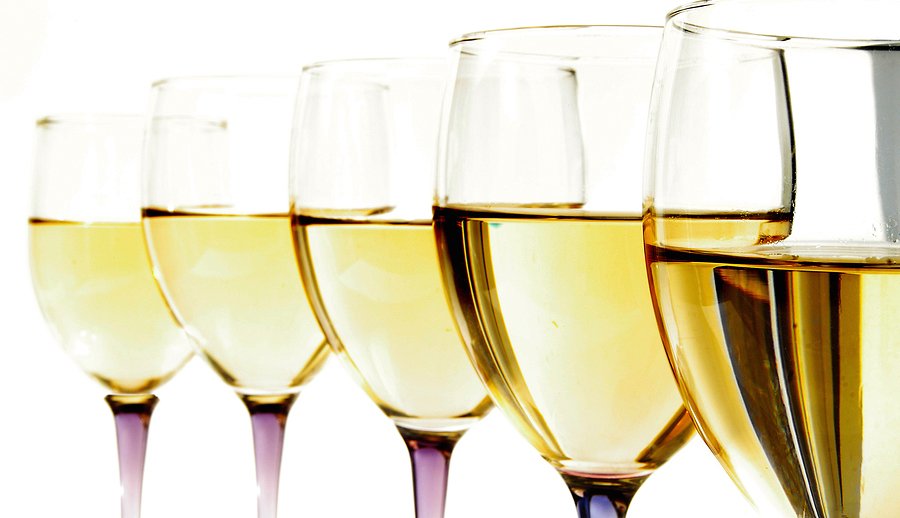 It’s the holiday season, which likely means a hectic schedule of celebrations and shopping. If you’re not a heavy drinker, you might go with a glass of wine or two at your gatherings. And let’s face it, even on the nights you stay home, a glass of wine with dinner may not sound too bad either. But you might want to rethink those decisions, especially if you prefer white wine over red. New research suggests there is an association between white wine consumption and melanoma.

The study, which was conducted at Brown University’s Warren Alpert Medical School in Providence, Rhode Island, found that drinking a daily glass of white wine may substantially increase your risk of developing melanoma.1 Rivera, Andrew; et al. “Alcohol Intake and Risk of Incident Melanoma: A Pooled Analysis of Three Prospective Studies in the United States.” Cancer Epidemiology, Biomarkers & Prevention. December 2016. Accessed 4 December 2016. http://cebp.aacrjournals.org/content/25/12/1550. The results were based on an analysis of three major studies that included more than 210,000 subjects who completed lifestyle surveys that covered such topics as their consumption of alcoholic beverages. These investigations involved long-term follow-up, with participants tracked for an average of more than 18 years.

Overall, alcohol consumption was linked with a 14 percent boost in melanoma risk per drink, per day. The researchers defined a drink as 12.8 grams of alcohol, which is the amount typically found in a mug of beer, a glass of wine, or a shot of liquor. An interesting twist came up when they further broke down the results by the type of alcohol people reported drinking.

White wine was actually the only kind of alcohol with which an association with melanoma was discovered. Every drink of white wine per day was linked with a 13 percent increase in melanoma risk. And participants with an intake of 20 grams or more of white wine daily were 73 percent more likely to develop a melanoma on their torso. The risk was shown to be greater among women than men, probably because men are usually larger in size and can metabolize alcohol better. Surprisingly, no correlation between consumption of red wine, beer, or liquor and the likelihood of developing melanoma could be established.

What’s more, the link between drinking white wine and a diagnosis of melanoma was most common on areas of the body that generally are less exposed to the sun’s rays. It has always been assumed that it is the ultraviolet light in sun that is the main contributor to melanoma growths by damaging the DNA in skin cells. But this finding adds to growing evidence that more factors may be at play—including stress on our feet and taking Viagra—than just sun exposure to promote the development of melanoma.

The current study was not designed to prove cause and effect, but simply to determine whether an association exists, and it certainly did find an association between white wine consumption and melanoma. However, the investigation was somewhat flawed by the population sample included. While it was a large pool of subjects, those who were not white were excluded due to insufficient numbers of these subgroups to draw meaningful conclusions. Therefore, we can’t say for sure whether the results would hold true in more diverse populations. In addition, only a very small percentage of the volunteers admitted to being heavy drinkers, so we don’t know what effect that might have on any of the outcomes.

Yet despite these shortcomings, it is probably worth paying attention to these findings. We may not yet understand what it is about white wine that could promote melanoma, but it is possible that toxins found in the wine might be the problem. A 2015 report from BeverageGrades, a laboratory in Denver, Colorado, showed that many popular, inexpensive white wines contain high levels of arsenic.  And a 2014 study at the Stanford University School of Medicine in Palo Alto, California found that white wine consumption was tied to an increased risk of both melanoma and other forms of skin cancer.2 Kubo, JT; et al. “Alcohol consumption and risk of melanoma and non-melanoma skin cancer in the Women’s Health Initiative.” Cancer Causes and Control. January 2014. Accessed 5 December 2016. http://www.ncbi.nlm.nih.gov/pubmed/24173533. Melanoma is a particularly dangerous form of cancer, responsible for only approximately one percent of skin cancers, but a high percentage of skin cancer deaths according to the American Cancer Society.

So, in addition to applying your sunblock regularly if you’re spending time outdoors, you might want to consider passing on the white wine. As with just about anything else in moderation, an occasional glass likely won’t do any harm. But since white wine offers few health benefits, the extra calories and potential melanoma risk should make a nightly glass hold very little appeal.