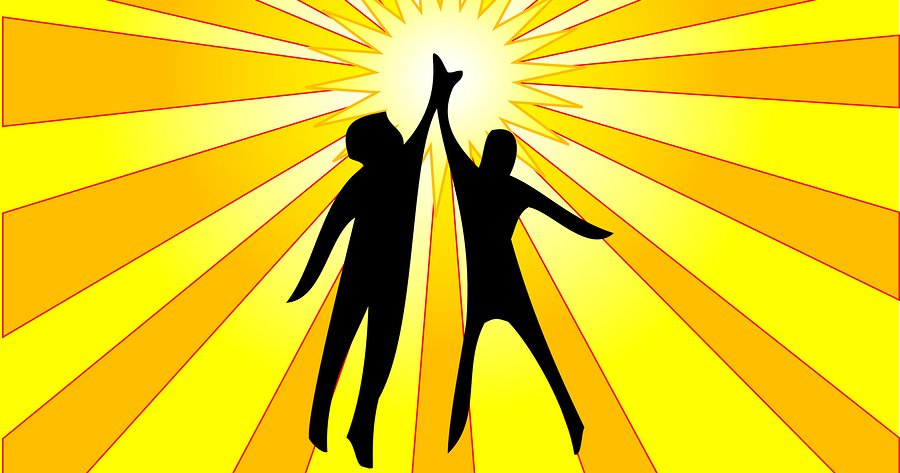 Last newsletter, we talked about all the ways peer reviewed studies can produce misleading results. If you haven’t read it already, you might want to give it a look. Although we only had a handful of online comments on the newsletter (all positive), we had a large number of readers who took the time to write in saying how much they enjoyed it, including one email from a nationally known MD who called it, “Cool…(enlightening, and maddening…but cool).” Check it out.

All this is to say, I now want to look at two paired studies published late last year in the New England Journal of Medicine (NEJM) that got major play in the press–with the previous newsletter in mind.

According to the studies, many people regularly supplement with vitamin D and fish oil in the hopes of preventing cancer and heart disease. Also, according to the studies, the evidence in support of these benefits has been mixed, and that’s what the researchers attempted to address. Both trials involved the same group of 25,871 participants who were randomly separated into four groups. All participants were healthy adults age 50 and older of different racial and ethnic backgrounds with no history of cancer or heart disease who took part in the VITAL research project.

After more than five years, researchers were unable to find any overall benefit. Specifically: 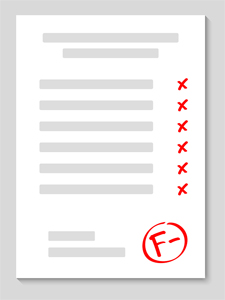 These results were obviously less than positive. According to Dr. Lawrence Fine, chief of the clinical application and prevention branch of the National Heart, Lung, and Blood Institute, a part of the National Institutes of Health, which funded the studies, both trials were negative. “Overall, they showed that neither fish oil nor vitamin D actually lowered the incidence of heart disease or cancer.”3 “Large study sheds light on effectiveness of vitamin D, fish oil in preventing heart disease, cancer.” NIH. NHLBI IN THE PRESS. November 10, 2018. (Accessed 11 Jan 2019.) http://www.nhlbi.nih.gov/news/2018/large-study-sheds-light-effectiveness-vitamin-d-fish-oil-preventing-heart-disease-cancer

Not surprisingly, the press was all over these results–mostly jumping on the vitamin D results–with headlines such as:

Okay, by now you’re probably asking yourself, “What problem does Jon Barron have with these studies? How did they end up with such bogus results?” Surprise, in truth, I have no problem with the studies, the methodology, or the results. On the other hand, I do have a big-time problem with how those results were interpreted and presented so as to encourage the press to produce majorly misleading headlines and consumers to draw some majorly misleading conclusions about the value of vitamin D and fish oil supplements. And, with that in mind…

In fact, the study results for fish oil were hardly as negative as you might be led to believe from the study’s conclusion and Dr. Fine’s comments. As it turned out, there was a beneficial effect when it came to one aspect of heart disease and fish oil–that being heart attacks! According to Dr. JoAnn Manson, the study’s lead researcher, analysis of a secondary endpoint, showed taking fish oil lowered the risk of heart attack by about 28 percent, which is a “statistically significant” finding. And let’s be clear, a 28 percent reduction in heart attacks is nothing to sneeze at.

It also needs to be noted that in a third study published in the same issue of the New England Journal of Medicine, patients were given a substance derived from fish oil, known as icosapent ethyl. The researchers found that patients given this substance were 25 percent less likely to die from heart disease, have a heart attack or stroke, be hospitalized for chest pain, or need procedures such as angioplasty, stenting, or bypass surgery. Given that icosapent ethyl is found in fish oil, these results provide further corroboration for the secondary endpoints found in the fish oil study that supplementation with fish oil is effective in protecting people from fatal heart attacks, strokes, and other forms of cardiovascular disease.8 Deepak L. Bhatt, P. Gabriel Steg, Michael Miller, et al. “Cardiovascular Risk Reduction with Icosapent Ethyl for Hypertriglyceridemia.” N Engl J Med 2019; 380:11-22. http://www.nejm.org/doi/full/10.1056/NEJMoa1812792

So, the bottom line with fish oil, and all omega-3 supplements for that matter, is that although they may have failed the primary endpoint criteria of one study, they are not useless when it comes to heart disease. And more importantly, heart disease is only one reason that people take omega-3 supplements–and even there, they can provide benefits that were not addressed in the study. Specifically, supplemental omega-3’s may:

That’s 30 studies showing the benefits of supplementing with omega-3 fatty acids. It would hardly seem to be a useless supplement. And remember, we supplement with omega-3 fatty acids to balance out our excessive intake of omega-6 fatty acids resulting from the medical community’s misguided promotion of polyunsaturated vegetable oils. An excess of polyunsaturated fats in the diet leads to a build-up of NEFAs (Non-Esterfied Fatty Acids) in the blood. And high levels of NEFAs have been associated with heart attacks. Supplement with omega-3’s, and you lower your NEFAs.  All of the health benefits associated with omega-3’s are the result of balancing out that excess. If you’re following a healthy Mediterranean diet and therefore not consuming excessive omega-6’s, then only minimal supplementation with omega-3’s is required. 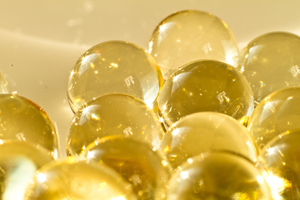 To repeat, the NEJM vitamin D study concluded that: “Supplementation with vitamin D did not result in a lower incidence of invasive cancer or cardiovascular events than placebo. That’s pretty damning except for the fact that it may not be correct, but even if it is, it’s highly misleading.

You can certainly question the correctness of its cancer conclusions for two reasons. First, the study itself noted that over the follow-up period, there were 341 deaths from cancer: 154 among participants who took vitamin D (1.1%) and 187 among those who took the placebo (1.4%). Although this difference represents 21% higher levels for the non-vitamin D group, it was deemed not statistically significant. It also should be noted that the researchers reported that the difference in cancer deaths between the groups started to widen over time. Now, add to that the numerous studies that have indicated that supplemental vitamin D does indeed lower your risk of cancer, and the misleading aspects of the NEJM study begin to become apparent. For example:

According to a study of over 5,000 postmenopausal women published in PLoS One just last June, vitamin D concentrations of 60 ng/mL or higher in blood plasma significantly reduced the risk for breast cancer among postmenopausal women.41 McDonnell SL, Baggerly CA, French CB, et al. “Breast cancer risk markedly lower with serum 25-hydroxyvitamin D concentrations =60 vs <20 ng/ml (150 vs 50 nmol/L): Pooled analysis of two randomized trials and a prospective cohort.” PLoS One. 2018 Jun 15;13(6):e0199265. http://www.ncbi.nlm.nih.gov/pmc/articles/PMC6003691/ Specifically, women with vitamin D levels of 60 ng/mL or more demonstrated an astonishing 82% lower risk for breast cancer, compared with those with vitamin D levels lower than 20 ng/mL (RR = 0.18). Take note that participants in the NEJM study supplemented with 2,000 IU of vitamin D a day, which will bring most people’s vitamin D blood level up to about 33 ng/mL. The Plos One study, on the other hand, pushed blood levels to almost double that at 60 ng/mL. You can draw your own conclusions as to what that means and what the value of vitamin D is when it comes to cancer.

But cancer aside, the far bigger problem I have with the NEJM study is that It’s misleading in the sense that most people don’t supplement with vitamin D to prevent heart disease and cancer. They use vitamin D for bone health and to optimize immune function. Yes, there are studies that show that if your vitamin D levels are too low, it makes you more prone to cancer, but that’s not the same thing as saying that any intake marginally beyond the RDI will offer any anticancer benefits. (As we saw, the Plos One study had to go significantly beyond RDI levels.) Regardless of levels, though, condemning vitamin D because it doesn’t prevent heart disease or cancer is a bit like condemning LeBron James because he’s not a great NFL quarterback. He happens to be one of the greatest basketball players of all time, but he doesn’t play football. That’s not to say he couldn’t. There’s nothing wrong with testing him to see if he can. Some people do play two or three sports well, but if he can’t, it doesn’t mean he isn’t a great basketball player. And just because vitamin D may or may not prevent heart disease and/or cancer, doesn’t mean it isn’t a crucial supplement for bone health and immune system support.

It’s also worth keeping in mind that up to 41.6% of the adult population in the US has a vitamin D deficiency (less than 20 ng/mL in their blood) according to a 2010 study,42 Forrest KY, Stuhldreher WL. “Prevalence and correlates of vitamin D deficiency in US adults.” Nutr Res. 2011 Jan;31(1):48-54. http://www.ncbi.nlm.nih.gov/pubmed/21310306 which correlates to a lot of chronic diseases that could be easily managed with supplementation. Incidentally, a 2012 study published in Osteoporosis International recruited patients with vitamin D levels less than 20 ng/ml and put half of them on 5,000 IU/day and half on 2,000 IU/day for three months.43 Diamond T, Wong YK, Golombick T. “Effect of oral cholecalciferol 2,000 versus 5,000 IU on serum vitamin D, PTH, bone and muscle strength in patients with vitamin D deficiency.” Osteoporos Int. 2012 Mar 16. http://www.ncbi.nlm.nih.gov/pubmed/22422304 After 3 months of 2,000 IU/day, the vitamin D levels averaged 30 ng/ml, meaning about half the patients were still vitamin D deficient. Not so with the 5,000 IU/day group. The average vitamin D level was 45 ng/ml (114 nmol/L), right in the “natural range.” You can see how the NEJM study with 2,000 IU a day is going to come well short of 60 ng/ml a day, which is where the anti-cancer benefits seem to be most pronounced. Just saying.

So, How Did We Get Here? 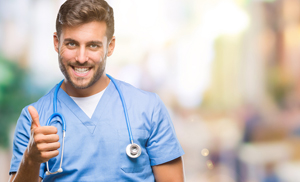 As I stated near the top of this newsletter, I have no problem with the NEJM studies, the methodology they use, or the results they saw. They are what they are. On the other hand, I do have a big time problem with how those results were presented, which encouraged the press to produce majorly misleading headlines, and consumers to draw some majorly misleading conclusions about the value of vitamin D and fish oil supplementation.

So, now you should have a better idea as to why I have a problem with the NEJM presentation of the studies’ conclusions. But to make it extra clear, I believe we ended up here as the result of three interrelated and connected events.

So, there are three bottom lines to walk away with here. 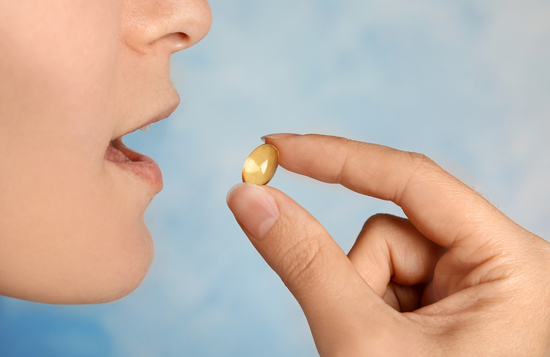