Skin Cancer from Your iPad? 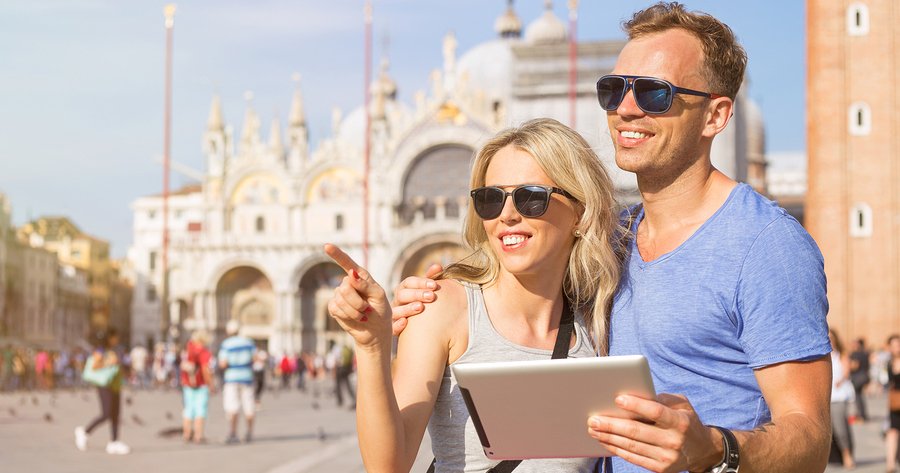 While most of us use our laptops, smart phones, and tablets predominantly indoors, there is a reason they are called mobile devices. We can use them on the go, and that means not only in a coffee shop, at the office, or in a friend’s house, but also while we are outside. You may be catching up on some work on your laptop in your backyard on a beautiful day or reading a book on your e-reader in the park during lunch. And we all know people who don’t stop checking texts and Facebook updates no matter where they are. But it turns out that these behaviors may not be as benign as they appear. New research suggests that the outdoor use of these devices may be linked to an increased risk of skin cancer.

The study, which was conducted at the University of New Mexico in Albuquerque, found that the screens of mobile devices may reflect the ultraviolet rays of the sun and indirectly boost the user’s exposure to potentially harmful wavelengths of light.1 Logue, Mary E. and Zlotoff, Barrett J. “Reflections on smart phones, tablets, and ultraviolet (UV) light: Should we worry? ” Journal of the American Academy of Dermatology. September 2015. Accessed 9 September 2015. http://www.jaad.org/article/S0190-9622(15)01806-X/fulltext Instead of human subjects, the scientists employed a mannequin head for the trial. The mannequin was adorned with a UVA/B light meter and placed in a field in Albuquerque, positioned to face a musician’s sheet stand.

The researchers then put a range of objects on the stand one at a time to measure the level of UV exposure that occurred between 11 a.m. and 12 p.m. while there was a UV index of 8. The items included a magazine, an iPhone 5, several models of iPads, two different Macbook laptops, and a Kindle e-reader. In one variation of the experiment, each object was placed at a distance of 16.5 inches from the UV sensor, while in another variation they were placed 12.25 inches from it. These distances were chosen because they represent the typical distance at which we view a computer screen and mobile phone, respectively. The mannequin head and object were also angled precisely the way most people hold and look down at a device.

Readings were taken from the UV sensor after each item was out for the prescribed hour. The scientists collected data on the levels of light reflected by each device in Joules per square centimeter and used the UV readings of the sheet stand when it was empty as a control to compare against. For the first version in which the items were farther away from the mannequin, the UV dosage exposure was found to be 46 percent higher for an open magazine than for the empty stand, a Macbook with an 11-inch screen produced a 75 percent higher exposure, and an iPad2 caused exposure to jump by a whopping 85 percent. The second version, during which the objects were positioned closer to the mannequin’s face, showed the iPhone5 raised UV exposure by 36 percent.

Now, we certainly can’t make the leap from these results to say using your tablet or laptop outdoors will give you skin cancer. A long-term study involving many people with diverse skin types would be needed to truly establish that association. However, that being said, we do know enough to say that high exposure to UV rays is a major contributing factor to the development of skin cancer and to draw the conclusion that the use of mobile devices outside might elevate your risk for the disease over time.

To protect yourself, try to limit the amount of time you spend looking at an electronic screen while outdoors. It’s a good idea to take a break from all devices after a while anyway to avoid eyestrain,2 “Digital Eye Strain Report 2015.” The Vision Council. October 2014. Accessed 10 September 2015. http://www.thevisioncouncil.org/sites/default/files/VC_DigitalEyeStrain_Report2015.pdf. and there’s really no good reason they have to join you outside. If you’re working, go outdoors for a break and leave the laptop on the desk. If you want to catch up on your reading, try a paperback instead–keeping in mind that even a magazine increased UV exposure by 46 percent. And if you’re catching up on news, games, or what your friends are up to, stop for a while to just smell the roses and enjoy nature’s bounty. For those occasions that you must take your mobile device on the go outdoors, be sure to wear sunscreen on your face, neck, and shoulders and don your UV rated sunglasses to keep as many rays at bay as possible. 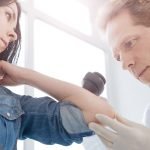