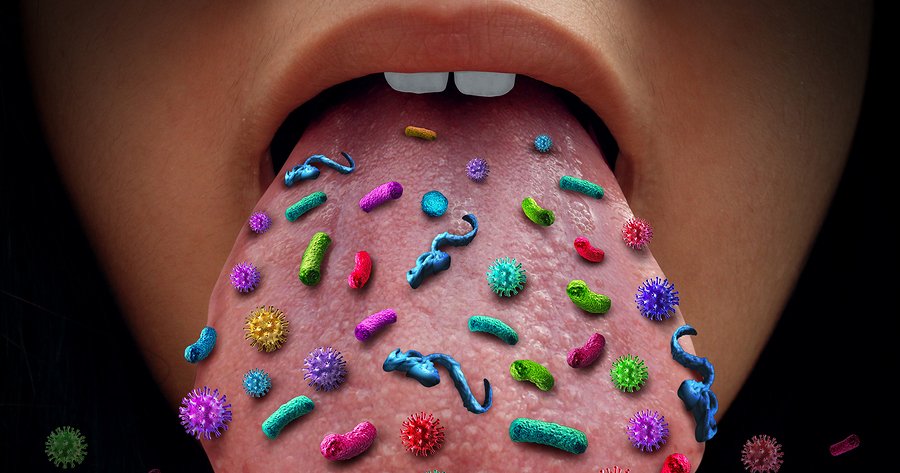 No matter how good your oral hygiene is, you’ve got lots of bacteria in your mouth. And that’s not a bad thing. Some of these bacteria are actually beneficial, helping to break down the foods you eat and aid in digestion. But other organisms can be detrimental to your health, and not just by promoting gum disease and tooth decay. New research suggests that certain forms of oral bacteria may be associated with a greater likelihood of pancreatic cancer.

The study, which was conducted at the NYU Langone Medical Center’s Laura and Isaac Permutter Cancer Center in New York, New York, found that the presence of two specific bacteria in the mouth may indicate an elevated risk of developing pancreatic cancer over time.1 Ahn, Jiyoung; et al. “Certain Oral Bacteria Associated With Increased Pancreatic Cancer Risk.” American Association for Cancer Research. 19 April 2016. Accessed 24 April 2016. http://www.aacr.org/Newsroom/Pages/News-Release-Detail.aspx?ItemID=876 The subjects were 140,000 healthy men and women who had provided oral wash samples to the National Cancer Institute and the American Cancer Society for use in long-term cancer risk investigations. These volunteers were tracked for a 10-year period, during which time 361 were diagnosed with pancreatic cancer.

While the study was not designed to prove cause and effect, it does show a significant link between the existence of these particular bacteria in the mouth in larger numbers and an elevated likelihood of receiving a pancreatic cancer diagnosis. The research was somewhat limited by the small number of participants included, however, and would benefit from being performed again on a much larger scale.

Despite that, though, the findings are in line with earlier studies that showed these two types of oral bacteria are tied to other kinds of health issues. A 1998 study at Ohio State University in Columbus found that the presence of Porphyromonas gingivalis in the mouth may increase the risk of periodontitis, a progressive condition that often results in tooth loss.2 Griffen, Ann L.; et al. “Prevalence of Porphyromonas gingivalis and Periodontal Health Status.” Journal of Clinical Microbiology. November 1998. Accessed 25 April 2016. http://www.ncbi.nlm.nih.gov/pmc/articles/PMC105308/ Similary, a 1988 study at the University of Pennsylvania in Philadelphia discovered that Aggregatibacter actinomycetemcomitans was a factor in periodontal disease.3 Slots, Jergen and Listgarten, Max A. “Bacteroides gingivalis, Bacteroides intermedius and Actinobacillus actinomycetemcomitans in human periodontal diseases.” Journal of Clinical Periodontology. February 1988. Accessed 25 April 2016. http://onlinelibrary.wiley.com/doi/10.1111/j.1600-051X.1988.tb00999.x/full

Periodontal health issues might seem a little more of an obvious connection, since it would be reasonable to think that oral bacteria would influence the area in which they are located more so than other parts of the body. But when you think about it, the pancreas is part of the digestive system, so it certainly stands to reason that harmful germs can make their way from the mouth to the pancreas and cause damage there as well. In addition, if the bacteria lead to periodontitis, then they would have direct access to the bloodstream and the pancreas through the infected tissue in the mouth–not to mention direct access to the lungs as bacteria in the mouth and throat are easily inhaled when breathing. And a 2007 study at the Harvard School of Public Health in Boston, Massachusetts showed that men with periodontal disease and tooth loss appear to be at greater risk for developing pancreatic cancer.4 Michaud, Dominique S.; et al. “A Prospective Study of Periodontal Disease and Pancreatic Cancer in US Male Health Professionals.” Journal of the National Cancer Institute. January 2007. Accessed 25 April 2016. http://jnci.oxfordjournals.org/content/99/2/171.abstract

We obviously do not have complete control over which bacteria take up residence in our mouths. However, we can positively influence our oral bacteria colonies by brushing and flossing thoroughly every day, eating a more nutritious diet, supplementing with proteolytic enzymes, and even oil pulling may help. It’s certainly in our best interest to do whatever we can to lessen our chances of developing pancreatic cancer, since this disease typically kills more than 95 percent of patients within five years of their diagnosis.

And of course, one of the major risk factors for pancreatic cancer is smoking, so if you are still addicted to tobacco, you need to quit. In fact, smoking may well be linked to the existence of the problem strains of bacteria in your mouth: A 2016 study by the same team of researchers as the current trial discovered major differences in the amount and combination of oral bacteria in the oral microbiomes of smokers.5 Wu, Jing; et al. “Cigarette smoking and the oral microbiome in a large study of American adults.” The ISME Journal. 25 March 2016. Accessed 25 April 2016. http://www.nature.com/ismej/journal/vaop/ncurrent/full/ismej201637a.html