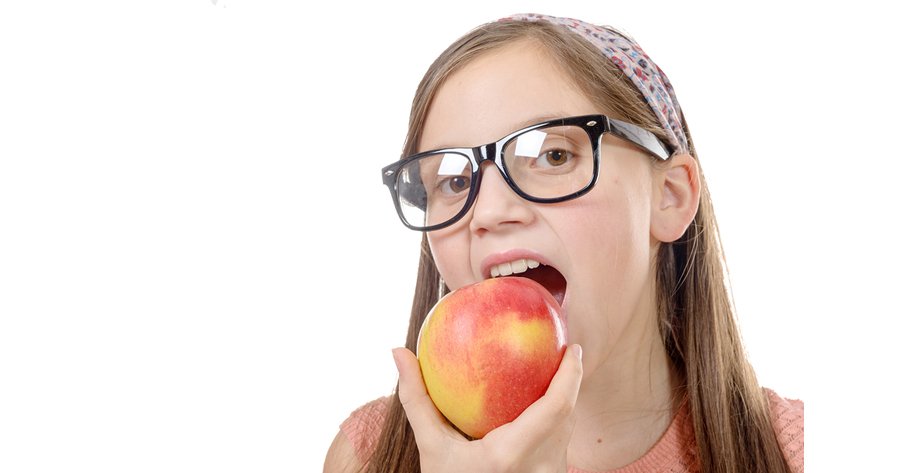 If you’ve been feeding your children nutritious meals and offering them lots of fruits, you’re getting them off to a great start for a healthy lifestyle. And if you’ve got daughters, these good eating habits may be even more important. That’s because new research suggests that consuming more fruit as a teen and young adult might help protect women from breast cancer as they get older.

The study, which took place at the Harvard T.H. Chan School of Public Health in Boston, Massachusetts, found that adolescent girls who eat greater amounts of fruit on a regular basis may have a lower risk of developing breast cancer over time.1 Farvid, Maryam S.; et al. “Fruit and vegetable consumption in adolescence and early adulthood and risk of breast cancer: population based cohort study.” BMJ. 11 May 2016. Accessed 15 May 2016. http://www.bmj.com/content/353/bmj.i2343 The subjects were more than 90,000 women between the ages of 27 and 44 who took part in the Nurses Health Study II, which began in 1989. Two years later, they were asked to complete questionnaires that had them recall their typical diet during their late teens and early adulthood.

Between 1991 and 2013, this group was tracked every four years, and the volunteers were told to recount their eating habits of the prior year. In addition, their breast health was monitored every two years. By a follow-up in 1998, a little more than 44,000 of the participants responded to another food-related survey. They were once again requested to remember the types of foods they consumed throughout their teen years.

During the more than 20-year course of the investigation, more than 3,200 of the subjects were diagnosed with invasive breast cancer. The scientists analyzed the data and determined that those who consumed greater amounts of fruits in adolescence had a lower risk of developing breast cancer years later. The fruits most strongly linked to a decreased likelihood of breast cancer were apples, bananas, and grapes. The participants who reported eating approximately three servings of these fruits daily in their youth were shown to have a 25 percent drop in the chance of a breast cancer diagnosis when they reached middle age compared to their peers who reported eating a half-serving of these fruits on a daily basis when they were younger.

The findings also pointed to consuming oranges and a lone vegetable, kale, as helping to lower the risk of breast cancer over time, but these did not have quite as much of an impact. Not surprisingly, drinking fruit juice regularly did not seem to offer any breast cancer benefit.

While this study has definite strengths in the size of its population sample and the length of time the volunteers were tracked, it also has a major flaw in the fact that the dietary information from which the conclusions were drawn are based solely on the memory of the subjects years later. It is impossible to know for certain the accuracy of their recall of earlier dietary habits. However, that being said, there is really no downside to encouraging our daughters to eat more fruit every day.

This is hardly the first time that fruits have been linked to cancer fighting. A number of studies have shown that apples are cancer protective2 Delphi L, Sepehri H, Khorramizadeh MR, Mansoori F. “Pectic-Oligoshaccharides from Apples Induce Apoptosis and Cell Cycle Arrest in MDA-MB-231 Cells, a Model of Human Breast Cancer.” Asian Pac J Cancer Prev. 2015;16(13):5265-71. http://www.apocpcontrol.org/page/apjcp_issues_view.php?sid=Entrez:PubMed&id=pmid:26225664&key=2015.16.13.5265 –including one just published two months ago.3 Fabiani R, Minelli L, Rosignoli P. “Apple intake and cancer risk: a systematic review and meta-analysis of observational studies.” Public Health Nutr. 2016 Mar 22:1-15. http://www.ncbi.nlm.nih.gov/pubmed/27000627 A 2010 study at the Beckman Research Institute of the City of Hope in Duarte, California showed that a substance in pomegranates can slow or even stop the growth of breast cancer tumors.4 Adams, LS; et al. “Pomegranate ellagitannin-derived compounds exhibit antiproliferative and antiaromatase activity in breast cancer cells in vitro.” Cancer Prevention Research. January 2010. Accessed 16 May 2016. http://www.ncbi.nlm.nih.gov/pubmed/20051378 And all kinds of fruit offer an impressive nutritional punch, with lots of vitamins, antioxidants, and fiber that contribute to our health.

How do you get your kids to consume more fruit? The simplest answer is to have it available. If you’ve got a good selection of fruit at home, your daughter (and son, too) may start to choose these as sweet treats instead of cookies or candies. Of course, you might need to help that along by keeping fewer sugary snacks on hand to let them get accustomed to eating natural snacks instead of processed ones. And a 2015 study at the Cornell University Food and Brand Lab in Ithaca, New York showed that it’s the foods that are in plain sight out on the counter that we munch on most often. So put your fruit in a pretty bowl in the kitchen and hide any junky snacks in the back of the pantry to make their choice easier.5 Wansink, Brian; Hanks, Andrew S.; and Kaipainen, Kirsikka. “Slim by Design: Kitchen Counter Correlates of Obesity.” Health Education & Behavior. 19 October 2015. Accessed 16 May 2016. http://heb.sagepub.com/content/early/2015/10/15/1090198115610571.full Have fun experimenting with recipes for fruit smoothies or frozen fruit too, so you can up their variety while also boosting the number of servings of fruits they’re having in all kinds of delicious ways.