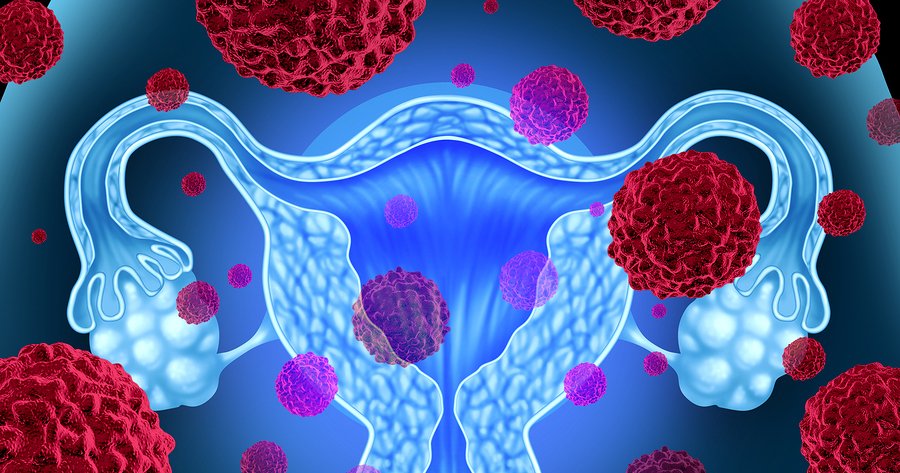 We’ve been told time and time again about the benefits of physical activity for our health. Yet the majority of us seem to still not be listening, as only roughly 20 percent of Americans meet recommended exercise guidelines according to the Centers for Disease Control and Prevention. And for women, that number is even lower at 18 percent.1 “Adult Participation in Aerobic and Muscle-Strengthening Physical Activities–United States, 2011.” Centers for Disease Control and Prevention. 3 May 2013. Accessed 26 June 2016. http://www.cdc.gov/mmwr/preview/mmwrhtml/mm6217a2.htm?s_cid=mm6217a2_w That’s bad news considering that two new investigations are offering evidence of just how essential exercise is in both the prevention and prognosis of one particular disease. The research suggests that a woman’s physical activity level may greatly influence her risk of developing and surviving ovarian cancer.

The studies, both of which were conducted by the same team of scientists at the Roswell Park Cancer Institute in Buffalo, New York, found that a sedentary lifestyle may be linked to a higher risk of ovarian cancer2 Cannioto, Rikki; et al. “Chronic Recreational Physical Inactivity and Epithelial Ovarian Cancer Risk: Evidence from the Ovarian Cancer Association Consortium.” Cancer Epidemiology, Biomarkers & Prevention. 6 May 2016. Accessed 26 June 2016. http://cebp.aacrjournals.org/content/early/2016/06/20/1055-9965.EPI-15-1330.abstract?sid=75611c83-0e4d-424e-911e-841e050ef817 as well as a greater chance of mortality in those with the disease.3 Cannioto, Rikki; et al. “Recreational physical inactivity and mortality in women with invasive epithelial ovarian cancer: evidence from the Ovarian Cancer Association Consortium.” British Journal of Cancer. 14 June 2016. Accessed 26 June 2016. http://www.nature.com/bjc/journal/vaop/ncurrent/full/bjc2016153a.html The subjects of the first study were more than 8,300 women diagnosed with ovarian cancer and more than 12,600 women who did not have the condition. All of the participants were asked to report the typical amount of activity in which they engaged.

After analyzing the data on exercise levels, the researchers discovered that volunteers who said they had not been involved in any form of recreational activity at any point during the last several years have a 34 percent greater chance of developing ovarian cancer than their counterparts who reported working out on a regular basis. What’s more, body mass indices (BMIs) were calculated and this association held true whether the subjects were of a normal weight, overweight, or obese.

The second of the studies focused mainly on the risks to women who already have a diagnosis of epithelial ovarian cancer, the most common form of this condition. The subject pool consisted of more than 6,800 women with ovarian cancer who were questioned about the frequency of their physical activity prior to their diagnosis. This information indicated that those who had been largely inactive for several years before they developed cancer had a 22 percent to 34 percent higher likelihood of death from the disease compared to their peers who had maintained a routine of some type of weekly exercise.

While neither of the trials was designed to prove cause and effect, they both clearly demonstrate some very probable positive effects of physical activity on ovarian cancer risk. There was no explanation of whether any types of exercise were more beneficial than others, but the point remains to increase our activity levels. And this is a particularly important condition for women to do everything they can to safeguard against, since the statistics surrounding it are terrible. It may not be the most common type of cancer, but there are estimated to be more than 21,000 new cases each year, according to the Ovarian Cancer National Alliance. Even worse, the five-year survival rate for ovarian cancer is just 45.6 percent.

Known risk factors for ovarian cancer include a family history of the disease, advanced age, use of hormone replacement therapy, and obesity. And since prevention is always the best course with any serious condition, you can lower your chances of developing ovarian cancer by losing excess weight, avoiding hormone replacement therapy, and raising your activity level. A 2011 study at Alberta Health Services-Cancer Care in Canada showed that numerous forms of cancer–including ovarian cancer–might be prevented if only people worked out more.4 Friedenreich, Christine. “Observational and Experimental Evidence for the Role of Physical Activity in Cancer Control.” American Institute for Cancer Research. 2011. Accessed 27 June 2016. http://www.aicr.org/assets/docs/pdf/research/rescon2011/Friedenrich-2011-Approved.pdf

And the current study’s finding of the protective benefits of exercise simply should not be ignored by anyone. It did not demonstrate the need for especially vigorous or daily workouts, either. All that women needed to do in order to lower their risk of developing ovarian cancer was some kind of regular physical activity. It is essential for all of us to carve out some time every single day to get a little exercise. Take a brisk walk, go for a bike ride, start a weight training or resistance routine–basically any mix of activities that you enjoy enough to stick with should do the trick.