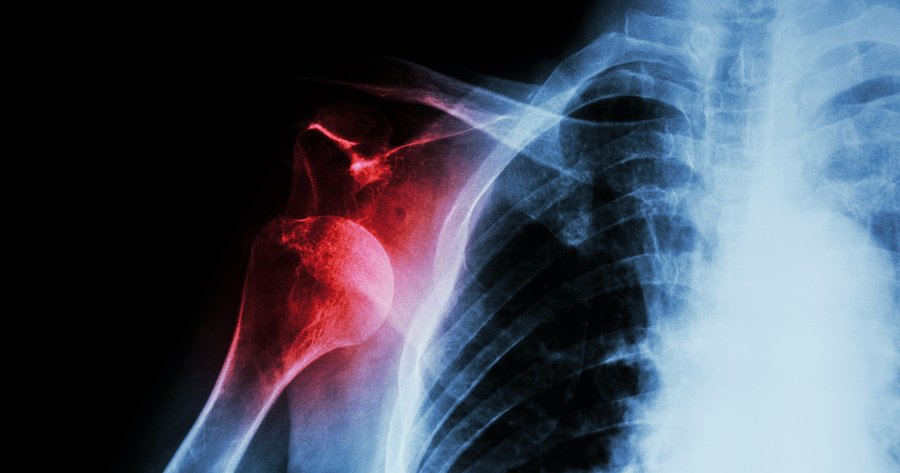 You’ve just dislocated your shoulder. It’s not much comfort that your doctor tells you it’s a very common condition, often occurring as a result of a sports injury, car accident, or fall. But you’re in pain, so when the recommendation is to schedule a surgery to realign the shoulder, you’re inclined to agree. After all, that’s standard procedure, and doctors have told their patients for years that dislocated shoulders will never heal properly on their own. However, there’s something you may want to consider before accepting your doctor’s prognosis at face value. New research suggests that a shoulder dislocation may heal just as well with non-operative treatment as it does with a surgical procedure.

The study, which was performed at St. Michael’s Hospital in Toronto, Canada, found that dislocations of the acromioclavicular (AC) joint in the shoulder tend to resolve equally well whether they are treated with surgery or nonsurgical options, and the recovery is frequently much better in those who do not have an operation.1 The Canadian Orthopaedic Trauma Society. “Multicenter Randomized Clinical Trial of Nonoperative Versus Operative Treatment of Acute Acromio-Clavicular Joint Dislocation.” Journal of Orthopaedic Trauma. November 2015. Accessed 25 October 2015. http://journals.lww.com/jorthotrauma/Abstract/2015/11000/Multicenter_Randomized_Clinical_Trial_of.1.aspx The subjects were 83 adults who had experienced moderate to severe AC joint dislocations. Roughly half were randomly selected to undergo a surgical procedure to correct the dislocation and go through rehabilitation. The other half received noninvasive treatment that involved wearing a sling and having rehabilitation.

The volunteers were tracked for two years after their initial diagnosis. Follow-up visits took place at regular intervals to monitor how the shoulder was healing, complications that arose, and patient satisfaction. At both six weeks and three months after the injury, those in the nonsurgical group had better movement of the shoulder than did their counterparts in the group that had undergone operations. By the three-month mark, more than 75 percent of the participants who had been treated without surgery had been cleared to return to work. In contrast, just 43 percent of those who had the joint surgery were ready to work again.

The only area in which the surgery group appeared to come out ahead was their satisfaction with the appearance of their shoulder. One year post-injury, just five percent of the volunteers who had surgery were displeased with the shoulder’s appearance, versus 16 percent of the nonsurgical group. At the two-year mark, the dissatisfaction level in surgery recipients was four percent, while it actually rose among those treated without a procedure to 21 percent. During a repair operation the surgeon manipulates the joint correctly into place, whereas with sling treatment the injury heals but joint prominence or asymmetry main remain. (More on this later)

But unless you are a shirtless male model or a woman who wears off-the-shoulder attire all the time, a little asymmetry to your shoulders is probably something that no one except you would even notice. Nor is this the first time that a common shoulder surgery has been found to be unnecessary. A 2014 study at Turku University Hospital in Finland showed that rotator cuff injuries also resolve just as well with physical therapy as they do with surgical procedures.2 Kukkonen, J.; et al. “Treatment of non-traumatic rotator cuff tears: A randomised controlled trial with one-year clinical results.” The Bone and Joint Journal. January 2014. 26 October 2015. http://www.ncbi.nlm.nih.gov/pubmed/24395315

When the pros in favor of nonsurgical treatment include not having to undergo anesthesia and the inherent risks of an operation, far lower chances of developing a complication, an easier recovery period, and much faster return to work, it almost seems shocking that anyone would ever opt for the surgical solution. So if that’s what your doctor is recommending, it would probably be in your best interest to get a second opinion. This study was very small, and there might be some cases for which surgery truly is necessary, but it’s always worth being well armed with knowledge before you make any decision.

Note: Jon Barron has talked about the shoulder dislocation he suffered about 10 years ago. He also used a sling for several weeks and then did yoga exercises that worked the shoulder area–gently at first, then building in intensity over several months. (He has done yoga exercises for the last 50 years.) He particularly emphasized the eagle arm pose, which literally pulls the shoulder back down into place, plus several poses to stretch the ligaments and maintain full mobility. The net result is that he was able to get his shoulder to fully return to its original position without surgery–and without the need for a metal plate. 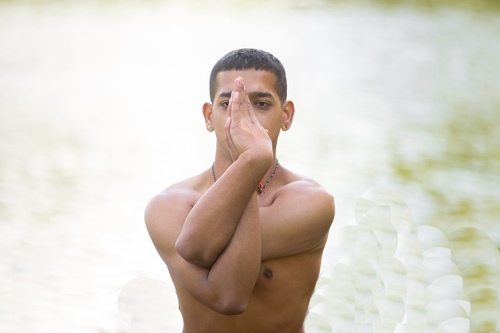 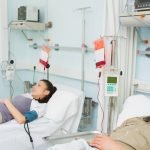 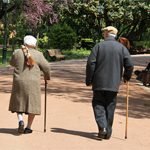